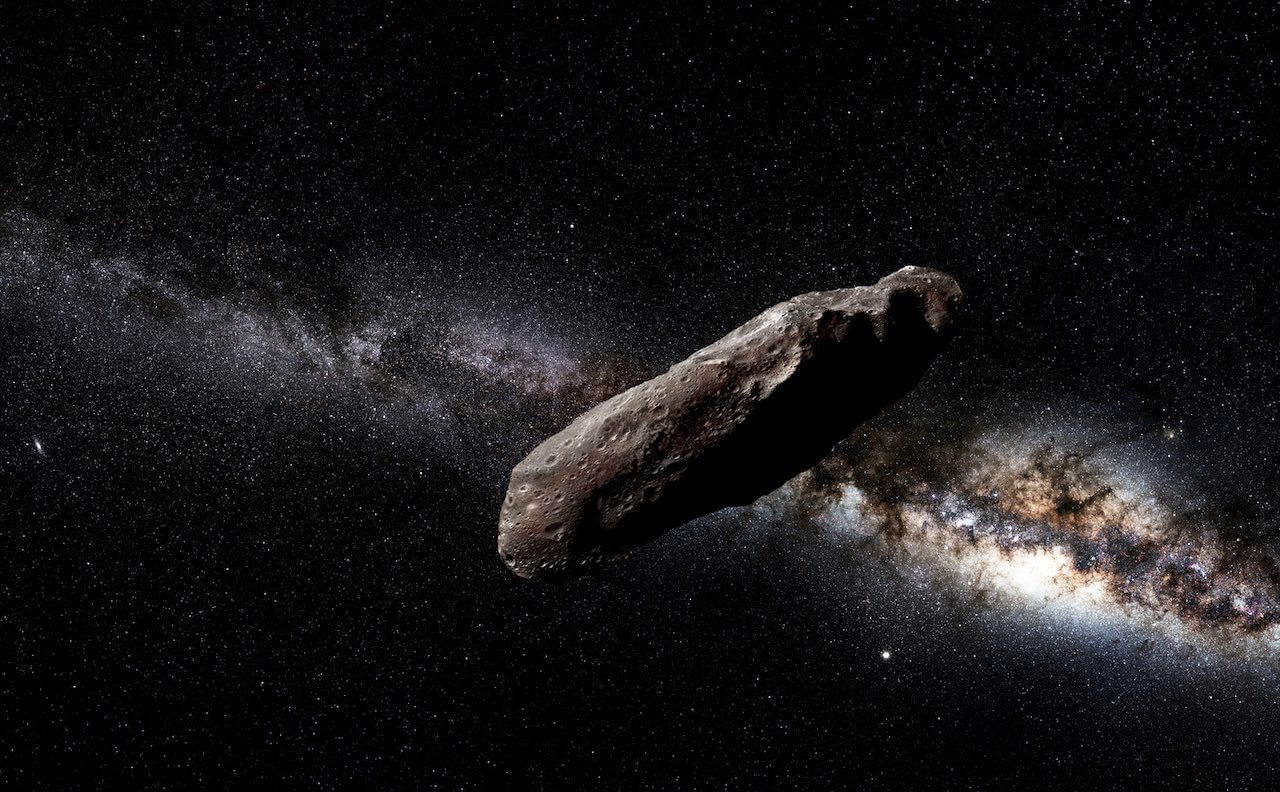 The story of ‘Oumuamua begins in October 2017 when it was discovered by Robert Weryk using the Pan-STARRS telescope atop Hawaii’s Haleakalā volcano. Astronomers quickly realized that ‘Oumuamua was something special: The object was hurtling through the Solar System on an unbound “hyperbolic” orbit.

It came from the stars. Dramatic changes in the object’s brightness suggested that it was tumbling and asymmetric–thin and wide like a cigar or perhaps a pancake.