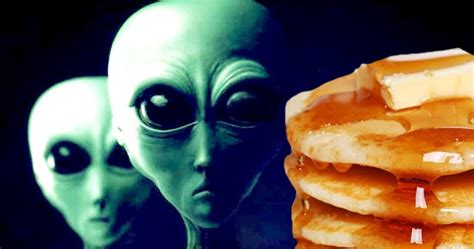 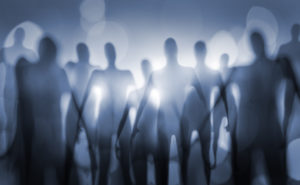 Some people seemingly don’t get too worked up about encountering aliens. Among them is Joe Simonton. On April 18, 1961, in Eagle River, WI, a spaceship landed near his home and “Italian-looking” aliens disembarked. Of all things, the aliens evidentally set up a grill and started making pancake-like foodstuffs. Rather than abducting or threatening Simonton in any other way, they asked him through mime to fill a jug with water, which he did. When he came back, he saw the aliens had finished making some food and asked for some. He got four cakes, one of which he ate. Later he sent a few to local universities, which reported that the ingredient were all of earthly origin. If Simonton could encounter beings from beyond our world or understanding and mostly think to just fill their jug with water, it must be said that perhaps he was even stranger than the creatures he claimed to have seen. Reportedly much more bothersome to him were all the journalists that kept coming to the farm and interfering with his work.