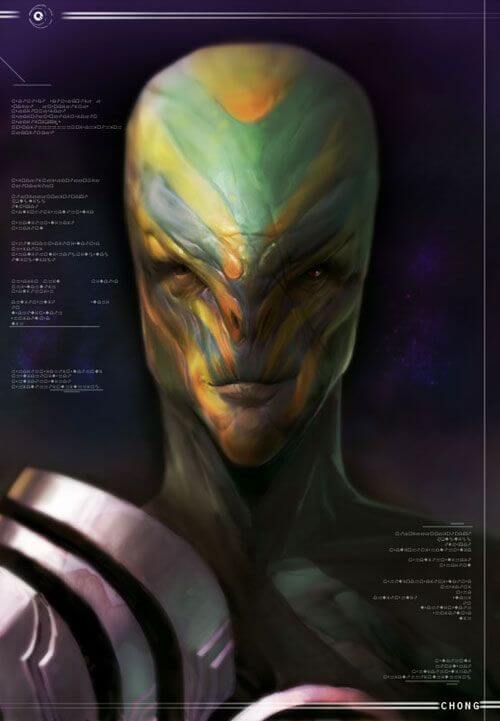 The American Indians have similar myths, and some of them are relatively recent, that is, they arose already in the twentieth century.

Ufologist Ardy Sikkiller Clark hails from the Indian tribes of the Cherokee and Choctaw and She is a professor of history at the University of Montana Indians. Clark lectures on the history of the Indians and their current plight, as well as their myths and legends, some of which have alien themes.

“Stories like these differ depending on the tribal groups, so it’s hard to say if there is any definite connection between them, but there is no doubt that these stories are really very strange. Some of them say directly that you can fly away into the sky and travel in a ship along the Milky Way, and when you die, you find yourself in some place, which is also in the Milky Way.

And in general, there is a general idea that space plays a big role in the death and afterlife of a person and that in fact people never really die. They just go into some other dimension and can communicate with the living from there, “said Clark.

According to Clarke, there are many legends in her archives that tell about the “Star People” or entities that came from the sky in flying “vessels” and taught the Indian tribes different wisdom. And there are even stories that these entities could have sexual intercourse with people and after that hybrid children were born.

They are rarely directly described as aliens from outer space, mostly they are called spirits or gods who came to the Indians from another kingdom.

Clarke even wrote a book about such stories at one time, entitled Encounters With Star People: Untold Stories of American Indians.

The story, which will be discussed below, was told to her by an Indian named Harrison, a member of one of the tribes from the northern plains. This story took place in 1945, that is, two years before the Roswell incident and the All-American UFO craze.

Harrison was only 12 years old at the time. One evening he was sitting at his grandfather’s house when both of them heard a terrible rumble outside and their house shook like an earthquake. They ran out into the street and saw their horses rushing away from fear.

In the morning, Harrison’s grandfather went to look for horses, but soon returned home alarmed. The boy asked him what had happened, and he only told him to follow him.

They walked a little to the field and there the grandfather showed him to a large fresh hole in the ground, at the bottom of which was a large metal object with an open opening on the side. The object appeared to be severely damaged as if it had fallen from a great height.

He later said that when he looked inside the object, he saw several humanoid creatures there, which were very tall, at least 2.5 meters. They were dressed in green jumpsuits, and the skin on the free areas of their body was translucent so that through it one could see blood vessels and flesh.

The eyes of these creatures were of an indeterminate color, as they constantly changed color from one to another. The creatures looked very surprised at the sight of the person and even seemed to be afraid of him. They tried to move away from the man, and when he took a step towards them and tried to speak, they suddenly disappeared – disappeared into thin air.

However, they did not disappear for good. During the next few days, these strange “star people” were seen by Harrison and his family near their home. The creatures always kept aloof and disappeared without a trace at the slightest attempt of people to come closer to them.

Therefore, people soon gave up their attempts to approach them. They simply watched the “star people” from a distance and saw that they walk on the ground and pick up something from it – stones, plants, as if collecting samples for study.

Harrison’s grandfather tried to be friendly with them, he repeatedly called them to enter the house, showed them food several times, offering to try it. And finally, it worked – the aliens began to come closer and closer, and then they got in touch with Harrison’s grandfather and “invited” him to visit their ship again, which was still lying at the bottom of a large pit.

The creatures communicated with Harrison’s grandfather using telepathy. When he boarded their ship, they told him about their “kingdom”, which they described as a very arid and desolate place with a harsh climate. Because of this, the aliens were forced to live in underground cities under large domes.

They said that they had visited Earth for thousands of years, but very rarely came into contact with people, but only watched them from the side, studying them as people study wild animals.

Further, “Star People” told Harrison’s grandfather that during the entire time of their arrivals, two of their ships crashed on Earth and that they themselves are now waiting for help from a large mother ship, which is somewhere in space.

While inside their ship, Harrison’s grandfather saw many strange and bizarre-looking devices with technologies beyond his understanding.

Some time passed and one night the Harrison family heard a loud noise, and when they went outside, they saw a huge cylindrical object in the sky, which hovered over a field where there was a crater with a damaged ship. When they went to this place in the morning, there was no ship with its strange crew in the pit.

What do you think about this incident?