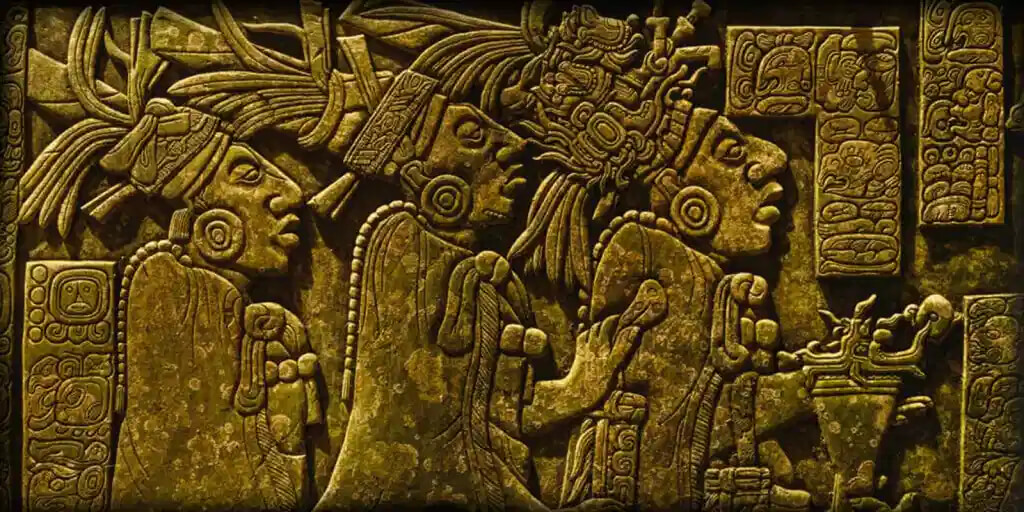 In the Mayan culture, Itzamná is considered to be the supreme god who created the world. He is often designated as the most powerful god in the universe, not by strength but his tremendous knowledge of writing, food, medicine, etc. He is the Mayan pantheon of gods who taught Mayans how to become civilized and established rituals for religious worship.

He is often associated with divination. Mayans believed that Itzamná together with an old goddess Ix Chel created a supreme couple who gave birth to all other gods. It should be noted that in some of the codices, Itzamná is called “God D” in the pre-Columbian era and also linked with the sun god Kinich Ahau. He is sometimes also known as the creator of “Hunab Ku” who was identified as the only true God of the people of Yucatan.

The meaning of Itzamná in the Mayan language is a lizard or large fish. He has many avatars and is known by the different names in different eras. For example, in the mesoamerican culture, Quetzalcoat or Feathered Serpent God was the white god who visited Earth. In the Post Classic period, he was known to Mayans as Kukulkan. In his other form, he is shown as a two-headed caiman which describes the duality of the universe as per Mayan beliefs.

Mayan manuscript “Ritual of the Bacabs” shared the “knowledge of colonial Yucatec Maya women through the interpretation of documentary evidence of three indigenous rites meant to facilitate women’s perinatal health and successful childbirth.” The manuscript holds the healing chants that helped Maya women during the perinatal period. With time, many pre-Hispanic deities have been replaced by Christian saints. In Dresden Codex, there is an image where the aged god Itzamna emerges from the gaping maw of a reptilian being.

Sometimes archeologists refer to Itzamná as the reptilian or Celestial Monster representing the reptilian structure of the universe, according to Mayans. In his final form that he assumes in the underworld known as God D, he takes the form of a skeletal crocodile.

His images from the codex, wall paintings, and sculptures describe his human form as an old man. He is a wise priest with a hooked nose, large square eyes and wears a cylindrical headdress.

Itzamná has several supernatural skills that made him an important deity in the Mayan culture. He is regarded as the inventor of medicine and also taught Mayans how to create calendars. Mayans created different calendars to determine the perfect time for performing agricultural and rituals tasks.