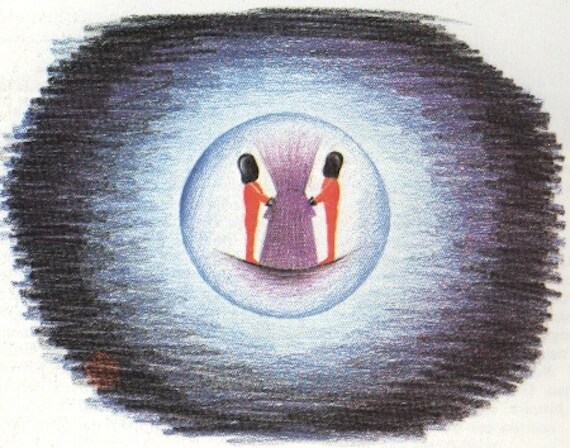 Since 2018, the number of UFO sightings has increased by 283% in New York city, according to the New York Post. Some people call them just a hoax while others really believe that they are ET crafts. In the midst of it, 1976 UFO sightings in the Spanish Canary Islands are considered to be the most notable UFO encounter witnessed by thousands of locals. This sighting does not only include a UFO, as some people claimed to have seen two aliens sitting in the transparent craft.

This spectacular event was first described in the report entitled “Unidentified Flying Objects Briefing Document: The Best Available Evidence” by the author, journalist, and aviation historian Don Berliner in the mid-1990s. Besides, this report was financed by philanthropist Laurance Rockefeller and was sent to the White House and US congress.

On June 22, 1976, a huge craft appeared over the Canaries. It was observed by the hundreds of residents of Tenerife, La Palma, and La Gomer. Newspaper headlines stated that the UFO phenomenon lasted for 20 minutes.

On the night of June 22, at the first UFO was spotted by the crew of a Spanish Navy patrol ship Atrevida, which was near the coast of Fuerteventura at 9:27 p.m. The entire crew was stunned by an extremely bright yellow-blue light, moving from the coast toward the ship. At first, they presumed the strange craft as an aircraft but after some time, it stopped in the air and hovered above the ocean. A luminous beam of light from it began to rotate. Although the show lasted for 40 minutes, according to the captain, the ship’s radar did not show any vessel near them.

The testimony of the ship’s captain was considered the most credible source in the UFO sightings.

There are dozens of reports on the UFO sightings collected on the same night from the different witnesses that included a doctor, a school teacher, cab drivers, security guards and others. Among them, the strangest description was given by Dr. Francisco Padrón León, a resident of the city of Guia, who was in a cab at the time of the incident. His story added a new phase in the Canary Islands UFO sightings, because it included the presence of two humanoids in the transparent spherical craft.

He said that when he reached his destination (the town of Las Rosas), he saw a bright spherical object hovering off the ground and 30 meters in radius. Dr. León claimed to had seen two humanoid figures, 8 to 10 feet tall, wearing red suits, and there were helmets on their heads.

Dr. León could not believe his eyes, so he asked the driver if he also could see it. The cab driver’s reaction was almost the same as the doctor’s. Both of them were shocked by the view. They were just at a short distance from the patient’s house.

Dr. León noticed a bluish smoke coming out from a tube at the center of the object. Within moments, the object grew as tall as a 20-floor building. He could not stop himself and rushed to the patient’s house to inform everyone about the UFO. When the people came out, the UFO had already gone, disappeared into the sky.

In both cases, the witnesses noticed a formation of a halo close to the mysterious sphere.

All information gathered from the witnesses contained illustrations, hand sketches, and other documents. What’s more, a colored UFO photo was taken by a tourist. According to the Spanish Air Force, there was no air traffic or military exercises on that night, which added a bit more authenticity to those UFO sightings.

Throughout the year 1976, several UFO sightings were recorded over the Canary Islands. The witnesses never denied whatever they had seen that night. On November 14, 1979, a Spanish pilot named Captain Javier Lerdo Tejada had to do an emergency landing of Caravelle jet aircraft, flying from Salzburg to the Canary Islands, after two UFOs buzzed him.

“Whatever the objects were, they were certainly interested in my piece of metal. I saw two very strong red lights. I first saw them when they were at 23,000ft. They appeared to be 15 miles away. At 28,000ft they were half a mile away and at 29,000ft they were on top of me on a collision course.”

Tejada has experience of nine years in commercial flights and also served in the Spanish Air force for six years.