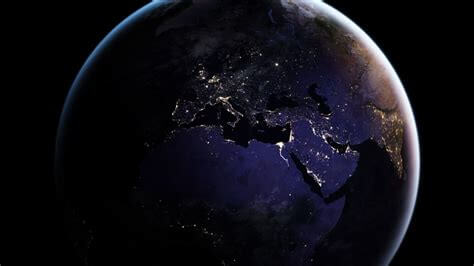 As humanity ramps up its search for alien life, we should keep in mind that E.T. might be hunting for us as well.

Astronomers are working hard to catalogue all of the exoplanets visible from Earth, but now two researchers have turned the idea around, to look at which exoplanets are getting a good view of Earth in return.

It turns out there are 1,004 (and counting) main sequence stars, similar to the Sun, with orbiting Earth-like planets that probably have an opportunity to detect chemical traces of life on our own planet. If there are aliens up there, they can see us.

These stars are all within 326 light-years (100 parsecs) of Earth, with the study focusing on the closest exoplanets first.

Data from NASA’s Transiting Exoplanet Survey Satellite (TESS) star catalogue and the Gaia star map was used to make the calculations, and over time the star systems that can view Earth will change.

“If aliens were out there searching, they would be able to see signs of a biosphere in the atmosphere of our Pale Blue Dot,” says astronomer Lisa Kaltenegger, from Cornell University. “And we can even see some of the brightest of these stars in our night sky without binoculars or telescopes.”

To spot Earth, astronomers on these exoplanets would need to use the same techniques we do to catalogue a distant object: watching as Earth passes in front of the Sun to figure out the makeup of our planet’s atmosphere, known as a transit observation.

The Earth’s ecliptic, or the plane of Earth’s orbit around the Sun, is crucial in working out which exoplanets can see us. It tells astronomers where exoplanets with a good view of Earth are going to be located – in other words, from which deep space vantage points our spinning rock will appear as a transiting planet.

Of the 1,004 stars identified with potentially habitable zones, 508 offer their surrounding planets a minimum of a 10-hour observation window of Earth with each orbit. Most of the stars – 77 percent – are M-type or red dwarf stars, the smallest and the coolest of main-sequence stars.

“Only a very small fraction of exoplanets will just happen to be randomly aligned with our line of sight so we can see them transit,” says physicist Joshua Pepper, from Lehigh University. “But all of the thousand stars we identified in our paper in the solar neighbourhood could see our Earth transit the Sun, calling their attention.”

The TESS space telescope has already proved phenomenally useful since it went into operation in 2018: It’s been busy identifying our next-door neighbours in space, and solving mysteries about the edges of our Solar System, as well as looking for the most Earth-like exoplanets in the cosmos.

When the NASA James Webb Space Telescope finally launches, studying space in the infrared spectrum, it will give us even more information about the composition of exoplanets, aliens and the story of the early universe.

For now, the researchers think their work could be used to narrow down the search for extraterrestrial life in the future – if we want to find exoplanets that might have spotted us as well as us spotting them, for example.

“If we found a planet with a vibrant biosphere, we would get curious about whether or not someone is there looking at us too. If we’re looking for intelligent life in the universe, that could find us and might want to get in touch, we’ve just created the star map of where we should look first.” says Kaltenegger.”