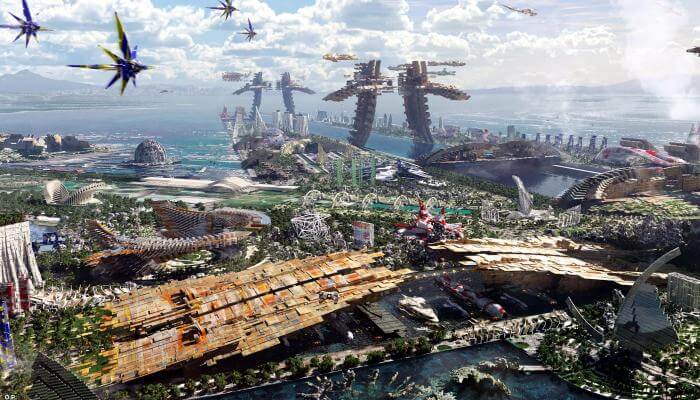 Astronomers from Harvard University have come up with a bold idea. According to them, extraterrestrial civilizations can use supernovae to accelerate spacecraft to near light speeds.

Abraham Loeb has definitely a passion for interstellar travel. Last year, he and colleague Amir Siraj announced the discovery of the first interstellar meteor. Recently, the same duet of researchers calculated how many such meteors accelerated by supernova explosions should hit the Earth’s atmosphere every month.

Now, the enthusiast of conquering the vastness of the Galaxy has taken the next step. Together with Manasvi Lingam he analyzed the prospects for using supernova explosions and other space disasters to launch interstellar probes. Scientists set out their findings in a preprint of a scientific article published on arXiv.org. In addition, Loeb talked about his idea on the pages of Scientific American.

Recall that Loeb is the chairman of the Advisory Committee of the Breakthrough Starshot project, which is funded by Russian billionaire Yuri Milner. Enthusiasts hope to create a probe weighing about a gram, which will reach the Alpha Centauri in just 20 years. To do this, he will have to accelerate to 20% of the speed of light and cover a distance of four light years. Proponents of the idea believe that a powerful laser could give the ship the necessary acceleration by acting on a thin sail. At the same time, ten gigawatts (!) of laser power should fall per square meter of sail. This is about ten million times more energy than a square meter of the earth’s surface receives from the Sun.

Critics doubt the realism of this idea. They point out that such a powerful laser beam would simply vaporize the probe, no matter how perfect the sail was. In addition, it is unlikely that the design can withstand the acceleration that it is supposed to give it. There are other difficulties.

Despite all these objections, Loeb is full of optimism. The task of creating interstellar sailboats seems to him difficult, but solvable.

In a new article, an astronomer develops a bold idea: to use light or a stream of protons from a supernova burst instead of a laser beam. According to his calculations, a sail with a density of less than 0.5 grams per square meter could provide the apparatus with acceleration to 0.1 of the speed of light.

What a favorable contrast in comparison with the capabilities of our star! Sunlight is able to disperse the same probe only to thousandths of the speed of light, even if the ship will initially be at a distance of ten solar radii from the star. The thing is that a typical supernova releases a billion times more energy than our star in a month.

True, this idea raises a number of difficult questions.

First, in order to deliver probes to a future supernova, one must either live in its system or master interstellar travels. In the first case, aliens will have more important problems than launching probes: after all, a disaster will surely destroy their planet. In the second, it may be more convenient for them to send their devices using the already available interstellar engines (by the way, it is very difficult to imagine how they could be arranged).

Secondly, you need to know exactly when the outbreak will occur. Earth astronomers so far can predict such disasters only with an accuracy of ten thousand years . Perhaps alien scientists will be more versed in this matter.

Thirdly, before the explosion, the star emits intense streams of radiation, gas and dust into the surrounding space. So that they do not take the probe away from the star and do not damage it, the sail should be folded until the very hour X.

Fourth, at sublight speeds even microscopic dust particles will pierce the sail like cannonballs. In addition, he will rake interstellar gas in front of him, like a bulldozer. As soon as the mass of gas collected becomes comparable with the mass of the probe, the sail will begin to work like a brake. To avoid this, Loeb offers to fold the sail immediately after a short stage of acceleration.

Finally, all claims to the strength of the probe, the ability of the sail to reflect light and so on, expressed to Breakthrough Starshot, remain valid for “supernova sailboats”.

It is possible that some problems can be avoided if, instead of light, a proton flux is used as a “tailwind”. Such sails could use not only supernova explosions, but also particle flows from pulsars, black holes and other objects.

The authors admit that the galaxy is plowed by a fleet of such probes , and they suggest searching for their radio signals .