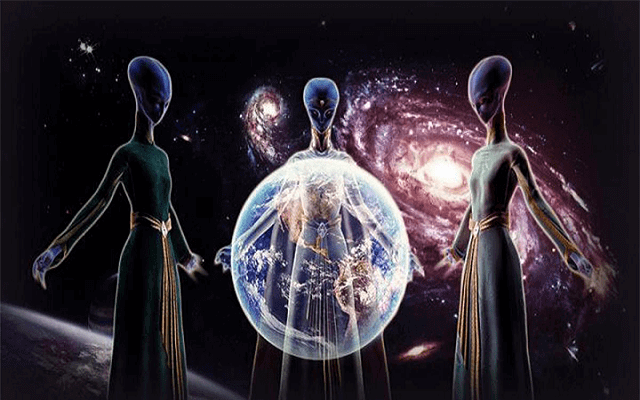 Mankind Has Been Under Observation For Thousands Of Years.

UFOs and aliens are not the product of overactive imaginations.

UFOs and aliens do exist. Aliens continue to watch humans, and have made contact with us many times. However, science, religion and governments have withheld vast amounts of information about what UFOs and aliens are in order to protect their own interests.

UFOs and aliens are parts of human history, and they appear repeatedly in art forms from the time of cave drawings to the present. UFOs and aliens are mentioned in every religion since the dawn of time, each describing them in very similar fashions. Alien and UFOs are recognized as real by the vast majority of humans, and as you will read, many world leaders have also publicly admitted that UFOs exist:

I don’t laugh at people any more when they say they’ve seen UFOs. I’ve seen one myself!
– President Jimmy Carter

Extraterrestrial contact is a real phenomenon. The Vatican is receiving much information about extraterrestrials and their contacts with humans from its Nuncios (embassies) in various countries.
– Monsignor Corrado Balducci (Pope’s Vatican Commission looking into Extraterrestrial Encounters)

There is no doubt that we have been, and currently are, under observation by extraterrestrial life.

We are imprisoned on planet Earth, and can only speculate about what is being said about us. But be assured there will come a day of reckoning, a day when everything about unidentified flying objects and aliens will be made known to us. It will most likely unfold in one of two ways; 1) We will repair the genetic flaw(s) that cause our mental illness and criminal behavior and be welcomed back into intergalactic society, 2) or we do nothing, and find ourselves fighting a war that we cannot, and will not win.

The monitoring and assessments of humans conducted by aliens in UFOs for the last fifty thousand years were to monitor our developments and any threat of escape. The clock is ticking, the countdown has begun. With each new advance that humans make toward interstellar travel and intergalactic residence, we expedite an inevitable confrontation with our extraterrestrial relatives, and possibly other intelligent life forms. It will not be a war of one country against another, but of one world against worlds too numerous to count.

With control of the universe at stake, a crash program is imperative. We produced the A-bomb, under the huge Manhattan Project, in an amazingly short time. The needs, the urgency today, are even greater. The Air Force should end UFO secrecy, give the facts to scientists, the public, to Congress. Once the people realize the truth, they would back, even demand, a crash program…for this is one race we dare not lose.
– Major Donald E Keyhoe, United States Marine Corp, Director NICAP

The next world war will be an interplanetary war. The nations of the earth must someday make a common front against attack by people from other planets. The politics of the future will be cosmic, or interplanetary.
– General Douglas MacArthur (the only American military officer ever to hold the rank of Field Marshall)

Let there be no doubt. Alien technology harvested from the infamous saucer ‘crash’ in Roswell, New Mexico, in July, 1947, led directly to the development of the integrated circuit chip, laser and fiber optic technologies, particle beams, electromagnetic propulsion systems, stealth capabilities, and many others! How do I know? I was in charge!
– Colonel Philip Corso (Army Intelligence officer, former head of the Foreign Technology at the U.S. Army’s Research and Development department at the Pentagon)

Why did an alien spacecraft crash near Roswell, New Mexico?

Despite an amazing amount of information about the Roswell crash, the mystery remains as to why it happened. Mechanical failure, power failure, and operator failure are among the list of suggested reasons. But, perhaps the ‘crash’ was not a crash at all, but rather it was caused by another UFO. In fact, two UFOs were reported by a native American person just before the crash. He stated it appeared that one was ‘chasing’ the other across the sky.

There are two possibilities for the UFO being destroyed:

The huge number and variety of unidentified flying object sightings throughout history provide us with excellent proof that we are being monitored and assessed by aliens. And, because of our rapidly evolving detection technologies, we are now being watched much more covertly, and yet much more closely than ever before.

As we move ever closer to deep space exploration, we also move even closer to the determination of our fate.