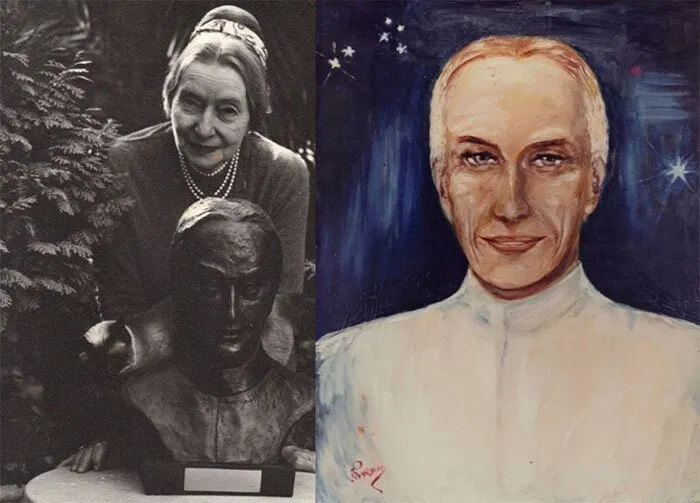 For about 4 months, Elizabeth Klarer, a South-African woman, lived on a planet of Proxima Centauri, where she fell in love with an alien that had brought her there. The history of Elizabeth Klarer is one of the most bizarre and unusual in ufology. She was the first woman who claimed to have sexual relations with an alien.

At the same time, the woman assured that everything she had told was true, particularly, falling in love with an alien, the birth of a child from him, and a journey through colorful starry worlds.

Klarer had led an active life before she was abducted by aliens. She was interested in music, aviation, and meteorology. And during World War II, she served in the Royal Air Force, which characterizes her as a sane woman and a patriot of her country.

However, in 1956, the woman’s life turned upside down. The lady stated that she had been abducted by an astrophysicist named Akon from Meton, a planet of Proxima Centauri that, at a distance of about 4.3 light-years. She even painted the alien’s portrait.

Elizabeth and Akon had a son together. It is not clear for what reasons, but she did not paint the image of her own son, perhaps because she had seen him for a short time. The hybrid child was forced to stay on the planet Meton, where Elizabeth’s love story took place. The woman was forced to return to Earth after four months of living on another planet. To her great regret, she began to have heart problems, which were caused by the magnetic field of a new planet for her.

Akon and the others told Elizabeth that they were actually from Venus and that they had lived on it before it turned into a cold chunk of stone. When Venus died, they flew to a planet called Meton and now live there. They noted that when Venus was a normal planet, there were many planets like the Earth.

They said that Venus had died due to the fact that its orbit changed, and it came too close to the Sun. And when they realized that the irreparable would happen, they began to fly away from Venus in search of other worlds and used the Earth and the Moon for temporary stops.

Elizabeth learned that the Venusians still have their bases on Earth, the Moon, and also on Mars, and they regularly visit them because they feel responsible for the fate of earthlings and want to make them more developed.

After her extraterrestrial experience, she wrote the book “Beyond the Light Barrier,” where she tried to convey a message of peace, love, and care about the environment. She believed that the highest authorities deliberately hide this information from the public and do not want universal love to live in the hearts of people.