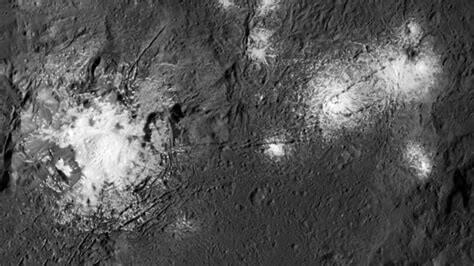 According to the researchers, an alien light spotted on the dwarf planet Ceres could signify evidence that the faraway world is not dead.

Ceres is the largest object in the asteroid belt that lies between the orbits of Mars and Jupiter, a little bit closer to Mars.

NASA’s Dawn spacecraft initially detected the bright points on the dwarf planet Ceres. They said they could be a signal for a subsurface ocean thereupon and discovery of life. 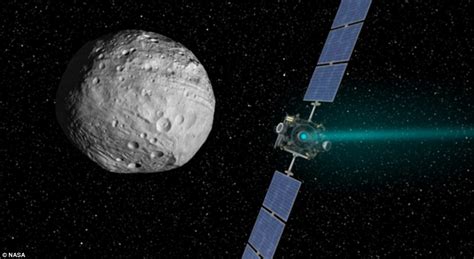 Experts also claim that the bright spots of the dwarf planet are proof of geological underground movements.

“The mysterious bright spots on Ceres, which have captivated both the Dawn science team and the public, reveal evidence of Ceres’ past subsurface ocean, and indicate that, far from being a dead world, Ceres is surprisingly active.

“Geological processes created these bright areas and may still be changing the face of Ceres today.”

The further analysis implies that in the recent past, there was probably a body of saltwater under the surface in the bright spots at Occator — a crater on the dwarf planet Ceres.

Nathan Stein, a doctoral researcher at the California Institute of Technology, said:

“Previous research has shown that the bright material is made of salts, and we think subsurface fluid activity transported it to the surface to form some of the bright spots.”

Lynnae Quick, a planetary geologist from Washington, further explained there are similar lights on other worlds where there is evidence of water.

She said: “We also see fractures on other solar system bodies, such as Jupiter’s icy moon Europa.

The process connected with the liquid reservoirs that may exist under Europe’s cracks today can serve as a comparison for what might happen at Occator.

Scientists have previously discovered water ice on the dwarf planet Ceres, suggesting it could potentially be hosting alien life.

Most scientists agree that the water’s location on the sub-planet intensively grows the possibilities of finding life.

NASA published a video on their YouTube Channel and here it is for you to take a closer look.