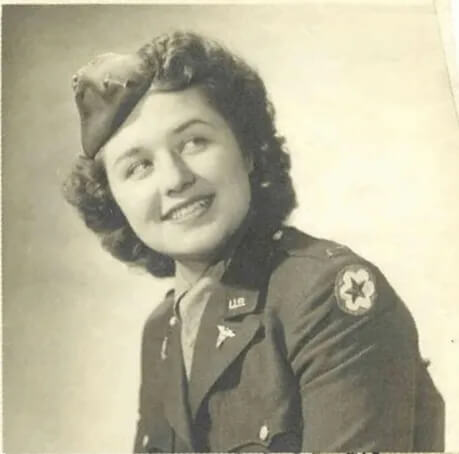 The Roswell incident has always been a core of all aliens and UFOs mysteries we have seen in the last several decades. Officially, it was never claimed that the alien craft crashed in New Mexico in 1947, but many people of that time stated to had seen alien craft that day. There are dozens of stories that tell us that aliens were rescued after the crash and possibly survived. It is evident that the government will always deny it. However, some individuals and officials believe the aliens’ rescue story and said the UFO crash was real. According to the excerpts from the notes and documents of Matilda O’Donnell McElroy, Senior Master Sergeant Women’s Army Air Force Medical Corp, she interviewed an alien named “Airl” who told her where they had come from and why they came to the Earth.

Matilda was only 23 years old when she interviewed the alien through telepathy. She was the only person at the base who had the ability to talk with beings through the mind. In her interview with Airl, she found out that the alien was not a biological being, had a female-like appearance, and also had not been injured during the crash.

She noted that the alien was the size of a small child and was the only survivor among the three crew members of the ship that had crashed in New Mexico. Her body was made of synthetic material, which means she was an alien robot controlled by the higher-order being.

According to the book “Alien Interview” (2008), which is based on the notes and documented interviews by Matilda O’Donnell McElroy, the UFO was made of the same material as the alien body. It was controlled by the mind and thoughts.

The author of the book, Lawrence R. Spencer claimed to have received a letter from Matilda where she disclosed information about the series of interviews with Airl. She wrote that the Domain Expeditionary Force, a race of beings, had been conducting operations in the solar system for the past 10,000 years and using the asteroid belt as an intergalactic base.

Matilda was assigned as the flight nurse in the 509th Bomb Wing. She asked several questions to Airl about her civilization, star system, and history. From their conversation, it was known that Airl had come from a place called “Domain.” As Matilda described, that place was not just a planet of one galaxy but the number of galaxies.

The alien said that her home (Birthplace) was full of power, knowledge, and wisdom. Her planet had two stars and three moons.

Matilda noted that Airl did not give her any information related to her language or the location of her planet. She was uncertain about the intentions of military officers and that made her refuse to disclose any secret information to humans.

The nurse called it a serious sign, because if aliens did not find themselves safe on earth, then it could become a big problem for humans. Airl called her civilization very powerful, extremely ancient, and above all, their only goal was to progress.

In the letter, MacElroy wrote: “Mankind needs to know the answers to questions which are contained in these documents: Who are we? Where did we come from? What is our purpose on Earth? If there is intelligent life elsewhere in the universe why have they not contacted us? It is vital that people understand the devastating consequences to our physical and spiritual survival if we fail to take effective action to undo the long-standing and pervasive effects of alien intervention on Earth.”

When Matilda asked Airl how long she had been visiting Earth, her answer was “LONG BEFORE HUMANS.”

In her footnotes, Matilda wrote:

“Earth is a small planet of a rim star of a galaxy. This makes Earth very isolated geographically from the more concentrated planetary civilizations which exist toward the center of the galaxy. These obvious facts have made Earth suitable for use only as a zoological or botanical garden, or for it’s current use as a prison – but not much else.

Before 30,000 BCE — Earth started being used as a dumping ground and prison for IS-BEs who were judged untouchable, meaning criminal or non-conformists. IS-BEs were captured, encapsulated in electronic traps, and transported to Earth from various parts of the “Old Empire”. Underground amnesia stations were set up on Mars and on Earth in the Rwenzori Mountains in Africa, in the Pyrenees Mountains of Portugal, and in steppes of Mongolia.”

Matilda’s story sounds a bit like a sci-fiction movie, where she talks about intergalactic travels.

In 2009, a short CGI film, “The ex-Esma 2008” was released on YouTube by ESMA movies, in which a playful child (alien) with deviant behavior was turned into a human and exiled to Earth by ETs after he disturbed the peace on their planet.

The video has a strange concept but somehow, it is similar to what Matilda said about Earth as a prison for I BEs who were sent here, encapsulated in electronic traps.