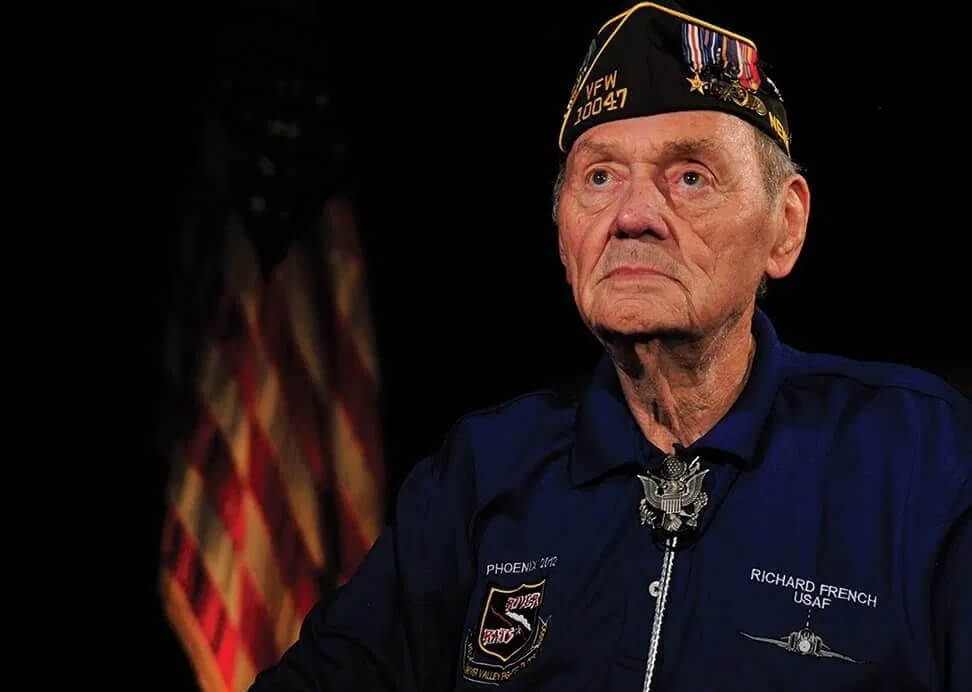 It is obvious that when a normal person speaks about his/her encounter with UFOs or extraterrestrial, the world mocks him/her. But if a similar statement comes from the government official, it allows us to think about for the second time. The alien craft did crash land in Roswell, New Mexico in 1947, and the US government also admitted that they found something strange there. But the story did not end here. Retired US Air Force Lt. Col. Richard French added a new twist in this controversial crash: there was not one but two UFOs crashed in Roswell.

Lt. Col. Richard French had served in the US army for more than 27 years. He gained his commission in the army and become a fighter aircraft pilot. He had been posted in multiple locations during his time in the US army including Korea, Vietnam, Laos, and the Cuban Missile Crisis.

French claimed that when the alien craft crashed in 1947, he was present in Alamagordo, New Mexico. A few years back, before his death in 2014, he gave an interview where he recalled the incident day that shocked everyone, saying that there were two crashes In Roswell.

“There were actually two crashes at Roswell, which most people don’t know,” French said.

He noted that the first UFO had been shot down by the US army’s experimental airplane.

“The first one was shot down by an experimental U.S. airplane that was flying out of White Sands, N.M., and it shot what was effectively an electronic pulse-type weapon that disabled and took away all the controls of the UFO, and that’s why it crashed.”

When the UFO got hit by the electromagnetic pulse, it lost its electronic system, became uncontrollable, and at last, crashed.

French claimed that he was actually an official UFO debunker. A confidential military source told him about the UFO shot down and also the second crash near Roswell days later. He believed that the second ship came to rescue the first ship survivors and trying to recover the parts.

Other army officials never accepted French shocking statements, and they argued that how could the US army could develop pulse-power weapons systems in the 60s if their laser systems were so limited that time.

During the 1950s, French was working to cover-up the UFO stories under the Project Bluebook. He was also one of the authors of the project.

“In other words, if someone had a UFO sighting, I and another agent would try to come up with some logical explanation for this strange aerial appearance. Most of the reports were from civilians than military. We gave our analysis and tried to debunk it by saying it was swamp fog or that the thing they saw was actually hanging on wires. It went up through channels all the way to the presidential level.”

French had never understood that why he was ordered to debunk UFO stories but from his own analysis, he believed that if the otherworld beings visiting Earth then “it basically would destroy religions and the fact that our military’s helpless against them would destroy the reputation of the military.”

If you think it was the most shocking statement given by French then you might listen to his next claim. In Newfoundland, Canadian Province, he saw two aliens repairing their ship submerged underwater.

He testified about his work on the UFOs in 1952 in front of 6 former members of Congress at the Citizen Hearing in 2013.

“The water was fairly clear and I could see without any trouble. They weren’t down at the bottom of the [seabed] — they were about half way down,” French said.

According to him, the aliens were small in size, “light grey in color, very thin, long arms with either two or three fingers.” They had big heads, and he could not see pupils in their eyes. While watching this once-in-a-lifetime scene, he saw one of the ships started coming out of the water. When the ship emerged out of the water, its speed was around 160 km per hour, but it suddenly increased to 4000 km/hr or even more and disappeared.

French believed the aliens were repairing the ships and tested them before leaving. Whatever happened in Newfoundland is the classic UFO story ever given by the army official. Even though he was chosen to debunk UFO stories, he undoubtedly said that it was a UFO and there were extraterrestrials.