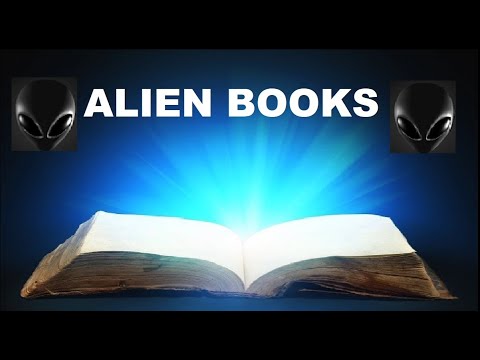 Preston Dennett
It may sound strange and unusual, but there are now several documented cases on record in which people have met ETs, been taken onboard an extraterrestrial craft and shown an alien book. It doesn’t happen often, but there are more cases than you might think. One very well-known case is Betty Hill, who was taken onboard a UFO with her husband, Barney in 1961 in the White Mountains of New Hampshire. While on the craft, Betty was given a large book, filled with alien symbols in long narrow columns. Another famous case is Betty Andreasson, a lifelong contactee from Massachusetts, who was given a thin blue book with glowing white pages, and was actually allowed to keep it in her home and study it for a short period of time. These cases are not unique. A fascinating case involving an alien book comes from Jeff Selver, a Canadian businessman who has recently and courageously stepped forward to reveal his encounters with ETs. During an onboard UFO encounter at age sixteen, he was handed a “mystic book” and told to study its contents. The book was filled with deeply spiritual messages that would alter the course of his life. Researcher Richard Boylan Ph.D., reports on the case of “Mike,” a contactee from northern California. While onboard a craft, Mike was shown a book with a strange alien symbol on the cover, was instructed to read it, and was told he would remember the contents later in life. The alien book ended up having a profound influence on his life. Researcher David Jacobs Ph.D., also reports on an unusual case in which a young girl was taken onboard to meet with a human-ET hybrid. They both sat down and read an alien book together. This video presents nearly a dozen firsthand cases of people who have been given alien books by the extraterrestrials. Several of them have never been published before and are revealed here for the first time. Perhaps the most interesting and extensive case comes from Dolly Safran, a fully conscious contactee from Florida who has only recently stepped forward to reveal her lifelong contacts with extraterrestrials. In a live firsthand interview, Dolly reveals her experiences with a sapphire-blue ET book which she has studied for countless hours while onboard the ET craft. What do these books look like? Why are contactees being given these books? What kind of knowledge do these alien books contain? And most importantly, how are they affecting those who have had the fantastic opportunity to read them? This video answers all these questions and more, and provides a study and comparative analysis of these very unusual events. Told in the witnesses’ own words, with witness drawings and firsthand interviews, the secret messages in these alien books are finally being revealed. If you would like to explore more about the most extensive case of an alien book on record, check out my book, “Symmetry: A True UFO Adventure,” which presents the lifelong UFO encounters of Dolly Safran. Now available!