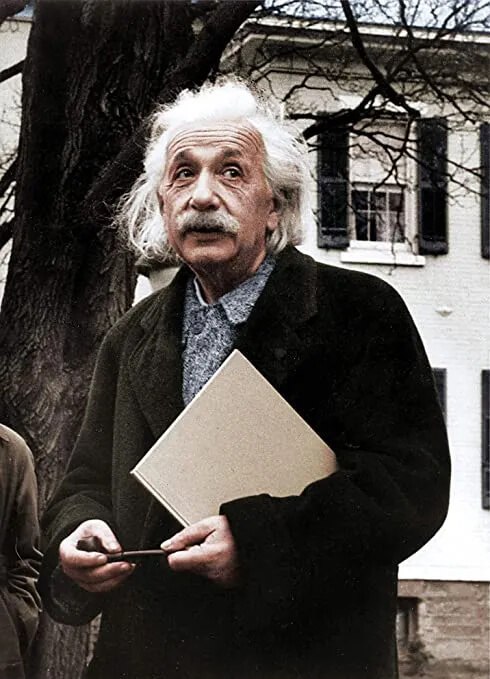 A new mystery has been added to the legendary Roswell crash incident. Anthony Bragalia came up with a new story that suggests Albert Einstein paid a visit to Roswell with his assistant to examine the crashed ship and bodies of its occupants. In 1993, the assistant revealed her secret visit to Roswell with Einstein in a tape-recorded interview, which had never been made public before.

According to legacy.com, “Dr. Shirley Wright was a dedicated teacher and scientist, earning PhD’s in Physical Chemistry and Physical Science. She was a chemistry professor at MDCC for over 50 years. She was a student of Dr. Albert Einstein at Princeton.” UFO researcher Leonard Stringfield was the first person to discuss her story in his privately published monograph series known as “Status Report – UFO Crash Retrievals.” In his book, he mentioned that a Florida researcher named Sheila Franklin, who was also associated with MUFON, interviewed Wright. Stringfield used the pseudonym “Edith Simpson” for Einstein’s assistant to protect her privacy.

In November 1993, Franklin and Wright met through a mutual friend in Miami. She tape-recorded Wright’s testimonies where she mentioned her visit with Einstein to Roswell in 1947. Bragalia somehow located Franklin and contacted her on a phone call. She was kind enough to provide the author the 30-year-old interview recordings. She found some portion of the recordings and emailed him.

According to Wright, she was a remarkable student chosen to work with Einstein in 1947. She passed the high-security process before being allotted to the sensitive job. Einstein personally liked her professionally and began taking her everywhere. In July 1947, she visited a “crisis conference” with the professor that took place at an army base, attended by several scientists and military personnel. When she landed, they drove to a heavily guarded hangar located somewhere in the desert. Shockingly, Wright and Einstein saw something which she described as not earthly.

She said: “It was disc-shaped, sort of concave. Its size stood up to one-fourth of the hangar floor. the body of the ship was what I would call today a rather reflective material but when you got up close to it, it was rather dull.” She added that the craft was surrounded by specialists, photographers, and guards so she could not have a good look. Besides, she noted that Einstein was not surprised by the view, in fact, he was more interested in “Propulsion and the universe.” He believed that their arrival would help to learn more about the universe.

Further in an interview, Wright claimed that they were shown extraterrestrial creatures inside the airbase. She said: “Some of the specialists were allowed closer looks, including my boss. To me they all looked alike all five of them. They were about five feet tall, without hair, with big heads and enormous dark eyes, and their skin was gray with a slight greenish tinge, but for the most part, their bodies were not exposed, being dressed in tight-fitting suits. But I heard they had no navels or genitalia.”

After that, they were taken to an isolated building in the desert where they saw a grey-colored humanoid creature on a stretcher, surrounded by doctors and uniformed personnel. She said the creature was struggling in pain, but it survived later. Additionally, she noted: “Einstein who had the right clearance, made a report, which I didn’t see. I was just told to keep my mouth shut.” Bragalia found out that Wright never intended to seek any monetary gain and fame from her claims. When she was alive, she never discussed it openly.

Unfortunate, the story came out only after she passed away in 2015.

Obviously, there is no paper trail of their Roswell trip. Bragalia mentioned in his research that Einstein had an interest in the topic of extraterrestrials before the Roswell incident. The author suggested that a further investigation should happen into this story. If the Roswell crash is real and they recovered alien bodies and craft, then there would be no one better than Albert Einstein to assist the US military in understanding UFO technology.