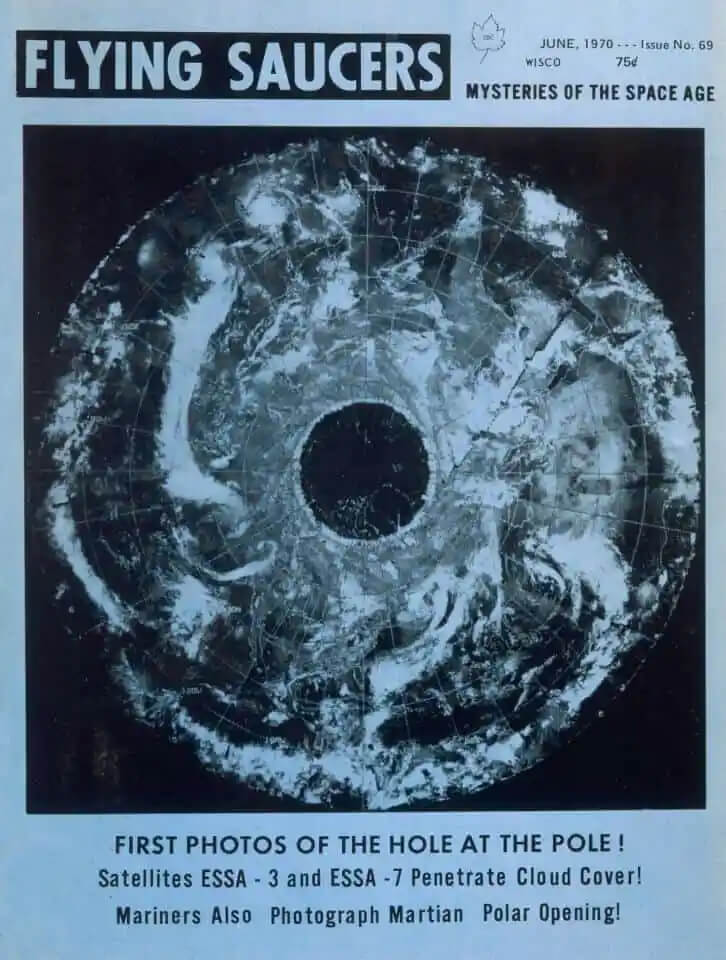 The theory of hollow Earth may someday be corroborated by scientific evidence. It is worth recalling that for a very long time, this used to be an equal hypothesis, and only conclusions drawn from seismic studies led to its rejection. Perhaps, however, the time will soon come to test recognized scientific theories. The structure of the planet cannot be verified empirically. The deepest well was made by the Russians and reached a depth of only 12 kilometers. This is barely a scratch on the earth’s crust. We do not have technologies that allow us to penetrate the layers of our planet, and we do not know whether such an undertaking is even possible. To summarize, our idea of the bowels of the Earth is really just a mathematical interpretation of the data collected and nothing more, this is the same hypothesis as the theory of empty Earth. According to some hypotheses, penetration into the underworld, which is below the surface of our planet, may be in Antarctica.

In 1970, United States’ Environmental Science Service Administration (ESSA) published satellite images of the North Pole, where one picture showed a perfect rounded hole over the Arctic. This sparked the conspiracy theorists to believe in the existence of underground civilizations. The underground world is sometimes associated with “Agartha.”

Admiral Richard E. Byrd allegedly wrote his encounter with a lost civilization during an expedition to North and South Poles. According to his secret entry, he met the ancient race underground and witnessed a huge base with animals and plants previously thought to have been extinct. The animals he saw included Mammoth-like creatures.

Gaia wrote: “Byrd plane was commandeered mid-air and landed for him by people in the center of the Earth who intercepted his plane with saucer-shaped aircraft. Upon landing, he was met by emissaries of a civilization many assume to be the mythical Agartha. These alleged Agarthans expressed their concern about humanity’s use of atomic bombs during WWII and employed Byrd as their ambassador to return to the U.S. government and relay their sentiment.”

He noted that he was ordered to remain silent on what he had witnessed during the Arctic assignment by the government. Admiral Byrd wrote in his diary on March 11, 1947:

“I have just attended a Staff Meeting at the Pentagon. I have stated fully my discovery and the message from the Master. All is duly recorded. The President has been advised. I am now detained for several hours (six hours, thirty-nine minutes, to be exact.) I am interviewed intently by Top Security Forces and a Medical Team. It was an ordeal!!!! I am placed under strict control via the National Security provisions of this United States of America. I am ORDERED TO REMAIN SILENT IN REGARD TO ALL THAT I HAVE LEARNED, ON THE BEHALF OF HUMANITY!!! Incredible! I am reminded that I am a Military Man and I must obey orders.”

There is some mentioning of the underground world in various ancient cultures. For the ancient Greeks, it is a dark place filled with the souls of the dead. In Judaism, it is known as Sheol. Besides, Ancient alien theorists have a strong belief that the Himalayan region in Southwest Tibet could have had a secret entrance to an underground mythical city known as Shambhala.

Rodney Cluff, the author of “World Top Secret: Our Earth IS Hollow” said: “My conception of the Hollow Earth, based on my research is that the shell of the Earth is about 800 miles thick, from the outside to the inner surface.” He further stated that “Suspended in the center of that hollow is an interior sun that is divided by day and night sides. The other part of the Hollow Earth theory is that near the North and South pole are substantial openings that lead into the interior.”

The concept of Hollow Earth is sci-fiction to many people. Interestingly, it was supported by several great minds. Legendary scientist Edmond Halley, after whom the Halley comet was named found peculiarities in Earth’s magnetic field. He blamed Earth’s hollowness for it. “We’re standing on an outermost shell with three more concentric shells within. And it’s the poles of these inner shells that throw off our magnetic field,” he explained. He assumed that there may be luminous atmospheres between each shell, supporting life.

The Hollow Earth theory was further supported by Leonhard Euler in the 18th century and Sir John Leslie in the 19th century. Moreover, the theory continued to evolve. In 1818, John Cleves Symmes, Jr., a veteran of the War of 1812 and trader published a memo where he declared that the earth is hollow, habitable within and constituted of a number of concentric spheres.” He was convinced, following Halley’s theory that the poles have access to a hidden world. His theory was always unwelcomed by the public and scientific community. Anyway, he managed to convince enough people of the possibility of the Hollow Earth. In 1822, along with his supporters, Symmes asked Congress to fund his expedition to the North Pole. His request was obviously denied, but he never gave up believing the hollow Earth and continued campaigning about it until his death in 1949.

According to Live Science, Scientists discovered two giant structures inside the Earth. They are located on opposite sides of our planet, and their size may be compared to continents. Each of these structures is almost 100 times bigger than Mount Everest and is located at the core of the Earth, at a depth of 2900 km. Seismic studies show that the discovered formations have a different composition than the rest of the Earth’s mantle. For many years, the theory of the hollow Earth has been ridiculed as absurd, but the truth comes out gradually. A few years ago, it was revealed to the world that deep underground, there is a lot of water, more than in the oceans of the Earth.