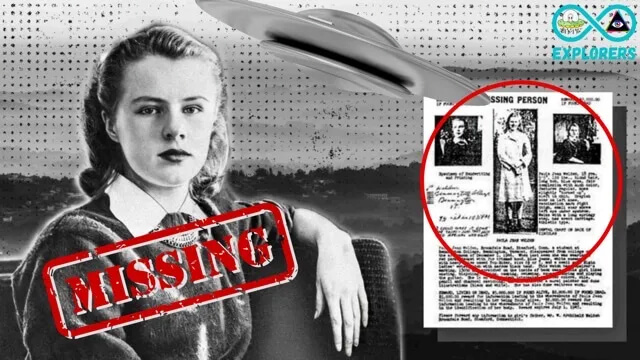 Paranormal author Joseph A. Citro propounded the term Bennington triangle which has engulfed approximately 10 people ranging from 1920 to 1950. Among the victims were a 4-year-old girl as well as a 74-year-old hunter. This mysterious triangle is centered around Glastenbury Mountain, however, it denotes a specific area of southwestern Vermont.

The Bennington Triangle is the hub of UFO sightings, Bigfoot sightings, etc. Unusual stories of mysterious creatures and other strange animals back to the late 1800s, which led the people to believe that the native Americans consider the Glastenbury area as cursed and avoided. One such incident which still haunts the Bennington town is the mysterious disappearance of Paula Jean Welden in 1946.

Paula Jean Weldon who was 18 at the moment finished her work at Bennington College’s Commons on Sunday, December 1, 1946. She performed two shifts at the dining hall before returning to her Dewey Hall dorm room. She changed her clothes and informed her roommate that she had planned to go on a long hike. Paula’s roommate recalled that the 18-year-old was suffering from depression since she did not even visit her parents for Thanksgiving.

Paula had 3 other sisters and she was the eldest daughter of William Archibald Welden of Stamford. Her father was a CT, who was a design engineer at Revere Copper and Brass. Paula was multi-talented and was a brilliant student. On the fateful night of December 1, 1946, Paula Welden left for a walk and never came back.

Search for Paula in Bennington Triangle

Paula’s family was notified about her being missing when she did not show up for the classes scheduled on Monday. The search began and the first area to be checked was Everett cave, as this place was mentioned by Paula before leaving for the hike. However, upon search, it was found that there was zero evidence of Paula being on that track. Paula could not be found there.

A search party made a way to Vermont and started looking for her, as she was spotted by a few people on that 270-mile trail that runs from the state’s southern border to the Canadian Border in a red dress. It was reported by the witness that by the time Paula began to hike, it was already 4 PM and the weather began to deteriorate.

Paula was dressed in a Red Parka Jacket with fur, jeans, and sneakers. She looked like a real-life red riding hood before leaving for the hike. Her light dressing did not make much sense considering a hike in extremely cold winters. It is believed by many that Paula was well aware of the harsh winters as the temperature was around 12 degrees Celsius. The difficult climate was the first factor that contributed to the theories of her mysterious disappearance.

The trial yielded no references, however soon the Bennington Banner which is referred to as “tantalizing and unquestionably strange leads” began to materialize. One such claim was made by a Massachusetts waitress that she had served an agitated young woman matching Paula’s description.

When her father learned of this clue, he went missing for 36 hours supposedly in hope of a move, however, it was a strange move that made the police officers make her father a prime suspect. Stories began to circulate that her family life was not as idealistic as portrayed by her parents in front of the police.

Even the College President where Paula studied made a claim that there was foul play involved and Paula’s body was being ‘concealed.’ However, the investigator report talked about how the police went above and beyond to find any clue leading to Paula. They even dug up the ground in an extensive area in hopes of finding any remains of her. But it was to no avail. Paula Welden had disappeared into thin air.

A Well Planned Murder or an Alien Abduction?

Initially, it was concluded that Paula became a victim of the harsh weather, however, this theory was further rejected since there no trail of her was found. No traces of an animal attack was found in the area where Paula supposedly went missing.