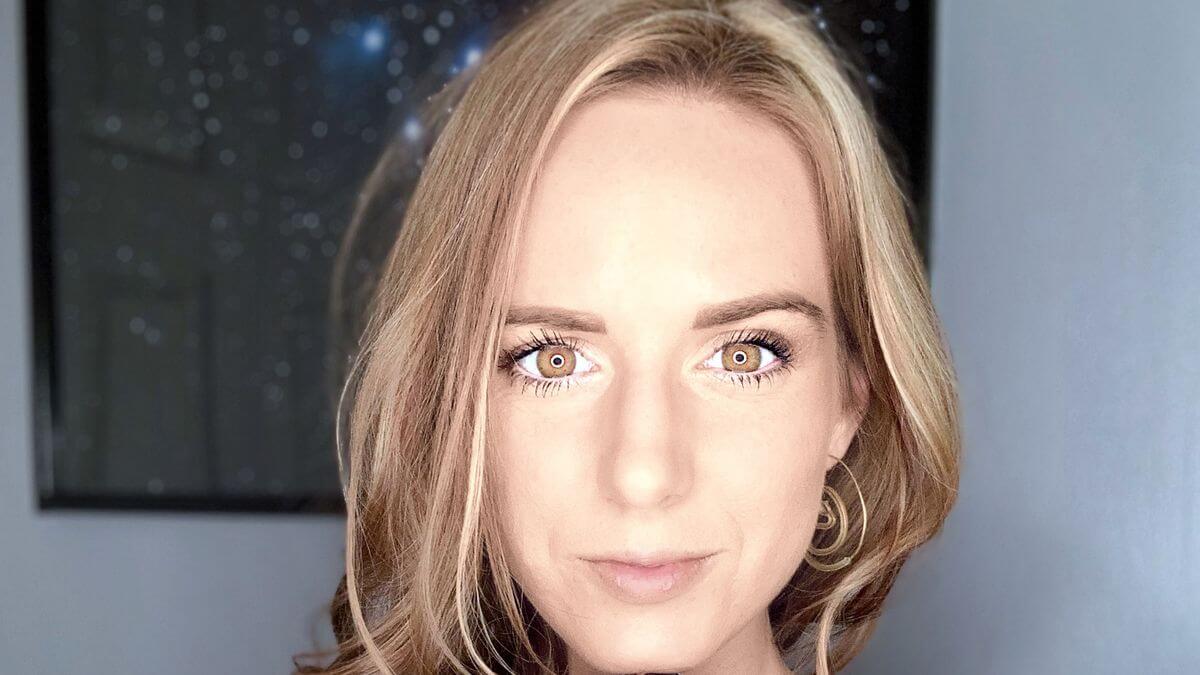 Lily Nova, 29, took up astrophotography in 2020 to cure her lockdown boredom (

A woman who claims to have spotted a UFO during lockdown says she’s been visited by aliens ever since.

Lily Nova, 29, from St Louis, Missouri, US, says she had her first encounter at the end of 2020 after taking up astrophotography to cure lockdown boredom.

But the encounters did not stop there, with Lily now claiming the extraterrestrial beings visit her on a daily basis.

They’ve approached her in all manner of spacecraft, including metallic ships, black triangles and orbs that move in an “unearthly” way, she claims.

She also says she knows what some of the beings look like.

She claims the alien beings showed themselves to her through “telepathy” (

She first started getting into astrophotography in the summer of 2020 during the lockdown which eventually led to her first encounter with aliens just a few months later, in November.

She said: “My first encounter with aliens and UFOs was very intense.

“I went outside for some fresh air one night and I immediately locked eyes with bright light hovering over the neighborhood.

“I started investigating and realized it was a UFO. Seconds later I looked away briefly and when I looked back there was a second craft that was much closer.

“I could actually see the triangular shape of the craft.

“The UFOs did some impressive manoeuvres to show me that it wasn’t a regular aircraft before they disappeared above me.

“It really spooked me because aliens and UFOs aren’t something I have thought about much before. It was a total reality shifting experience.

“A couple of months later I had my second encounter. After that, it kept happening more frequently and now I am having experiences daily.

“During my encounters I have also been able to see what the beings look like.

“One of the first beings I saw was a girl with light blue skin. She had no hair, but she was very beautiful. She was wearing a skin tight grey suit and I saw her ship mates standing behind her in the same uniform.

“I have also seen another group of beings with light blonde hair, fair and glowing skin and bright blue eyes.

“I believe they send images of themselves to me through telepathy. I think they are easing me into an introduction as it would be such a shocking experience for any human to have an alien walk up to you.”

Lily believes that the aliens were testing the waters with her after her first shocking encounter as she says they were motioning towards her and knew she was recording.

She thinks that they then gave her some space to process the experience before appearing to her again.

Lily added: “My encounters have been very close from the start. I could not believe what I was seeing, it was groundbreaking and it piqued my interest in astrophotography even more.

“I needed to find out as much as possible.

“I abandoned my career as a nutritionist because it was overtaken by my passion for finding out more about UFOs and aliens.

“It’s not something I ever expected to happen.

“The shock of my encounters with the UFOs eventually turned to comfort as I had more and more experiences.
“It felt like I was developing a relationship with them.

“These experiences have changed everything for me. It has totally changed my view of the world and I have learnt so much about the cosmos and other beings.

“I have been focusing on spreading awareness of what I have found.”

Lily now believes that she can invite these experiences with aliens and UFOs when is she is in a relaxed, open and blissful state of mind.

She says that she has even developed a sixth sense and intuitive gut feeling for when they are going to appear to her.

Lily added: “Whenever I am out doing my creative passion, astrophotography, this is when I believe I can make contact and invite these encounters.

“During my first initiated contact, where I have invited them instead of them just showing up, I even received a vision of being on the space ship and of the ships crew members.

“I have been out with a friend who is experienced in meditation, and we set our intention for them to appear to us, and within five minutes of getting out the car, a bright golden orb appears and was moving around to our questions.

“Since the shock wore off, I just feel joy, love and peace. They are such beautiful and positive experiences, sometimes I even ball my eyes out crying while it’s happening.

“I believe that they come to me because I believe in them, I am open-minded and I am welcoming towards them.

“It has been fascinating to learn about the universe and to create the incredible connection that has been formed.”