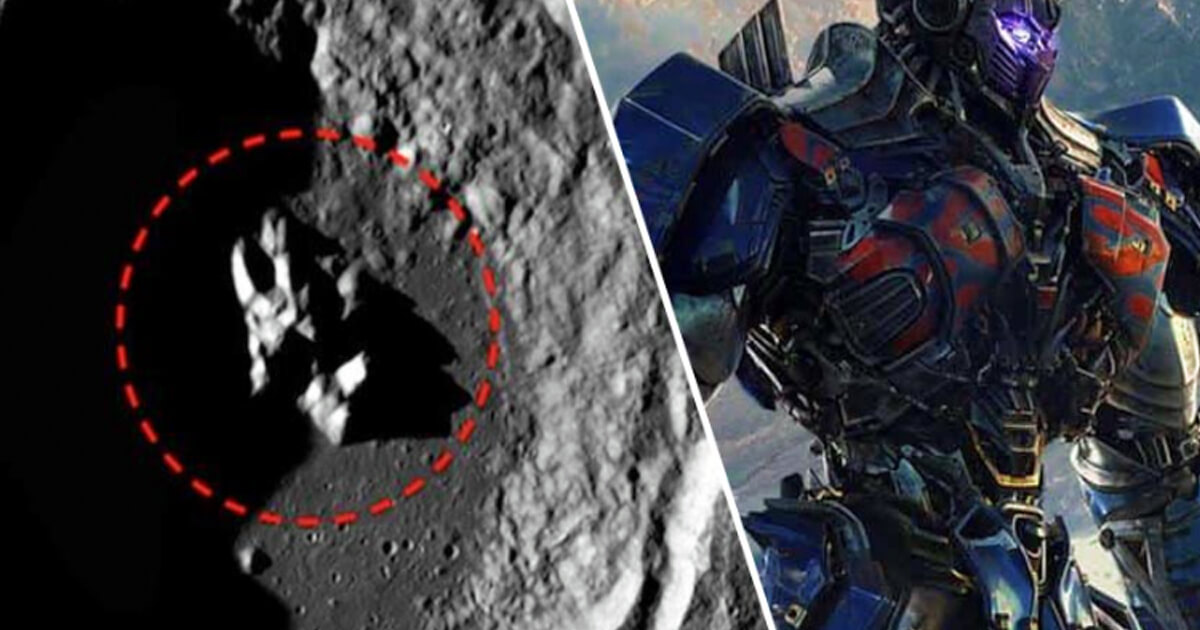 In a recent NASA image of the Moon’s surface, a strange object was discovered in a crater. On January 2, 2019, the photo was taken. A nearly nonsensical object is discovered in a small round crater without a name between the craters Von Karman and Davvison. The object appears to be so manufactured that he will instantly remind many people of a robot from the Transformers film.

The object has a lot of brightness to it. It seems to be entirely made of metal. It also casts a shadow, indicating that it really stands at the bottom of the crater and is not a refraction game. Scott C Waring, a well-known extraterrestrial explorer, has discovered a strange structure on the moon that resembles alien spaceships from Hollywood movies. “On Earth’s moon, I discovered this structure in the middle of a crater. The design is reminiscent of a ship from the Transformers film. The craft is shaped like a triangle, but it has a number of strange bulges. The item is very gleaming, even more so than anything else in the vicinity, indicating that it is metallic. There’s also a shadow across its front… It is not destroyed, but its front is lower, creating a shadow the darkens that part of the alien ship,”  What exactly is it? Is it a structure, an extraterrestrial spacecraft, or something else entirely?