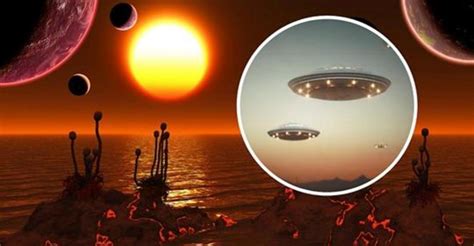 The news cycle dragged itself out of the political mire and gazed skyward a few weeks ago with word of a radio signal from the direction of our nearest sidereal neighbor, Proxima Centauri. The transmission was discovered by Shane Smith, an undergraduate at Hillsdale College in Michigan and intern at Berkeley’s SETI Research Center 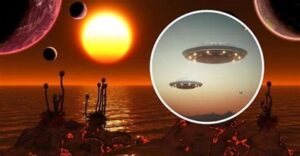 “We’re 99 percent sure the ultimate origin of BLC1 lies with human technology. But we haven’t conclusively determined its origin, and that has prompted an international detective hunt,” says principal investigator Andrew Siemion. // Courtesy of Berkeley SETI

Dubbed BLC1—or Breakthrough Listen Candidate 1, in reference to the parent Breakthrough Listen project—the transmission was a “technosignature,” meaning it was artificial in origin. In other words, it didn’t come from a star, quasar, magnetar, black hole or any of the other natural and electromagnetically noisy objects hanging in the cosmic void; it was produced by a device someone—or something—made.

Which isn’t the same thing as declaring that ET has said “S’up” from Proxima Centauri, experts emphasize. To understand the true impact of BLC1, California contacted astrophysicist Andrew Siemion, principal investigator for the Breakthrough Listen project’s search for extraterrestrial communications and director of the Berkeley SETI Research Center.

First, could you explain the characteristics of the BLC1 transmission?

BLC1 has all the properties that we expect from a radio transmission originating from a technological source, properties that natural sources don’t have. Most specifically, it has ‘coherence’—essentially, a compression of radio transmission frequency and wavelength that is only achievable through technology. At SETI, we exploit this property to distinguish between natural and artificial signals. BLC1 has this characteristic, which is why it was detected by the automated [radio telescope] pipeline—it was a specific frequency with a significant amount of energy.

But does that necessarily mean it was extraterrestrial in origin?

No. If all SETI had to do was detect radio signatures that were artificial in origin, the work would be easy. The problem lies in differentiating signals from our own technology from signals from extraterrestrial technology. Virtually every device we have that employs electronic circuits produces electromagnetic transmissions—airplanes, satellites, microwave ovens, computers, cell phones. And this radio frequency interference dramatically increases SETI’s challenges. Moreover, the problem is getting steadily worse as electronic devices proliferate. There’s a certain irony in the fact that computers are constantly getting more powerful and cheaper, allowing for more powerful SETI searches—while they’re simultaneously making such searches more difficult due to radio frequency interference.

So in your opinion, it’s unlikely that BLC1 is extraterrestrial in origin?

“Computers are getting more powerful, allowing for more powerful SETI searches—while simultaneously making such searches more difficult due to interference.”

We’re perhaps 99 percent sure that the ultimate origin of BLC1 lies with human technology. But we have not yet conclusively determined its origin, and that has prompted an international detective hunt for its source. BLC1 was only detected once, and it marks the first time in my research career that it has become necessary to conduct such a thorough and protracted investigation of an individual signal. We detect many, many signals at SETI. The algorithms we employ are exquisitely sensitive, and in every other case we’ve been able to rule out [possible ET signals] as human interference. So in that sense BLC1 is unique, and it’s incredibly exciting for our team. This is the first time we’ve had to go to such lengths to analyze a signal, and that has created all kinds of opportunities to expand the capabilities of our software and develop new techniques for analyzing the signals we detect. So regardless of the conclusion to this particular story, it’s proving an excellent opportunity to test our procedures—and in practice comes improvement. We’re confident we’re going to have enhanced capabilities and higher sensitivities once we’re on the other side of this.

Correct. Radio telescopes cast very large beams—they see a lot of sky. In this case, the beam was roughly the same size of the moon. That’s a very large patch of sky that contains a lot of stars. So the signal could have come from somewhere behind Proxima Centauri. But the advantage of considering a nearby star as a [radio transmission] candidate is that given a suitable aperture, it wouldn’t take much energy to create a signal with the intensity of BLC1. Proxima Centauri is only four lightyears away. It’s easily within our capability to send a similar signal across that distance.

Proxima Centauri is a red dwarf star, which are known for producing large stellar flares likely to be inimical to life on nearby planets. Doesn’t that argue against BLC1 originating from Proxima Centauri?

“At SETI, we get up, sit in front of computers, write code. But it is not lost on us that our goal is to make the most profound discovery in the history of
humankind.”

Proxima Centauri is a well-known flare star, and the question of whether stellar flares are important in the development of complex life is interesting. It’s difficult to imagine our own civilization forming the way it has on a star as active as Proxima Centauri. But that perspective speaks to anthropocentric bias. We have only one reliable example of life in the cosmos—our own. So one strategy can be to look for stars most like the sun—relatively quiescent stars that are 4.5 billion to 5 billion years old—supporting a planet or planets with chemical compositions similar to Earth. And that’s a smart strategy, because we know from our own existence that complex life arose at least once in such a system. But we shouldn’t be tempted by the notion that environments like our own are the only ones that can give rise to complex life. Maybe intense flares potentiate genetic changes, and hence complexity itself. Maybe flares encourage the evolution of subsurface life and hasten the development of technology to avoid or mitigate the effects of the radiation. Also, once intelligent life becomes space-faring—or star-faring—it could thrive in environments very different from the one it arose in. So we’re looking at every type of star, surveying a catalog of roughly the million nearest stars, and secondarily the nearest 1,700.

Finally, what do you think of the coverage of BLC1 to date? There was some controversy about the breaking story, given it was attributed to a leak picked up by The Guardian.

I haven’t read every article, of course, but my general opinion is that the coverage is a necessary part of the search for extraterrestrial intelligence. At SETI, we’re like a great many other people in that we get up, sit in front of computers, write code, and so on. But it is not lost on us that our goal is to make the most profound discovery in the history of humankind. So the intense interest that our work generates is understandable—it comes with the territory. We always strive to communicate the best information we can as openly, honestly, and transparently as possible, in accord with the highest scientific standards. That’s what we’re doing with BLC1—and believe me, we’re just as excited as anyone who’s reading stories about it.