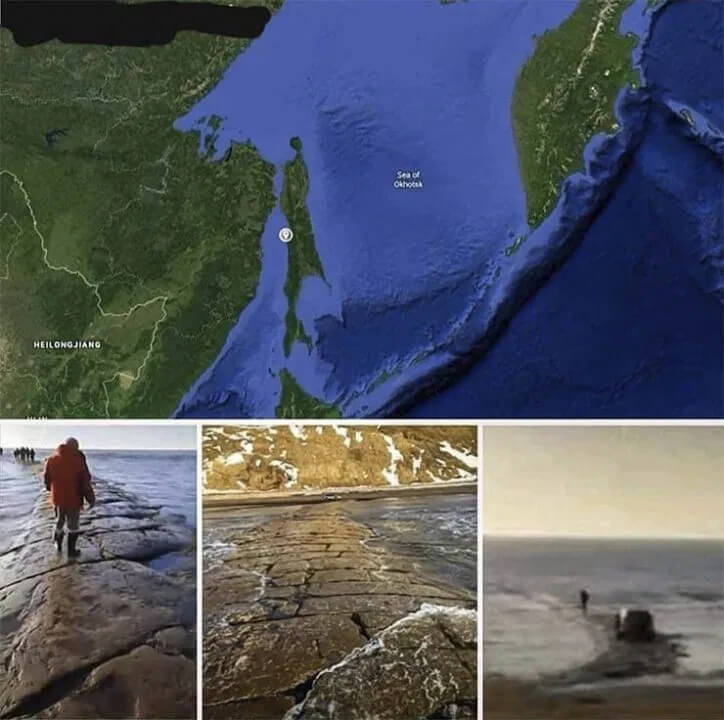 Planet Earth is home to amazing relics from bygone eras, constructions that seem to defy the technological capabilities of their time, either because they are too large, too heavy, or too complex. As such, some suggest that the ancient architects of the Egyptian pyramids, the Nazca Lines, and other historical monuments built throughout history were of Extraterrestrial origin. Perhaps the hands that created these sites were not really of this world. No doubt, there are many who believe that civilizations from other universes have visited Earth.

After all, humans are about to expand reach in space, and places like Mars are within reach. But the most skeptical say that implying a supernatural explanation for some of the most monumental human achievements means debunking the fascinating ways in which prehistoric civilizations managed to make some of the largest and most puzzling constructions on Earth. Now, the last thing one would expect is that one of these ancient mega constructions would emerge from nowhere. Especially from the ocean floor!

A few days ago, the Institute of Alternative History and Archeology published some puzzling images on its Facebook page. Apparently, after an unusually strong tide, a huge stone path emerged under the waters of the Pacific Ocean. The stone path appears to be made of giant cobblestones.

“A few days ago, after an unusually strong tide, a huge stone path emerged under the waters of the Pacific Ocean,” read the description accompanying the images. “The strange event surprised many inhabitants of the Island of Sakhalin, in the extreme east of Russia (near the Japanese archipelago). The disastrous event did not last long, but it was enough for the neighbors to immortalize the structure for all to see. “

The Institute for Alternative History and Archeology also noted that Sakhalin Island is the largest island in Russia and is located in the North Pacific Ocean. It borders the Japanese islands to the south. And most surprising of all, other strange underwater formations are visible through Google Earth . All these formations are found on the same coast a little further north. The stone path appears to be made of giant cobblestones.

“Is it man-made? Or just Mother Nature? These questions must be answered by specialists in geology ” , concludes the Institute of Alternative History and Archeology.

The strange event lasted long enough for the surprised inhabitants of the Isle of Sakhalin to immortalize the unexpected structure. As the institute mentions, in Google Earth you can see other strange underwater formations very close to where this supposed “path of giant stones” has arisen . However, this is not the first time that the Island of Sakhalin has made headlines for a marine mystery. In 2014, the remains of a strange creature were found by the Russian military on a beach on Sakhalin Island.

With its elongated body, sharp teeth, and fur, the images showed what appeared to be a monster out of a horror movie. And this caused all kinds of reactions among the inhabitants, who were puzzled by the skeleton of the sea creature. The discovery prompted Russian special forces to remove the body in order to conduct a thorough investigation.

And the remains of another baffling unidentified creature with fur on its tail were found on a beach near Shakhtersk airport on the island of Sakhalin. In this case, the strange-looking creature baffled scientists who were unable to identify its species. And although at first it was suggested that it had a certain resemblance to a dolphin, the remains showed that it was about twice the size of a cetacean.

According to the Siberian Times, the images showed a strange creature with fur on its tail. And it is this detail that became a puzzle for marine experts who assured that it had no resemblance to any of the 40 known species of dolphins. The experts also noted that dolphins are born with short hair, but that they shed that little hair after birth.

As we can see, the Island of Sakhalin is full of unexplained questions, and apart from the baffling creatures, the puzzling “giant stone path” shows us that there could be much more than is accepted in this small island in the far east Russia.

What do you think about the puzzling giant stone path? Of natural or unnatural origin?