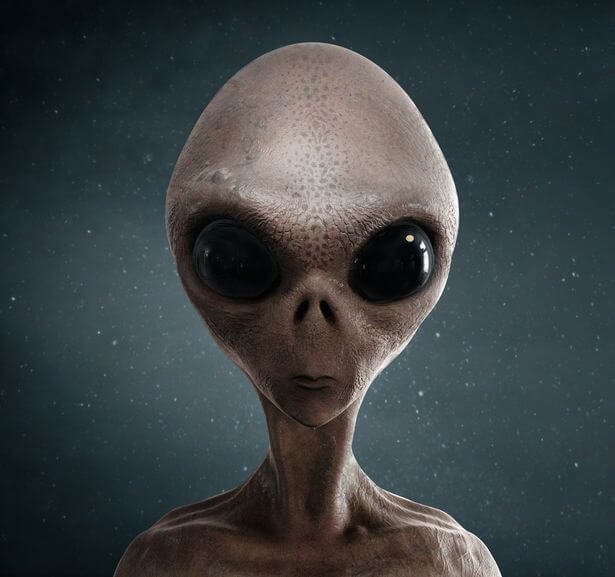 Since the first Apollo mission, UFO enthusiasts have supported several theories about seeing UFOs and non-human entities in space. There are some NASA legends such as Gordon Cooper, Edgar Mitchell, and Story Musgrave, who are firm believers of UFOs. Russian cosmonauts claimed to have seen unidentified objects in the sky as well. Obviously, the government would never publish any information about such incidents if they are real.

Among many strange stories about space, Clark McClelland’s case is really fascinating. He claimed to have worked for NASA from 1958 to 1992 and served in more than 800 missions. He released a controversial video on the Internet at the beginning of the last decade, where he insisted to have seen a nine-foot humanoid entity on the space shuttle.

According to this WordPress blog, “In 1958 McClelland was assigned to the national space program at Cape Canaveral, Florida, and helped launch or viewed 673 rockets and spacecraft. In addition to being an Aerospace Engineer and Technical Assistant to the Apollo Program Manager during the Apollo moon landings, McClelland and other SpaceCraft Operators did extensive technical checkout of simulated flights and mission objectives of the various shuttles to assure orbital success and the personal safety of the astronauts. Clark McClelland knew many of the astronauts who perished during the Challenger disaster and certainly did all he could to keep each shuttle from such a repeat accident.”

The site owner confirmed that he/she no longer had any contact with McClelland and doubted if the former NASA employee is still alive.

McClelland was in contact with former NASA astronaut Edgar Mitchell, one of the first space pioneers and the sixth man to set foot on the moon. He was a supporter of the existence of aliens and their presence on Earth.

McClelland claimed in several videos and in his personal blog that once, he observed an eight to nine-foot entity, giving orders to human astronauts using hand gestures, Inquisitr reported in 2015. He saw the entity on his monitor while on duty in the Kennedy Space Center, Launch Control Center (LCC).

“I could observe the arm motion to run right side where there was one of our NASA asked and I was tethered to the side and then on the left side another naval a US NASA astronaut was tethered to that side and this large creature humanoid, two arms two legs the torso ahead without a helmet on it actually was giving them orders. I watched it for a minute and three seconds and believe me I saw a large ship past the tail end of the base,” McClelland explained.

He further stated that there are other people who worked for NASA who had also seen strange entities interacting with humans in other space missions. He said: “I am an expert in visually recognizing any crafts created and flown by the human race, whether secret or otherwise!I know an ET and Alien craft when I see them!”

McClelland was also involved in the 1965 Kecksburg UFO incident. He was in charge of making a technical photographic assessment of the incident. Along with other NASA technical experts, he visited the crash site, looked at the object, and scraped some material out of it with his knife as a lab sample. The object was approximately 10-12 feet long and about 6-7 feet wide in diameter.

McClelland wrote about several alien-human interactions in his book “The Stargate Chronicles.” He stated: “During a conversation, I had with Dr. Wernher von Braun in 1969, I asked this renowned scientist his opinion regarding apparent alien culture arrivals here? Why are they exploring earth? He said the following: “These other intelligence are and have been exploring the earth for many thousands of years, Clark. Earth is a nursery for many cultures from the stars. Our human society is actually many groups of various cultures from distant planetary systems which explains the various cultural, religious beliefs, languages, general life customs, food, physical appearances tall or short, wars of discord, etc. that exists on earth.”

There is another NASA whistleblower named Donna Hare, who claimed to have worked for NASA contactor Philco Ford in the early 1970s. She had a high-security clearance to walk in NASA’s photo lab and other departments. According to her, NASA had a protocol to alter the satellite images, and workers who were assigned to this program were put in quarantine. She was told by one of the sources that during one of the moon landings, three UFOs had landed. Subsequently, there was a codeword “Santa Claus” for these crafts.

In one of his videos, McClelland made a shocking claim that NASA fired him after he talked about his interaction between a tall humanoid entity and astronauts. Besides, he said that the US government took away his pension, leaving him only on social security. If his case is true, then the government would go to any extent to remove his tracks from any governmental activity. At the same time, some skeptics argue why he has no record on NASA’s official website.