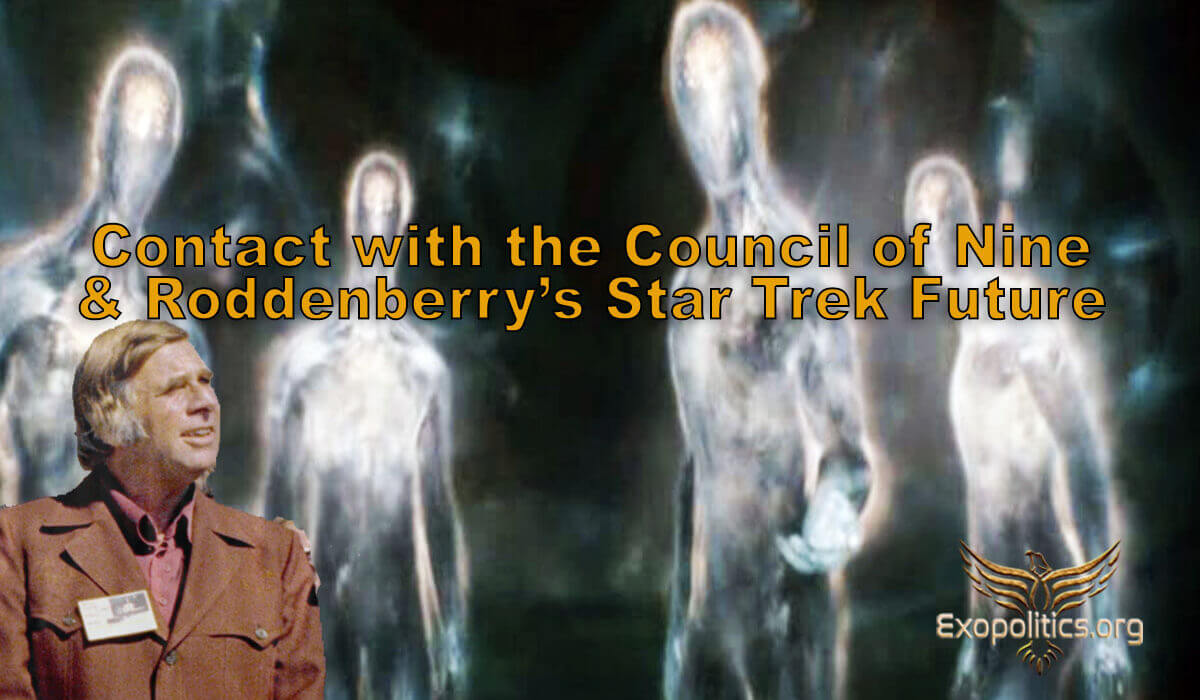 Michael Salla
One of the most intriguing aspects of Gene Roddenberry’s creation of the Star Trek franchise was his relationship with a mysterious extraterrestrial group calling itself the Council of Nine that were being channeled by the psychic Phyllis Schlemmer in the 1970s. Roddenberry sat in on channeling sessions from 1974 to 1975, and participated in Q & A’s that were recorded in Schlemmer’s 1993 book, the Only Planet of Choice. What lent credibility to the Council of Nine was that their existence was confirmed in the famous Law of One channeling sessions held from 1981 to 1984, which are widely regarded as the most authoritative channeling ever conducted due to the strict scientific protocols used by a retired applied physics professor, Don Elkins. These historical events provide important context for Elena Danaan’s most recent contact experiences where she claims to have been taken to Jupiter’s moon, Ganymede, where she met with the Council of Nine, and was told why Rodenberry was chosen to prepare humanity for a Star Trek future. The is an audio version of an article published on November 4, 2021, and narrated by the author Dr. Michael Salla.