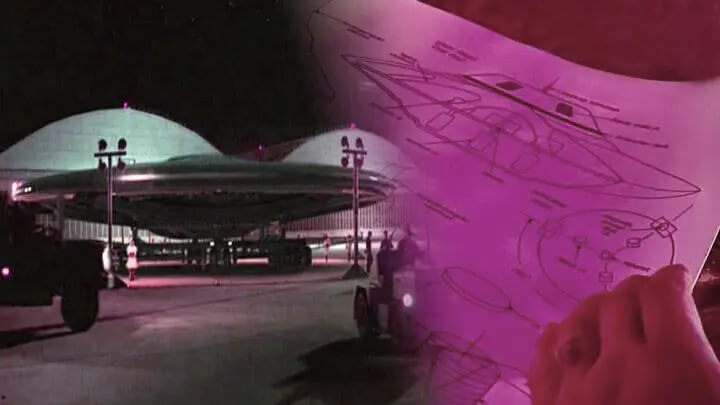 In October 2019, Tom DeLonge’s company,  To The Stars Academy of Arts & Science (TTSA), announced a deal with the US Army that allowed untold numbers of UFO remains artifacts to be seized – pieces of debris or other material related to Unidentified Aerial Phenomena (UAP) that have been collected—, and take them to the Army Combat Capabilities Development Command.

In other words, the Army agreed to offer its equipment to test the UAP artifacts that TTSA had collected to see what results could be obtained in order to take advantage of each other.

But has anything been done in the almost two years since it was announced? TTSA declined to speak about it, but our friends at The Black Vault were able to confirm that such tests with “UFO remains” have already been conducted. The only problem is that the actual results of those tests – thus far and any future findings – can remain a secret for years or possibly even forever.

‘TTSA has a set of different materials, they are interested in investigating the properties of those materials. And since the research of materials, in general, is of key interest to the US Army, we are also interested in any knowledge obtained from these materials, “said Dr. Doug Halleaux, Public Affairs Officer of the Center. Land Vehicle Systems CCDC (GVSC).

However, when The Black Vault contacted TTSA for confirmation, they did not offer further information. Rather, they recommended – very bureaucratically – sifting through a mountain of logs for answers. However, when the same was done with the US Army, it was much more open and transparent in offering an update on the Cooperative Research and Development Agreement (CRADA) with TTSA – although they were kept brief.

“Overall, since the beginning of the CRADA, we have successfully run some tests, and those details and results, if released after the conclusion of the CRADA, will be available at that time,” Halleaux said in an email to The Black Vault. in August. The dates of those tests are unknown, and follow-ups to obtain the exact dates were not answered.

The original CRADA will last until September 2023, however, it is unclear if the pandemic will extend the original dates due to loss of time. Upon completion of the agreement, the Army cannot confirm or deny whether the information will be released to the public, as it will largely depend on the actual results produced.

If the parts are determined to be classified, which would be assumed if a part of TTSA’s UAP material came from classified human technology, the public would not be allowed. The other wild card is if the results are considered “trade secrets” – this is where UFO remains that were “reverse-engineered” would enter – which would exempt the US Army from publishing results in perpetuity since the technology The tip obtained gives it an advantage over other nations.

The determination of disclosure of any findings would likely fall to TTSA if they felt the public should be aware of their findings. But in the eyes of the Freedom of Information Act (FOIA), the US Army would not be able to publish it due to Exemption (b) (4), which primarily exempts “trade secrets and commercial or financial information ».

The Black Vault again reached out to TTSA for comment, given the submitted revelation that testing had been done. But they simply said, “We cannot provide a comment at this time.”

Finally, it should be noted that at no time are these analyzed remains (meta-materials) mentioned as alien spacecraft, but rather that the entire exchange speaks of UAPs / UFOs, that is, unidentified flying objects.