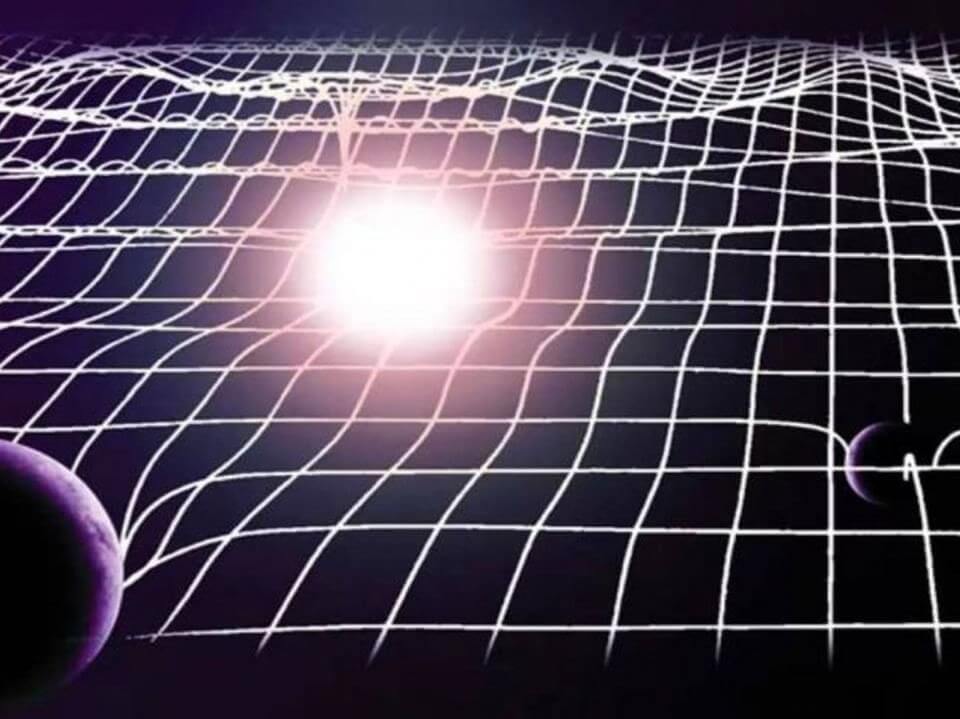 The clustering of galaxies in the Universe on the largest observable scales, where each pixel… [+]

The Universe is a vast, mysterious place, encompassing everything we’ve ever known, observed or could ever hope to come into contact with. For millennia, a look up at the sky — our window into the cosmos beyond our world — was met with wonder, awe, and a fascination with the unknown. Thanks to all the scientific advances made by civilizations across the globe, we now know that the points of light in the sky are stars, found grouped together in galaxies, which cluster together on the largest scales, in a Universe that began with our Big Bang a finite amount of time ago: 13.8 billion years. Yet knowing that doesn’t mean we know everything. In fact, knowing some physics opens the door for some really large misconceptions, some of which afflict even professional scientists. They include…

The observable (yellow) and reachable (magenta) portions of the Universe, which are what they are… [+]

1.) If the Universe is 13.8-billion-years-old, then we shouldn’t be able to see objects 46 billion light years away.

After all, nothing can move faster than the speed of light! The light from the Sun is 8 minutes and 20 seconds old because it takes light 8 minutes and 20 seconds to traverse the distance from the Sun to Earth. But there are two important points to realize there: one is that the Sun and Earth aren’t moving away from or towards each other during the light’s journey, the other is that the space between the Sun and Earth isn’t expanding. On the largest cosmic scales, the Universe has both of these factors in play. Most Popular In: Science

Light and ripples in space; as the light passes through non-flat space, it changes how an observer… [+]

The forces affecting our Universe — gravitation, governed by Einstein’s General Relativity, and the electromagnetic, weak and strong forces, described by quantum field theory — are easy to observe and measure. The theories underlying them are separate, with General Relativity describing the relationship between matter-and-energy to the curvature of space-and-time, and quantum field theory describing the interactions between particles occurring in that spacetime. You might worry that gravity must inherently be a quantum force in nature, and that there should be gravitons mediating that interaction. You might also worry that we cannot calculate how the gravitational force or field ought to work in quantum situations, like for an electron passing through a double slit and interfering with itself.

But the purpose of science is to explain observations, and General Relativity does so for absolutely all of them. Not just sufficiently, but perfectly, to the very limits of what we’re capable of observing. Every theory has a limit to its range of validity; General Relativity will break down at some point, like at the singularities inside of black holes. But quantum field theories have those limits too: at the Planck scale, or distances of around 10^-33 meters or so. Gravitons ought to exist, but they’re similar to photons: real ones can be detected as gravitational waves (just as real photons can be detected as light waves), while virtual ones cannot be detected, and are just a calculational tool. Einstein’s description is perfectly valid. Although we hope it’s someday superseded by a quantum description of gravity, our picture of curved spacetime affected by matter and energy, where the curved spacetime determines the paths of objects, is fundamentally valid in the most important sense: it perfectly describes every observation we can conceive of making.

3.) The Big Bang was the birth of space and time.

The Universe has been expanding and cooling for billions of years; everything was hotter and denser in the past, and if we extrapolate back arbitrarily far, we’d arrive at a point of infinite density. Theoretically, this was realized as early as the 1920s by cosmologists like Alexandr Friedmann and Georges Lemaître, with the latter calling this state the “primeval atom” from which everything emerged. When the leftover radiation glow predicted by this picture — shifted into the microwave portion of the spectrum by the Universe’s expansion — was detected in the 1960s, the Big Bang was confirmed. Extrapolate back arbitrarily far, and you arrive at a singularity: where space and time as we know them emerged from.

Only, that picture isn’t right. If the Universe’s temperature (and hence, its energies) ever rose above a certain point, early on, the fluctuations in the Cosmic Microwave Background would be larger than what we observe. The fact that they are only a few parts in 100,000 — first measured in the early 1990s by COBE — tells us that there must have been a state before the hot Big Bang that our hot, dense, matter-and-radiation-filled Universe emerged from. There was a prediction made as to what that state would be in the 1980s: cosmic inflation, that set up and gave rise to the Big Bang. The details of what the CMB’s fluctuations would be were predicted, and observed to match in gory detail what we observed by COBE, WMAP (2000s) and Planck (2010s). Inflation came before the hot Big Bang. What came before inflation, and honestly, what came before the last 10^-32 seconds of inflation or so, is still a mystery.

4.) Space, time and gravity could all just be illusions.

But at the root of this is the fact that there are close relationships in the equations that govern gravitation and those that govern thermodynamics. Normally, we take the point-of-view that gravity and particles are fundamental entities, and that thermodynamics is emergent: describing the aggregate properties of a large number of more fundamental things. In fact, the laws of thermodynamics do emerge from a different, more fundamental field; statistical mechanics. Gravity may yet emerge from something more fundamental: strings, loops, hairy black holes, Planck particles or some other theoretical construct. The key, however, is that the predictions of this “more fundamental” idea must differ from what General Relativity predicts, and that hasn’t been put forth in any verified manner. But most importantly, gravity isn’t an illusion even if it’s not fundamental; it exists just as surely as any emergent property does. And as for space and time? They might not be fundamental either, but there’s no good idea out there for what they might emerge from that connects to anything testable. Either way, space, time and gravity certainly all exist, and calling them an “illusion” is simply untrue.

The Big Bang: just a theory. Gravity: only a theory. Even the entire field of putting these ideas together is called theoretical physics. It’s not like these are facts, truths or even laws. They’re only theories.

But that completely misses the point of what a scientific theory is. Facts are the most basic elements of science. You make an observation and that’s a fact. You make a measurement and that’s a fact. A single experimental data point is a fact, and so we collect as many of them as we can, and devise setups to collect even more. When you notice that things are correlated, that relationships between various measureables/observables obey a particular form or equation, that’s a law. It’s only when you can put together an overarching framework that not only explains the facts and encompasses the laws, but also makes new predictions about things you can go out and observe that you’ve got a scientific theory. If you then go out, validate and verify your theories and push them to the absolute limits, that you’ve got a theory as good as the Big Bang or General Relativity.

And it’s true: even a theory as robust and accepted as these examples will never be the final answer. There’s always more to learn, more boundaries to cross and more questions to uncover and probe. But the best accepted theories of the day are as close to the truth as science can ever get, even as we always strive to get closer. Better to understand reality, with all the nuance involved with it, as best as we actually can, than to persist in a comforting myth.