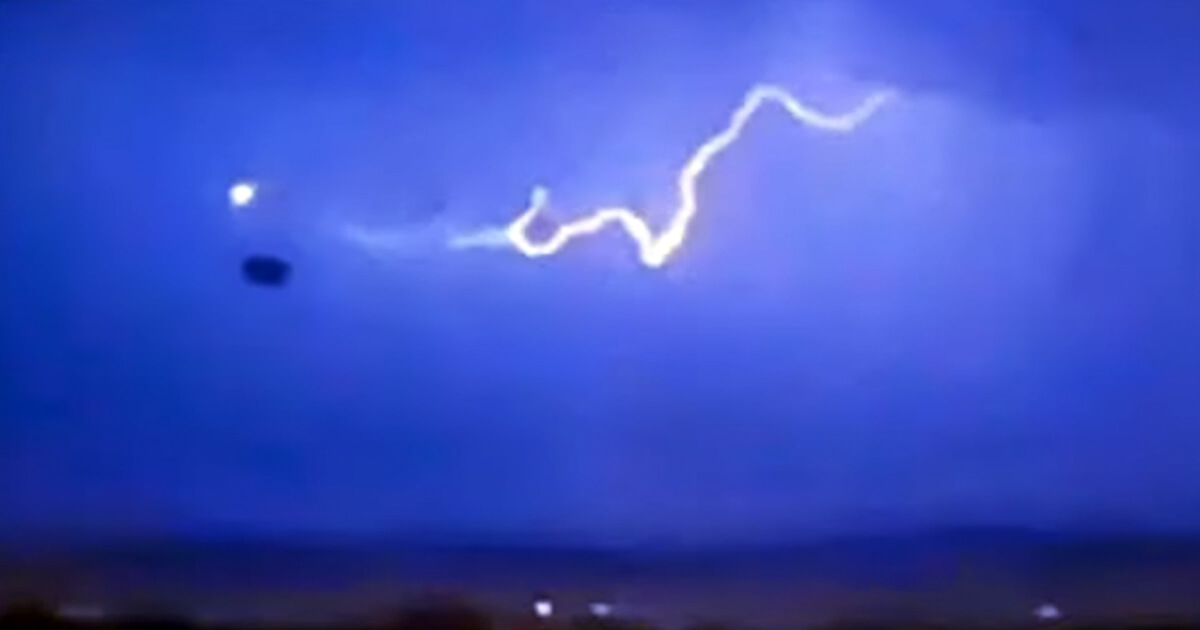 An Internet user posted video of an unidentified flying object (UFO) that was close to the airliner during a thunderstorm. @V3 NoM, a Reddit user, filmed the severe weather over the Las Vegas airport with the hopes of capturing the instant lightning struck the airliner. An eyewitness reported seeing a big black figure hovering beneath the plane while filming. The video shows the lights of an airplane flying during a thunderstorm, and then a black patch with an unintelligible shape appears close. When another bolt of lightning illuminates the night sky, the strange figure becomes visible. According to one eyewitness, the UFO remains stationary under intense light, which appears to be airplane headlights. Many UFO experts were taken aback by the unusual appearance and compared it to scenes from science fiction films. However, watch the video and come to your own judgments. Maybe you’ll have a better explanation for what happened.