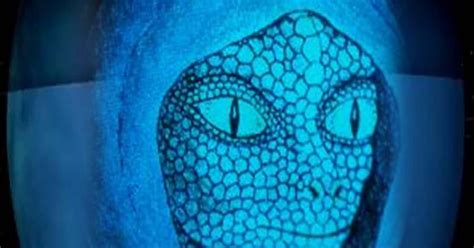 Although he is not alone in his assertions, author, David Icke, is perhaps one of the most well-known of those to claim the entire planet is run by a relatively small amount of people and “bloodline” families. These bloodlines go all the way back to Ancient Egypt and beyond to Babylon and Sumer. Some even believe they are the result of the Anunnaki, who according to legend, created humans as a slave race, combining their DNA with the most “developed indigenous primate!”

Icke himself contends these bloodlines are “reptilian!”

All of the Presidents of the United States, for example, tie into these bloodlines – one way or another – with most of them having direct links to the families. Royal families across Europe – including the British Royal family – also all connect to these bloodlines. As do key banking and influential figures throughout history.

Suddenly, claims of “tall white aliens” when viewed alongside these proven links to elite bloodline families doesn’t sound so strange. Even if the tall white aliens are actually, tall white reptilians – or, a second species.

If we look at the Sumerian King’s List, it is apparent that the reigns of the rulers before the Flood would last for hundreds of years. Only after this time, did the reigns become more reflective of the human lifespan as we know it today.

Might it be that all human life before the flood had a lifespan of hundreds of years? If so, why had the lifespan of human beings decreased following this time, and what was the reason for it?

Or might it be that the rulers of the times before the flood were an alien species to human beings – indigenous or otherwise? Whether that life arrived from outer space thousands, maybe millions of years ago, or whether it developed here and is unknown to us, is something to debate.

And, taking on board some of the theories of David Icke, might these rulers have retreated into the shadows? Ruling covertly through coercion, or even through some kind of shapeshifting or possessing ability? As far-fetched as that sounds, some will argue that is because of conditioning over generations to find such notions ludicrous.

Might this “second species”, prove to more precisely be the first species? And if they do “control the world’s economy” might we – human beings – still be slaves, only of a different kind? We no longer toil for gold in the “bellies of the land”, but we now toil for the digital version of it!