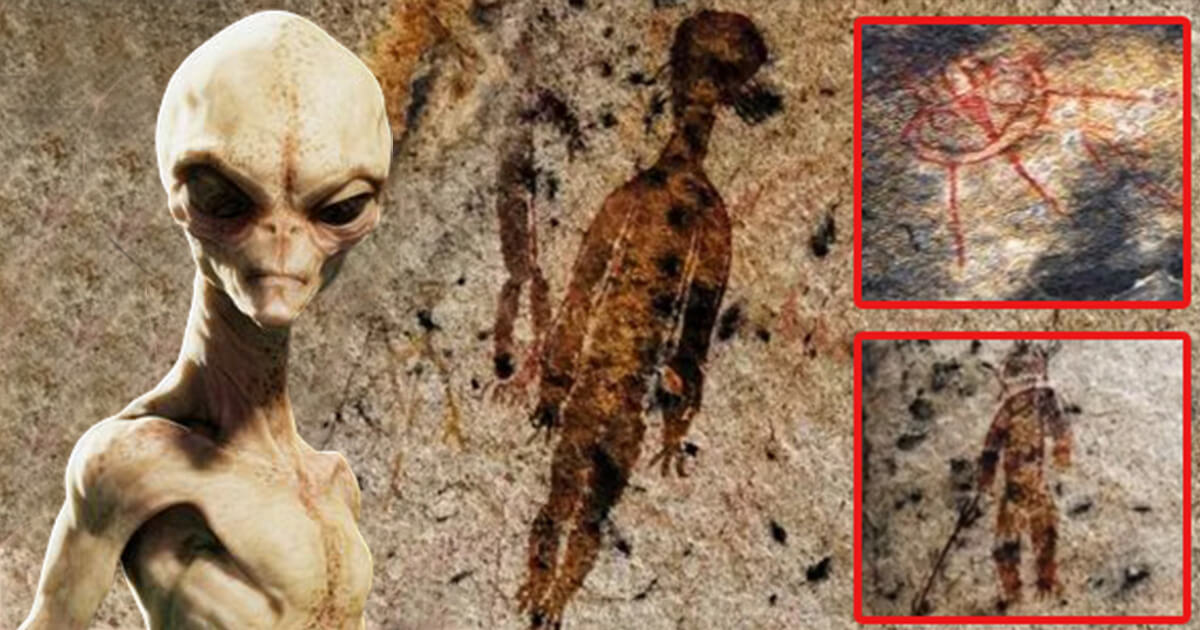 The Ancient Astronauts theory is quite simple, it states that intelligent alien life forms existed way before we had any civilization going and that they colonized our planet and made contact with the ancient humans of the prehistoric times.

We have had some glimpses of evidence regarding this theory but for the most part, it’s all been quite a mystery, except that recently we’ve come upon some definitive proof after all. This was made in a cave in India where researchers came upon 10,000-year-old paintings that depict this contact between humans and alien life forms. Sure, some of these paintings are quite damaged and hard to make out, but there are some that are actually insanely beautiful and detailed, showcasing what appears to be flying UFOs and people venerating them. This would mean that the ancient extraterrestrial life forms that we came upon in ancient times were in fact technologically advanced after all. This discovery was made near the tribal Bastar region and they are definitive proof of the Ancient Astronaut theory. Ever since they’ve been discovered, the locals of the place have started to worship them and refer to these aliens as the “small-sized ones”. According to them, these ancient beings would arrive through the use of flying machines and they’d take 1 or 2 locals with them for unknown purposes. They were never brought back. There are even paintings that resemble spacesuits, that’s how detailed they are.