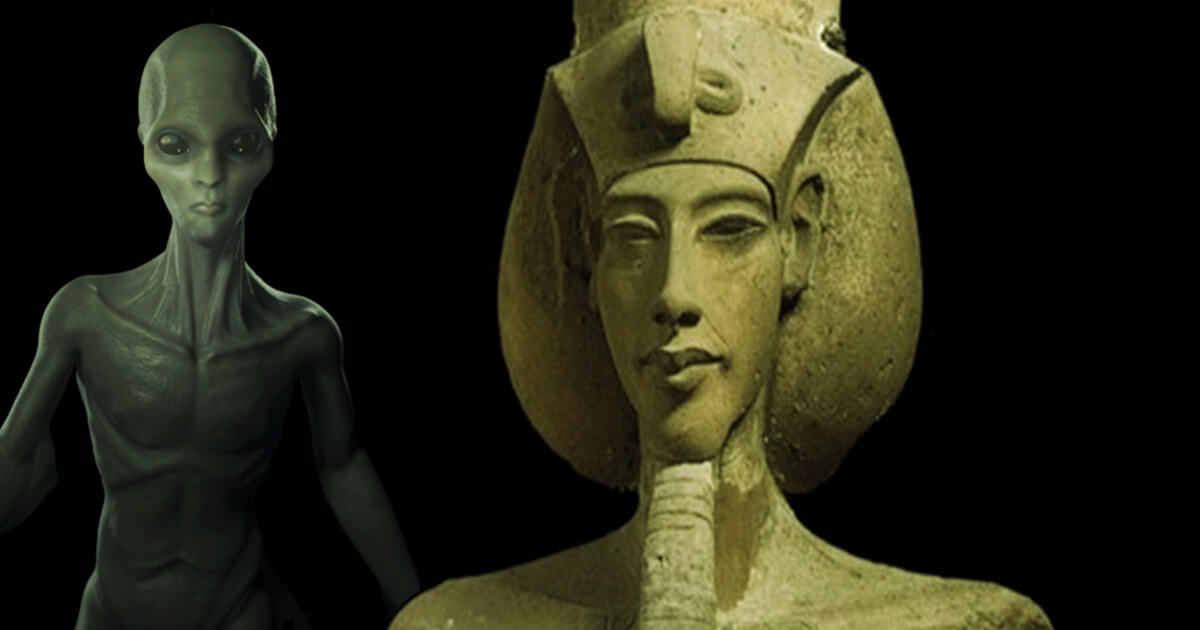 Here are ten pieces of evidence that showcase the fact that Ancient Egyptians were guided by aliens all along.

First of all, we have the ancient alien artifacts from Egypt in Jerusalem. Originally discovered in the Giza complex then taken to Petrie’s Jerusalem these relics showcase the connection that the ancient Egyptians had with aliens all along.

Second of all, we have the pyramids. Slaves couldn’t have built them themselves, take for example the Pyramids of Giza which are over 4,600 years old by now. There is no way that 100,000 slaves managed to lift a 100-ton block on top of a pyramid.

Thirdly, pharaohs were basically alien hybrids. They allowed themselves to be modified physically to resemble their alien overlords all along.

Fourthly, we have the many alien coins that have been discovered in a house in southern Egypt. They portray a spacecraft flying above ground on one side while on the other they portray an alien life form with big black eyes and a strangely shaped head.

Fifthly, we have this depiction of ancient electricity being used in the Temple of Hathor at Dendera, Egypt. You can tell this is a huge lightbulb they’re building.

Sixthly, every ancient site we’ve uncovered so far is mysteriously aligned with one another.

Seventhly, we’ve encountered pyramids on Mars which might mean that the Egyptians were inspired by the Martians all along?

Eighthly, the 2,500-year-old Egyptian hieroglyphs in Australia are by far the oldest hieroglyphs ever discovered.

Ninthly, we have the lost ancient Egyptian colony in the Grand Canyon which means that the Egyptian navy crossed the Pacific or Atlantic to get to Mexico and the American Southwest despite the fact that no other civilization was even close to such a feat.

Last but not least, during an excavation in 1911 we’ve uncovered necklace beads made out of space rocks.