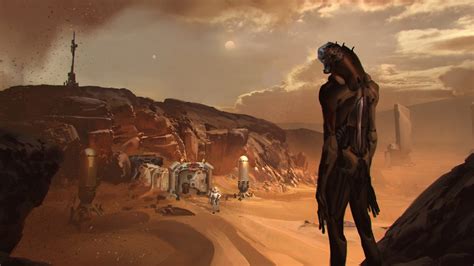 Popularly known as Hélène Smith (real name Catherine-Elise Muller, 1861-1929) was a famous French psychic of the late nineteenth century who claimed to be the reincarnation of a Hindu princess, Marie Antoinette and also said to communicate with beings from the planet Mars.

In 1900, Élise Müller became famous with the publication of “From India to the Planet Mars” (From India to the planet Mars) by Théodore Flournoy, professor of psychology at the University of Geneva. The medium and the psychologist maintained a close collaboration until 1899, when “Des Indes à la planète Mars” was published for the first time in French.

The book documented its varied series of experiences in terms of “romantic cycles”; the “Martian” cycle, “ultramarian” cycle, and “Hindu”, “Oriental” and “real” cycles. The book was very well received, but Müller felt that he had been misinterpreted by not collaborating more with Flournoy, who had portrayed his various “cycles” as the products of what he considered child imagery and his Martian language as a mere elaborate language.

In his “Martian” cycle Smith described the environment and the inhabitants of the red planet and communicated in his name. In his visions, Mars appears as a world populated by humanoids of approximately Asian physiognomy, who used diverse futuristic devices such as self-propelled vehicles and airplanes. Other interesting features of Mars include creatures like dogs with heads that looked like cabbages that not only caught unlikely objects for their masters, but also took dictation.

The Martian cycle finally gave way to a related “Roman” that occurred in a place called Ultra-Mars, perhaps another part of the planet. The ultra-Martian trolls looked more like human beings. They had a different language from the Martians and used ideographic writing instead of phonetics.

Flournoy argued that Smith’s personalities and tongues were the product of subconscious fantasies and represented a great variety of regressive behaviors. In addition, he maintained that, far from indicating its truth, the complexity and the strangeness of the trance stories demonstrated the subconscious desire of the medium to satisfy the imagination of its listeners. As of this moment, Smith refused to admit Flournoy to his seances.

Then Smith received a generous sponsorship from an American spiritualist and turned to a Christian spiritualism with extraterrestrial elements. During this period, his departure from Flournoy was intensified by a sometimes public struggle over the rights of “From India to the Planet Mars,” which Smith insisted was so much the result of his work, as it was his. Over the course of the next two decades, Smith gave fewer séances and devoted much of his time to painting. Finally, this work also attracted a lot of attention, including that of André Breton and the Surrealists.

According to Flourney, Helene Smith was not only able to remember everything she had read or heard, but also used her imagination and ability to tell stories, to weave wonderful stories about her supposed past lives or visit other planets.

In the book “Annals of the Royal National Academy of Medicine – Volume CXVI – Volume 2” they tell us that these skills are not as rare as they seem. There are very susceptible and impressionable people who do not need any hypnotist to be able to rescue for conscience those recondite memories and use them mixed with fantasies, imaginations and confabulations.

Many writings, later considered as plagiarism, have been due to the phenomenon of cryptomnesia, of which the author who allegedly made the plagiarism was not aware. In reality, he was deceived by his own unconscious memory. However, there is usually an answer that this kind of thing is the result of complete deception. What do you think? Leave us your comment!