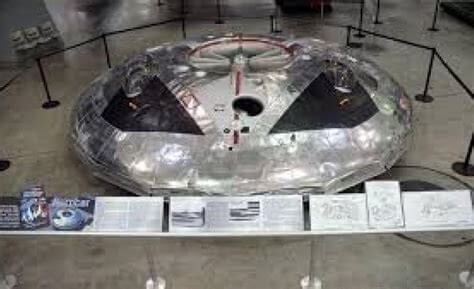 It all had started a few years before the “Space Race” began between the two rivalry nations: the USA and Russia. The world was stunned by the daily UFO sightings, and stories of alien contact flushed newspapers. It was the era of two types of people: the first one was groups of like-minded people, for example, engineers, scientists, and inventors who dismissed any alien contact and flying saucers’ stories, while the second ones were the alien contactees who also claimed to had been in the UFOs. These groups never aligned with each other, but Wilbert Brockhouse Smith (1910-1962), a Canadian engineer was the only line of connection between these two groups.

Mr. Smith worked as a senior radio engineer for the Canadian government’s Department of Transport in the late 1940s and 50s. He was the reason behind the radio communication between Canada and the United States at that time. A very few people know that Mr. Smith convinced the Canadian government to establish a program to monitor the UFOs that eventually detect the strange aerial phenomenon which, according to him, was not earthly. While asking Americans about the existence of UFOs, he received a reply from them that the US government had put this subject at their uppermost concern, and it even was the more highly top secret than the atomic bomb.

In 1950, the Canadian UFO study program, Project Magnet was established by Transport Canada under the supervision of Mr. Smith. The government funded the project for four years, but he received informal funding after. In 1952, he set up an observatory at Shirley’s Bay to study the findings of UFO sightings under Project Magnet. He had a personal interest in Geo-magnetism, which made him concluded that the UFOs were of extraterrestrial origin, propelled by magnetic forces, and actually from parallel universes.

“It is my opinion that the people from elsewhere choose all sorts of methods to make contact with us, and their technology and understanding being much better than ours, they can use methods which we find quite incomprehensible.”

Interestingly, he believed that the UFOs were controlled through physic powers, and such statements embarrassed the Department of Transport. In 1952, when the great UFO wave hit the media, Mr. Smith claimed that the United States Air Force shot down a UFO near Washington, D.C, recovered its piece and let him borrow it. When asked if he had returned the piece to the USAF, he replied that it went to a much more highly secret group (It was neither FBI nor CIA), which identity he could not disclose.

Surprisingly, Mr. Smith was also a firm believer in aliens. In 1961, he gave a speech at the Vancouver Area UFO Club, where he claimed to had been in a contact with aliens, referring to them as “the boys topside.” Furthermore, he said that the aliens had explained to him that the speed of light is not constant, and time works differently in the universe, not like ticking on Earth.

“Their ships, he was told, were supported on the Earth’s gravitational field. The fields surrounding their ships, he added, created areas that reduced areas that weakened the strength of objects that came into contact with them, accounting for the destruction of earthly military craft that flew too close to them. This explained, among other phenomenon, the May 1956 crash of a military jet into the Villa St. Louis convent in Orleans — the jet, Smith said, flew into a “very strong vortex of reduced binding,” causing it to break apart.”

On November 21, 1950, Mr. Smith wrote a memo which was classified as “Top Secret” but later, it was recovered from the Archives of the University of Ottawa. According to the memo, the Canadian government was serious about UFOs and had been building a secret technology using oceanic radiation, atmospheric radio-activity, and Geo-magnetism. He further wrote that his work in geomagnetic and the energy on which flying saucers operate were connected.

Before his death from cancer, Mr. Smith asked his wife to hide all his research and sensitive files, as he was afraid that it would get into the wrong hands. He died on December 27, 1962, and soon after that, the Russians, Americans, and Canadians approached his wife.