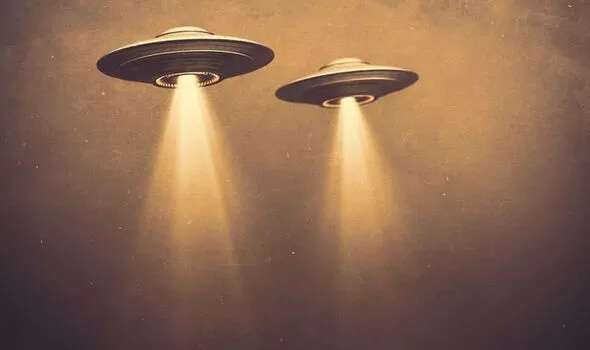 One of the stranger pandemic phenomena is that there has been a sudden upsurge of interest in UFOs. While the skies were largely emptied of normal air traffic, a fascination with unexplained aerial activity took off, heightened by the Pentagon’s own “X Files”.

Here the British UFO Research Association (BUFORA) has reported a rush of applications for its eight-month courses which equip people with the skeptical skills needed to objectively consider what they call High Strangeness Cases.

Now respected British Ufologist Nick Pope has told the Daily Express top secret UFO unit he ran at the Ministry of Defense, until it was mothballed in 2009, should be resurrected as a matter of urgency.

What has added rocket fuel to the age-old speculation about alien visits has been this summer’s admission by US officials that they cannot explain almost 150 sightings of objects in the sky, many of which were seen by highly-trained and rational Navy personnel.

In June the US Office of the Director of Intelligence produced a nine-page document for Congress entitled Preliminary Assessment: Unidentified Aerial Phenomena (UAP), which was based on investigations by its task force.

Experts examined 144 incidents which occurred between 2004 and 2021, most of which were captured on sensors, including radar, infrared and electro-optical equipment. In just one case was an object identified ‑ a deflated balloon.

In 18 incidents “unusual” UAP movements and “flight movements” were observed. In unemotional language the report added: “Some UAP appeared to remain stationary in winds aloft, move against the wind, maneuver abruptly, or move at considerable speed without discernible means of propulsion.”

The report clearly did not find any evidence of extraterrestrial activity but the very fact that certain flying objects could not be identified is enough for some people to conclude that the report could not rule out aliens.

Nick Pope is not jumping to conclusions but he wants more research. During his 21 years at the MoD, he spent three years amassing files on UFO sightings, which included analyzing radar tapes, videos and photographs, so in an arena which attracts more than its fair share of imaginative eccentrics, his views usually attract sober consideration.

Speaking from his home in Arizona in the US, Nick says: “Given that the US intelligence community recently sent a report to Congress, stating that UFOs were a potential national security threat, it’s a serious mistake for the MoD not to re-engage on this issue and restart official research and investigation.

“If there’s something in our airspace, we need to identify it and determine whether we’re dealing with Russia, China or something else. But when the US, as the senior partner in NATO, says the phenomenon is a security threat and that we need to find out what’s going on, it’s shortsighted of the MoD to say they’re not interested.”

Nick adds: “What’s important about this is that we have eyewitness testimony from Navy Top Guns, radar evidence and various official photos and forward looking infrared videos. It’s a perfect storm of evidence.”

He recalls his own most intriguing case, in March 1993, when, “We received dozens of reports over a period of about six hours, including sightings of a huge, triangular-shaped UFO over RAF Cosford and RAF Shawbury in the Midlands.

“It could apparently move from a hover or very low speed to high Mach speeds in an instant ‑ and with no sonic boom. Despite my comprehensive investigation, no conventional explanation was ever found.

“Having investigated hundreds of other people’s UFO sightings, I’ve never seen anything unusual myself. Despite the idea that people have about government UFO programmers from watching TV shows like The X Files, the government investigation seldom involves field visits to the locations where witnesses saw UFOs.

“I doubt there’s a single, neat solution to the UFO mystery, and with regard to those sightings that seemingly can’t be explained as misidentifications or hoaxes, I’m open-minded and don’t rule out any possibilities. The extraterrestrial hypothesis is certainly the most fascinating idea but, despite the various conspiracy theories about a government UFO cover-up, we don’t yet have a smoking gun that proves what we are dealing with.”

He says: “Of all possibilities, aliens would be the most interesting and impactful solution, but perhaps the answer involves some phenomenon so bizarre and abstract that we have neither the words to describe it, nor the mental capacity to truly comprehend it.”

years trying to comprehend sightings and photos and says 98 percent of them can be explained quite easily as misidentifications.

When people take photoently graphs or look through glass, usually windows, objects can be distorted. Even drops of rain take on unusual shapes, she explains.

Testimony from witnesses about close encounters with an alien in their home are usually explainable as well, she insists. She and volunteer colleagues have discovered those who report seeing aliens have often had out of body experiences in their past.

Sci-fi films and drawings of aliens and spacecraft have provided a huge library of images people subconsciously download into their brains, which can be drawn on to help them explain “encounters”, which are normally just very vivid dreams.

Heather runs courses for budding BUFORA investigators, which teaches them to be skeptical and analytical.

“There was a definite increase in interest in the courses in the pandemic,” she says. “We teach people about the pitfalls and how to avoid them.We never use the word abduction because there’s no evidence of that at all and we do not allow hypnosis.”

Eleven people are on the course now with more wanting to join in September. They will learn that as people fall asleep and wake they can be in a sort of twilight semi-conscious state where dreams can seem very real. People can assume what they dreamt ‑ being visited by a strange creature, for example ‑ actually happened.

“Having an altered state of consciousness from sleep to waking can create hallucinations,” says Heather.

UFO clip filmed by US Navy pilots in a video from the Pentagon (Image: SWNS)

Although a confirmed skeptic, there are a couple of incidents which she says she cannot account for. Both “High Strangeness Cases” hark back to the mid 1990s.

“A man was driving home in south east London at 3.30am and he heard a whirring sound,” she recalls. “He got out of his car and saw a ball of light the size of a football. It was hovering three or feet off the ground. He was gobsmacked. All of a sudden it rose up and took on a solid shape about 30ft tall and then it became a ball of light and shot off again.”

A similar incident occurred in Cumbria with a woman taxi driver, whose car came to a sudden halt. She got out and saw a ball of light over a wheel. “She was drawn to look at it,” says Heather. “All of a sudden it rose above the car and shot off.”

Last month student Matthew Evans took pictures of what he thought was a UFO ‑ a triangular formation of lights ‑ from his home in Teignmouth, Devon, which hovered over the sea before “vanishing” at speed.

If skeptics expect the UFO fever to abate as we slowly emerge from the pandemic, they may be disappointed. Gary Heseltine, who also runs UFO Truth magazine as a 96-page bi-monthly e-magazine is another, like Nick Pope, calling for yet more official research.

Gary became vice president of ICER last May and links up with Ufologists in 29 countries to probe sightings. “There has to be a global approach to this,” he insists.

“The release of the nine page report in the US is a turning point. We have gone beyond lights in the sky, atmospherics, mistakes ‑ we are talking about craft now. There’s 40 minutes of military video to go with that report that we haven’t seen.

“The things they’ve seen and reported go way beyond anything the Russians or Chinese could do… craft making right hand turns at incredible speeds, dropping from 80,000ft above the sea to 50,000ft in 0.8 of a second. They are capturing things in ways never captured before. We are dealing with something which is not man-made.

“Our international coalition of experts is an attempt to examine all this on a global scale,” he says.

The growing number of UFO spotters would seem to support any existing believers who claim: “We are not alone.”