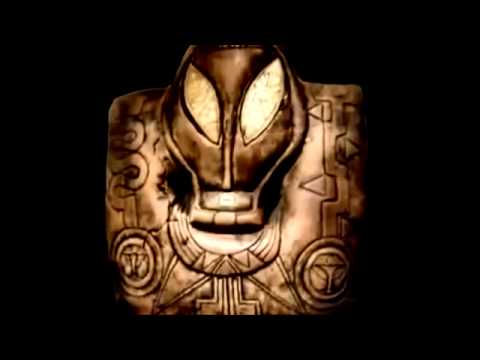 The term “white god” is generally referred to ancient gods who were believed to had come to Earth to help humanity thrive and shared with them knowledge of agriculture, science, and technology. These white gods, who were worshiped by the ancient civilizations of Earth, are often considered to be extraterrestrials by ancient astronaut theorists.

Peter Kolosimo, an Italian journalist and writer claimed that a race of white men (otherworldly beings) had visited Earth a long time ago. They came to a so-called mysterious and controversial place “Atlantis,” which often regards as a fictional island, but later migrated to America after it was destroyed. He believed that legends of Quetzalcoatl support his facts.

Quetzalcoatl or Feathered Serpent God is the mesoamerican deity who was considered to be the first white god who visited Earth. Mesoamerica is the historical region of North America extended to central Mexico.

During the Postclassic period, several mesoamerican cultures like Maya & Aztecs performed religious ceremonies around the white god Quetzalcoatl. Mayans called him “Kukulkan.” According to Mesoamerican legends, Quetzalcoatl created the world.

“He was a creator god, associated with the wind god (Ehecatl) and the planet Venus. Quetzalcoatl was also the patron god of arts and knowledge. He was one of the most human-loving of the gods in the Aztec pantheon. He was the god who met with an ant to provide humans with their first maize to plant, and he was responsible for saving all humanity at the beginning of the Fifth Sun.”

Experts believe that the 10th century Toltecs’ ruler named Ce Acatl Topiltzin Quetzalcoatl, who reportedly lived 843–895 CE, was portrayed as a heroic figure (king or a priest) who left his home but promised to return. The stories of the White God and the Tollan leader are linked by the Mesoamericans, even Mayans shared a similar story about this legend.

In Central Mexico, he was considered to be the god of agriculture, science, art, and patron god of priests since 1200 AD. He invented the calendar and often identified as Venus and the rising morning star. Besides, there is a legend about him that he discovered corn with the help of a giant red ant. All such instances made ancient Mesoamericans identify him as an alien god from a distant planet.

In Mayan culture, there are also artifacts of that time that look similar to modern spacesuits, rock paintings also show figures with a suit similar to a modern astronaut suit. According to legends, Quetzalcoatl disappeared into the sky and was believed to fly to Venus. Many believe that he returned to his place after his mission accomplished on Earth.

Quetzalcoatl is described as light-skinned, bearded and tall, with a serpentine head concealing his human form. The earliest surviving depiction of Quetzalcoatl comes from the Olmec civilization with a sculpture at La Venta depicting a beaked serpent with a feather crest surrounded by two quetzal birds. Such feathered snake representations can be found in the Mexican archeology complex known as Teotihuacán. But from 1200 CE onwards, Quetzalcóatl is often shown in the human form, wearing jewelry and a hat.

Robert F. Marx, an American author and archeologist explained in his book “Quest of Great White Gods” that before Columbus reached America, a civilization of bearded White Gods had ruled the land, and also there were black and yellow gods.

“There seems little doubt that long before Columbus, not only did ‘bearded white gods’ reach the New World, but black and yellow gods, too.”

What’s more, British writer Harold Wilkins wrote that in ancient times, South America had been populated by the white race that helped indigenous people to grow food, build pyramids, and other structures. Later, that race vanished.