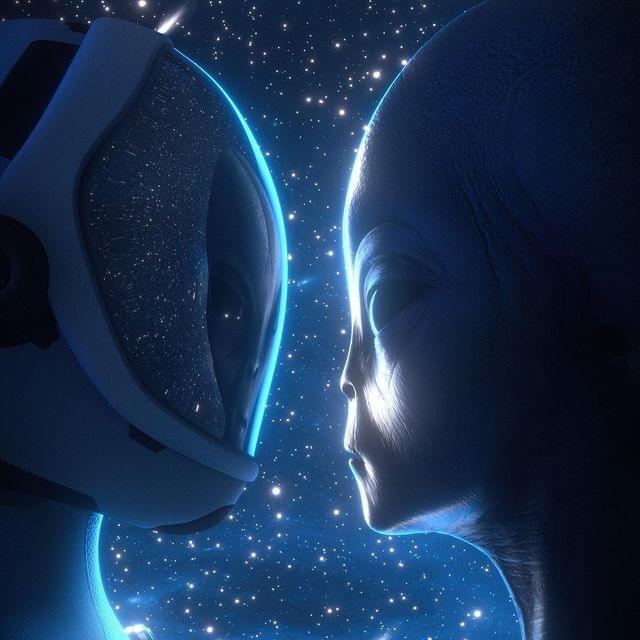 A leaked 1954 document describes the covert procedures for the recovery of crashed extraterrestrial vehicles (ETV) or UFOs. Titled SOM1- 01 (Special Operations Manual), it referred to two types of extraterrestrial biological entities that might be found at ETV/UFO crash sites. Section 10 from the SOM1-01 says:

Examination of remains recovered from wreckage of UFOBs [ETV] indicates that Extraterrestrial Biological Entities may be classified into two distinct categories as follows:

1. EBE Type I. These entities are humanoid and might be mistaken for human beings of the Oriental race if seen from a distance. They are bi-pedal, 5-5 feet 4 [sic] inches in height and weigh 80-100 pounds. Proportionally they are similar to humans, although the cranium is somewhat larger and more rounded….

2. EBE Type II. These entities are humanoid but differ from Type 1 in many respects. They are bi-pedal, 3 feet 5 inches – 4 feet 2 inches in height and weigh 25-50 pounds. Proportionally, the head is much larger than humans or Type 1 EBEs, the cranium being much larger and elongated.

The SOM document, if genuine, shows the earliest known effort to categorize the different extraterrestrial civilizations visiting Earth. Another official document was revealed to exist by Master Sergeant Bob Dean. He had a twenty seven year military career and at one time during his service worked in military intelligence at the Supreme Headquarters of the Allied Powers in Europe (SHAPE) from 1963 to 1967. His distinguished service record gives him great credibility in claiming to have witnessed classified information during his military service. During his SHAPE assignment he claimed he was instructed to read a detailed study of the activities of UFOs/ETs and how they might impact on Soviet-NATO relations which was published in 1964 with the title: “An Assessment: An Evaluation of a Possible Military Threat to Allied Forces in Europe.” In an interview, Dean described four extraterrestrial races listed in ‘The Assessment’ as follows:

The group at the time, there were just four that they knew of for certain and the Greys were one of those groups. There was a group that looked exactly like we do…. These people looked so much like us they could sit next to you on a plane or in a restaurant and you’d never know the difference…. Two other groups, there was a very large group, I say large, they were 6-8 maybe sometimes 9 feet tall and they were humanoid, but they were very pale, very white, didn’t have any hair on their bodies at all. And then there was another group that had sort of a reptilian quality to them. We had encountered them, military people and police officers all over the world have run into these guys. They had vertical pupils in their eyes and their skin seemed to have a quality very much like what you find on the stomach of a lizard. So those were the four they knew of in 1964. But I’ve been told by friends that are still active in military service that it’s well over a dozen by now.

The first report on extraterrestrial intelligence stated the Congressional Research Service of the official United States Congressional Library, in its official report to the President, through the House of Representatives Science and Technology Committee, concludes that there are from two to six highly intelligent, highly technologically developed civilizations in our own galaxy over and above our own.

That information was from a little publication that they had … actually a little thick booklet, a loose leaf notebook type situation [1000 pages]. But the intent of cataloguing the different species was so that they could render the best first aid they could in identifying which species they had at any given location.

The main goal of these meetings with private citizens is to raise public awareness of extraterrestrial life and of galactic society. The main effect of these First Contact meetings has been to raise confidence among members of the general public and government/military officials that extraterrestrials can assist humanity in its evolution as a planetary culture where our vital interests are respected.

Most ‘contactees’ report “First Contact” extraterrestrials to be friendly to humanity insofar as they respect our vital interests or needs at the individual, societal and global levels. This suggests a more ethical approach to the challenges confronting humanity as it prepares for the truth about visiting extraterrestrial life and challenges posed by advanced alien technology. It is this group of extraterrestrials that may prove to be the key in solving systemic global problems caused by those aliens working with the ‘shadow government’ and participating in “unprincipled negotiations” where humanity’s vital interests are ignored in key areas.

The MilitaryIndustrial-Extraterrestrial Complex (MIEC) of interests currently controls most information concerning extraterrestrial life; and dominates government institutions around the planet, financial interests, the mass media, and is responsible for systemic global problems.