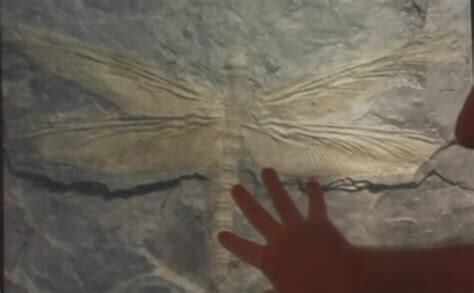 We are frequently asked variations of this question, like this example from Ed in Ohio: 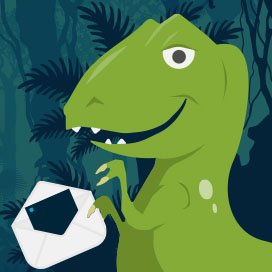 I can’t find any information of human fossils in the layers of rock reputedly put down by the flood. They would certainly be there. Can you enlighten me?

If there really were a global flood as described in Genesis, what would we expect to see today? Billions of dead things buried in rock layers laid down by water all over the earth. And that is exactly what we see. But among these rock layers, human fossils are few and far between, with all known specimens coming from post-flood rock layers. Where are all the fossils of pre-flood humans?

Not Just a Rainstorm

To answer this question, we must first understand the nature of the flood. The flood of Noah’s day was much more destructive than any 40-day rainstorm ever could be. Scripture says that the “fountains of the great deep” broke open (Genesis 7:11). In other words, earthquakes, volcanoes, and geysers of molten lava and scalding water were squeezed out of the earth’s crust in a violent, explosive upheaval. These fountains were not stopped until 150 days into the flood—so the earth’s surface was literally churning underneath the waters for about five months! The duration of the flood was extensive, and Noah and his family were aboard the Ark for over a year.

Relatively recent local floods, volcanoes, and earthquakes—though clearly devastating to life and land—are tiny in comparison to the worldwide catastrophe that destroyed “the world that then existed.”

For this they willfully forget: that by the word of God the heavens were of old, and the earth standing out of water and in the water, by which the world that then existed perished, being flooded with water. But the heavens and the earth which are now preserved by the same word, are reserved for fire until the day of judgment and perdition of ungodly men. (2 Peter 3:5–7)

And God said to Noah, “The end of all flesh has come before Me, for the earth is filled with violence through them; and behold, I will destroy them with the earth.” (Genesis 6:13)

It was God’s purpose and desire not only to destroy man and all air-breathing land animals, but also to reshape and purge the earth itself.

What Do We Find in the Fossil Record?

This violent catastrophe would have buried billions of creatures. Due to the marine nature of the judgment, we would expect marine fossils to dominate most of the fossil record. And that is precisely what we see. In the fossil record

Thus, the number of vertebrate fossils is actually relatively small, compared to other types of creatures. As mentioned earlier, since the flood was a marine catastrophe, we would expect marine fossils to be dominant in the fossil record, and that is the case.

The number of vertebrate fossils is actually relatively small, compared to other types of creatures.

Even today vertebrates are not as common as other types of lifeforms. This makes sense of these percentages and helps us understand why vertebrates are so rare and even overwhelmed by marine organisms in the fossil record. Also keep in mind that not all of the fossil record has been uncovered by erosion or discovered by paleontologists. But from what has been found, we know that most species are well-represented.

In a creation/flood geology worldview, the geological record of the flood may represent in general terms the destruction and burial of different pre-flood ecological zones, the buried remains of plants, animals, and other organisms that once lived together in the same environments. A walk up through the walls of Grand Canyon and northward across the Colorado Plateau, for example, is not a walk through evolutionary time. Instead, it is like a walk from the bottom of the shallow sea-floor across the tidal zone, over the shore, across the lowlands, and into the upland regions, except the creatures are buried up on the continent. And all of the flood layers represent less than a single year of accumulation.

Why Are There So Few Mammal Fossils?

As all of this geologic activity is going on, humans and land animals were swept away and eventually drowned or died. Humans, as well as most of the mammals and birds that died during the flood, were likely not quickly buried and fossilized. The drowned carcasses may have then “bloated and floated” and were either eaten by sea creatures, washed ashore later and consumed as carrion, or decomposed and composted naturally.

We need to consider that amphibians and reptiles typically live closer to water, are slower moving, and less perceptive of their environments than mammals and birds. This lack of mobility and marine or freshwater lifestyle would make them more likely to get buried by mudslides or washed into trenches and buried by sediment.

Humans, mammals, and birds are much more likely to flee rising water and seek shelter on higher ground, in trees, or on top of structures, so they would not be caught up in landslides or mudslides as readily. Any animal not buried quickly either drowned or was killed by the destructive power of the water itself. Dr. John Morris of ICR mentioned this in a 2014 article: “[t]he hydraulic forces that simultaneously deposited sediments and dead animals were typically strong enough to be highly destructive. Muddy sediments moving at great speeds generate powerful shear forces. Few animal [and human] bodies would have remained intact.”

With all of these factors, it is much less likely for there to be pre-flood human, mammal, and bird fossils, but it is not altogether implausible that pre-flood human fossils could be found one day.

Dr. Morris also put forth another probable hypothesis for so few mammal and human fossils: “what land fossils were preserved would be buried late in the Flood, near the surface, and would have been subject to erosion and destruction once again as the Floodwaters rushed off the rising continents.”5 Keep in mind that Genesis 8:3 and 8:5 mention several months of water continually receding off the earth. Anything or anyone buried in shallow, surficial deposits would have been battered by sediment-laden water and washed back out to sea by these receding waters. With all of these factors, it is much less likely for there to be pre-flood human, mammal, and bird fossils, but it is not altogether implausible that pre-flood human fossils could be found one day. However, to date, our stance is that we have seen no concrete evidence in any reputable literature of any fossils of pre-flood artifacts or humans.

Furthermore, we need to remember that God specifically said in Genesis 6:7, 17 that he would “blot out” man and destroy all air-breathing flesh:

The Lord said, “I will blot out man whom I have created from the face of the land, man and animals and creeping things and birds of the heavens, for I am sorry that I have made them.” (Genesis 6:7, ESV)

And behold, I Myself am bringing floodwaters on the earth, to destroy from under heaven all flesh in which is the breath of life; everything that is on the earth shall die. (Genesis 6:17)

Some have suggested that a large percentage of the bones of humans and other vertebrates (made up of calcium phosphate) swept away by the flood waters were dissolved because of the acidity of the water’s volcanic components. They were then subsequently precipitated in the phosphate-rich (limestone) beds found near the base of the flood’s fossil record.

By contrast, much of the post-flood (and ice age) fossil record is of land animals and is rich in mammal fossils. During the early post-flood period, there was no universal and worldwide marine catastrophe but a series of local floods; treacherous tar pits, bogs and quagmires; sudden dust storms; and other catastrophes. In other words, fossilization occurred in places where mammals congregated and were caught up in some local catastrophe that quickly buried or preserved them in anoxic conditions.

Why Is There Order in the Fossil Record?

The relative order of the fossil record on geological charts is observable science. The explanation of why there is an order to the fossil record depends on the researcher’s starting point. Evolutionists believe it is due to millions of years of earth’s history and slow and gradual evolution. Because they have a different starting point, creationists believe the order in the fossil record exists due to the flood. Reasons for the observed order include the locations of the pre-flood biological communities that were swept away; the sequence and location of the rise and advance of the floodwaters; the way moving water sorts objects of different weight, density, and buoyancy; and the mobility of creatures. Taken together, these reasons can easily account for the order in the fossil record.

The explanation of why there is an order to the fossil record depends on the researcher’s starting point.

The fossil record is therefore a testimony to the rapid burial by sediment in a watery cataclysm of billions of organisms. This is why organisms are typically found inside rocks (or rock matrixes): they were buried in sedimentary mud, silt, or sand, or lime that has subsequently hardened into mudstone (shale), siltstone, sandstone, and/or limestone.

In summary, the most likely answer to the question of why there are so few pre-flood human (as well as bird and mammal) fossils is that humans were swept away and their bodies destroyed during the flood before they could be buried, as well as because of the mechanisms of fossil preservation which favor preserving hard-shelled organisms over soft-bodied ones.

1 thought on “Where Are All the Pre-Flood Human Fossils?”