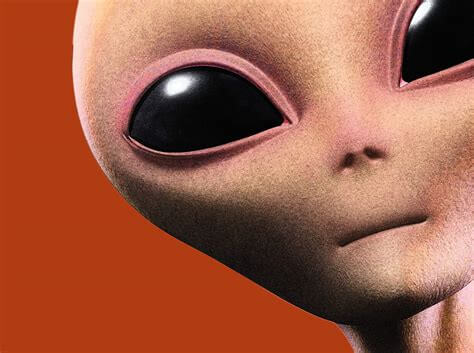 The alleged Aztec, New Mexico crash site puts us close to the ever-burning questions and theories about government cover-ups and encounters, and the proponents who continue to believe

By now you’ve probably seen or heard about new Netflix series “Stranger Things,” an ’80s-style throwback to Spielberg sci-fi giants like “E.T.: The Extra Terrestrial” and “Close Encounters of the Third Kind.” Well, if you like creepy alien creatures and government conspiracies, there’s similar local lore to be found just 30 short minutes away in Aztec, New Mexico. Many people believe a UFO crash-landed there in 1948, but the craft was quickly disposed of by the military. American folklore is rife with flying saucers and government cover-ups, and some industrious folk have actually built entire careers around it. None too surprisingly, these UFO researchers face constant backlash and derision going about their jobs – not that it stops them. Like the “X-Files” tagline, they’re certain “the truth is out there.”

Esteemed cosmologist Stephen Hawking has vocalized his concern about aliens. Humans have a history of wiping out cultures less technologically advanced than our own, so it’s likely an alien civilization would arrive with similarly nasty intentions. “We only have to look at ourselves to see how intelligent life might develop into something we wouldn’t want to meet,” Hawking has said. “Advanced aliens would perhaps become nomads, looking to conquer and colonize whatever planets they can reach.” Hawking isn’t necessarily sympathetic to those who insist ETs have already made a pit stop here. “I am discounting reports of UFOs. Why would they appear only to cranks and weirdos?” he once asked in a TED talk. Indeed: Why aren’t respected scientists or celebrity advocates speaking out about their own encounters of the third kind?

Stanton Friedman, Canadian ufologist and retired nuclear physicist, isn’t worried about de-bunkers. Since 1967, he’s given more than 700 lectures on the subject of UFOs, most at universities. He has only counted 11 hecklers in that time, and Friedman thinks he would get that number no matter what his topic. He comes on pretty strong. “I start every lecture by saying four major conclusions after years of investigation: 1) The evidence is overwhelming that planet Earth is being visited by intelligently controlled ET spacecraft; 2) We’re dealing with a cosmic Watergate, meaning that some people in major governments have known since at least 1948; 3) There are no good arguments against the first two conclusions; 4) We’re dealing with the biggest story of the millennium, visits to Earth and successful cover-up of the bodies and wreckage for more than 70 years.” Friedman also notes a study done in the ’50s for the U.S. government, Project Blue Book Special Report #14. “They looked at 3,201 cases – that’s a lot of sightings,” he told me. “They found 21.5 percent of UFO sightings could not be identified, and the better the quality of the sighting and the greater the duration, the more likely it was to be unexplainable.” Most sightings CAN be explained by scientific phenomena, Friedman concedes. But so what? “Most chemicals don’t cure any disease, but if you’re sick, give me the one that does!” he laughed.

The Aztec crash Durango’s neighboring New Mexico is a hotbed for extensive extra-terrestrial activity. Roswell, most famously, is a tourist trap teeming with eager believers. Aztec is a lesser-known UFO crash site, but considered by some to be a more legitimate case. Here’s the story according to crash proponents: In March 1948, nine months after the Roswell episode, a much bigger flying saucer crash-landed in Aztec. The army took the spacecraft and dead humanoids on board away, and our government carefully concealed the whole thing. This tale’s intrigue resulted in an eventual Aztec UFO Symposium, a yearly conference run by the New Mexico library as a fundraiser up until 2011. “It makes sense that [ETs] would go there,” said Friedman. “New Mexico is where two out of the three nuclear weapons in the world were. Los Alamos and the Sandia Base. The first bomb was tested at the New Mexico Trinity Site [as part of the Manhattan Project].”

OK – but why should aliens care about nuclear testing? Friedman jokes that perhaps they’re graduate students, doing thesis work on the development of a primitive society. But human beings’ major activity is tribal warfare, so ETs might also want to quarantine our race. “No rational alien would want us out there,” Friedman said. “Look at World War II; we killed 50 million of our own kind. We’re not nice guys. And speaking of nuclear weapons, any rational alien would know that if you want to go to the stars, you’d use nuclear energy, fission or fusion. I worked on a study of fusion propulsion for deep space travel in 1962.” So there you have it. Aliens could be trying to stop our war-mongering breed from escaping the planet via nuclear energy and contaminating the galaxy. Unless they’re visiting New Mexico to see the set of “Breaking Bad” or bully the author of “Game of Thrones” into finishing the series.

Aztec was the first widely publicized report of a recovered flying saucer, but has long since been considered a hoax. Scott and Suzanne Ramsey, husband and wife authors of “The Aztec UFO Incident,” spent the last 30 years researching the case in an effort to accurately depict what they call a “historical event.” “We have traveled to more than 28 states; personally spent $500,000; and archived 55,000 related documents from sources including the United States Army, U.S. Air Force, FBI, and CIA,” they write in the book’s introduction. They’ve interviewed crash witnesses who say they were sworn to secrecy by the military, and dredged up the names of scientists who worked on the so-called craft after its retrieval. “There’s no other case like it,” Suzanne said, citing the amount of physical proof.

New Mexico resident Lyn Buchanan is another Aztec crash believer. He’s presented his findings from a series of “controlled remote viewing” exercises (learned in the military) at a past Aztec symposium. Remote viewing is most commonly explained as “psychic spying,” though Buchanan considers the term “psychic” inaccurate. He describes it more as mental martial arts. Buchanan apparently used these techniques to confirm the crash in Aztec. There’s even a character based on his work in both the book and 2009 film “The Men Who Stare at Goats.” But beyond this incident, Buchanan has little interest in UFOs. He says you might see one fly by whilst taking out the trash, but there’s nothing you can do about it. You just go on living your life.

Keeping it quietIf documented UFO visitations to Earth exist, why should governments go to extreme lengths to keep it confidential? Friedman declares that if an announcement was made, mental hospital admissions would go up, the stock market would go down and there would be a problematic media push for a “new version of ourselves.” Instead of designations as Americans, Canadians or Russians, we’d all be Earthlings. “Ain’t no government on this planet that wants people to owe their allegiance to the planet!” Friedman said. “Nationalism is the only game in town.”

Regarding the Aztec timing, Suzanne points out that 1948 was around the advent of the Cold War, and in the interest of national security, our government kept it a secret to protect us (initially). “At this point, if they were to go ahead and admit they lied, people would wonder what else they’ve been lying about,” she said. It’s not as though no one has ever gotten in trouble for breaching national security measures. Edward Snowden disclosed intel about the NSA spying on American citizens in 2013 and hasn’t been able to return home since. Julius and Ethel Rosenberg were caught selling information to Soviets about the top-secret Manhattan Project and were executed by the government in 1953.

Strangely, none of my sources have been threatened by the government for exposing their findings. The Ramseys claim members of NASA, the NSA, and Air Force Intel have even come to hear their talks, merely interested in the research. Yet if the government is so concerned with keeping things clandestine, shouldn’t they be working to silence secret-disclosers with concrete information on their hands? Maybe. Then again, there are a lot of these people. You can’t execute everyone. According to Buchanan, it’s simpler for the government to ridicule those who speak out. If people think they’re cranks and weirdos, what’s the harm?

Believers and skeptics According to Newsweek, a 2015 poll conducted by the market-research company YouGov showed slightly more than half of respondents from America, Britain and Germany think “intelligent alien life” exists. Fifty-four percent of Americans believe, and 42 percent think smart aliens haven’t contacted us because “human technology is not advanced enough for us to communicate” with ETs. Thirty percent are with Friedman and the Ramseys, believing “extra-terrestrial intelligent life has already contacted us but the government has covered it up.”

Most people do believe, asserts Friedman, but think other people don’t, so they stay mum for fear of ridicule. I speculated that should I personally make a report to my friends and family of a UFO sighting, I would be met with mental health questions instead of gentle understanding. This admission seemed to anger him a little. “That’s because they’ve fallen for the propaganda from the nasty, noisy negativists, the ancient academics and fossilized businesses who say there’s nothing to the subject but haven’t studied the evidence,” he said.

UFO researchers don’t consider every theory authentic. Friedman permits there’s no evidence of ETs being held or experimented on; no evidence pointing to signs of their hostility toward us; no convincing evidence for a secret underground alien base in Dulce, New Mexico. And not everyone who insists they’ve been abducted is correct – though some definitely are, according to Friedman. “I have a big gray basket, as I call it; not all the world is black or white. Some of it is gray,” he said.

Battling the nay sayers A common trait among those who speak out about UFO sightings, crashes and cover-ups is a desperation to be taken seriously. They all seem to note how many people have come to their talks, describe the respectability of such people, recite their résumés in proud detail. They list how many radio and television programs they’ve been on, perhaps forgetting that anyone can be on TV these days, even Honey Boo Boo and the Kardashians.

Friedman has amassed heaps of knowledge, but during our conversation he took pains to emphasize his expertise. (“There aren’t too many people who have worked on as many canceled government-sponsored advanced research and development project programs as I have …”). I’m not suggesting Friedman is insincere, but confident experts don’t typically repeat their accomplishments and qualifications quite so vigorously. On the other hand, UFO researchers are most frequently sneered at, battling what they feel is ignorance. It probably renders them defensive and irritable. Everyone thought ancient philosophers were crazy for believing the world was round, too. “When I started speaking in 1967, I was worried someone would come up with something I know nothing about, that would demolish my case,” said Friedman. “But it has never happened. I’ve now heard all the questions. I’ve answered over 60,000.”