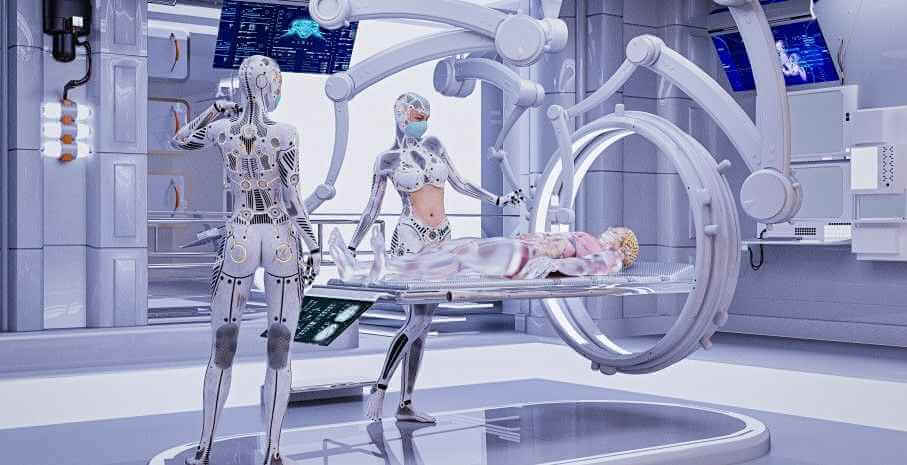 About 70 thousand years ago, Homo Sapiens was an insignificant animal living somewhere on the African continent. But in the millennia that followed, the Sapiens became the rulers of the planet: we subdued the environment, increased food production, built cities and connected them with trade networks.

But our achievements, no matter how beautiful they look from the outside, have a downside, because our civilization has endangered more than one million species of animals and plants, and the rapid climate change (also the work of man) brings catastrophic consequences every year. But if other, now non-existing civilizations dominated the planet before us, does this mean that we are rapidly approaching sunset? Nobody knows the exact answers to these questions, but let’s try to figure it out.

Great civilizations of the past

Humans have been around for several hundred thousand years, but until the last 7,000 years, we roamed the earth in small groups, hunting, gathering edible plants and fearing threats from other people, animals and weather. Everything changed after the development of tools, weapons and fire, and the first major step towards civilization was the domestication of animals for food, clothing, transportation and communication.

As William R. Nester writes in his work entitled “The Rise and Fall of Civilizations” , plant domestication followed, with small groups settling in river valleys, planting and harvesting. Over the centuries, some of these settlements have developed into complex civilizations that include most or all of the following components:

The first “civilization” is believed to have originated in Mesopotamia around 5000 BC. BC, and over the next 6,500 years or so, great civilizations grew and appeared elsewhere, expanded their rule, and then perished for a variety of interconnected political, technological, economic, military, and environmental causes.

Roman civilization originated around the sixth century BC. At the height of its power, the Roman Empire ruled over a vast tract of land, and all modern Mediterranean countries were part of ancient Rome.

Recently, scientists have finally solved the mystery of the death of the Mayan civilization – one of the brightest civilizations in the history of mankind, the dawn of which came approximately in the III-IX centuries. As the results of several scientific studies have shown, among the reasons for the death of the Maya, researchers single out several factors at once – droughts, wars, food shortages, etc.

Where is our civilization heading?

According to the data obtained using the ESCIMO computer model, we have just passed the “point of no return” – the moment when humanity could prevent the most severe consequences of rapid climate change. In a paper published in the journal Nature Scientific Reports, the researchers write the following:

“Even if all emissions of harmful substances into the atmosphere are reduced to zero right now, this will not stop the rise in global temperatures.”

And yet, despite this disturbing news, let’s hope that we will meet 2030 and all the decades to come, caring for the environment and looking to the future with optimism. We do not want it, the passage of time is inexorable, and with it the changes in all areas of everyday life. Thus, many researchers regard the near future as a time even more technological than ours.

As stated in an article published on the Science Focus portal, technology can lead us to a world where we will not be sure what is real and what is not. At the same time, thanks to technology, we can distinguish fact from fiction, which is especially relevant in the era of fake news and Deepfake.

For example, some AI startups use machine learning algorithms to identify fakes and errors on the Internet.

“Fake news and social media have eroded trust in traditional media that have failed to adapt to the new reality. Solving the problem of fake news requires rebuilding the news ecosystem and educating people to think critically and to be more responsible on social media,” Michael Bronstein said, co-founder of AI startup Fabula, a professor of computing at Imperial College London. Well, let’s hope this fight against fake news will be successful.

Today, many researchers have high hopes for the genome-editing CRISPR method, which can treat hereditary diseases or significantly reduce the risk of developing Alzheimer’s disease. There is even talk of the possibility of reversing the biological aging process.

But how far can we go in this war on disease? After all, most ailments are caused not by one gene, but by a combination of several genes and environmental factors. Some genes that predispose us to one disease simultaneously protect us from another.

The researchers point out that one of the main challenges today is the costly availability of CRISPR. Moreover, editing the human genome also raises ethical dilemmas – for example, a widely publicized act of a Chinese scientist who used CRISPR-Cas9 technology on unborn babies, for which he is now serving time in prison.

However, many scientists hope that in the future, doctors will be allowed to use this technique for the benefit of people, but the “finer details” have yet to be determined. It appears that different cultures will approach ethical issues differently. So in this regard, the future is complex and difficult to predict.

The last time a human foot set foot on the lunar surface was in 1972. Then few could predict that people would not return to Earth’s satellite for another 50 years. As for the latest plans of the world space agencies (both private and public), the plans for the next decade include not only the launch of robotic vehicles, such as the Europa Clipper (scheduled to start in 2021), the James Webb Space Telescope, but also a return to the Moon and human flight to Mars.

In general, speaking about space exploration, we would like to believe that studies of the solar system and the observed Universe in the next 10 years will bring long-awaited news and answers to questions that excite the imagination.

More than 800 experts, economists, businessmen and executives surveyed by the World Economic Forum (WEF) predict the following technologies will be trending. They will make a technological revolution in our world (watch the video below about technologies of the future).

Who knows, maybe in 2030 humanity will know for sure that it is not alone in the vastness of the infinite universe. What do you think the world will be like in the near future?