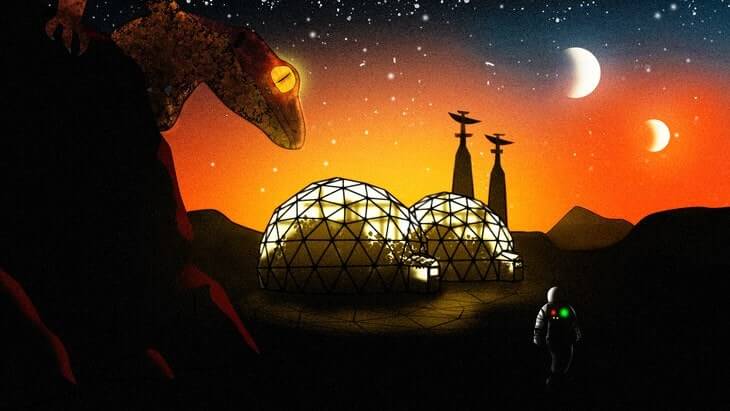 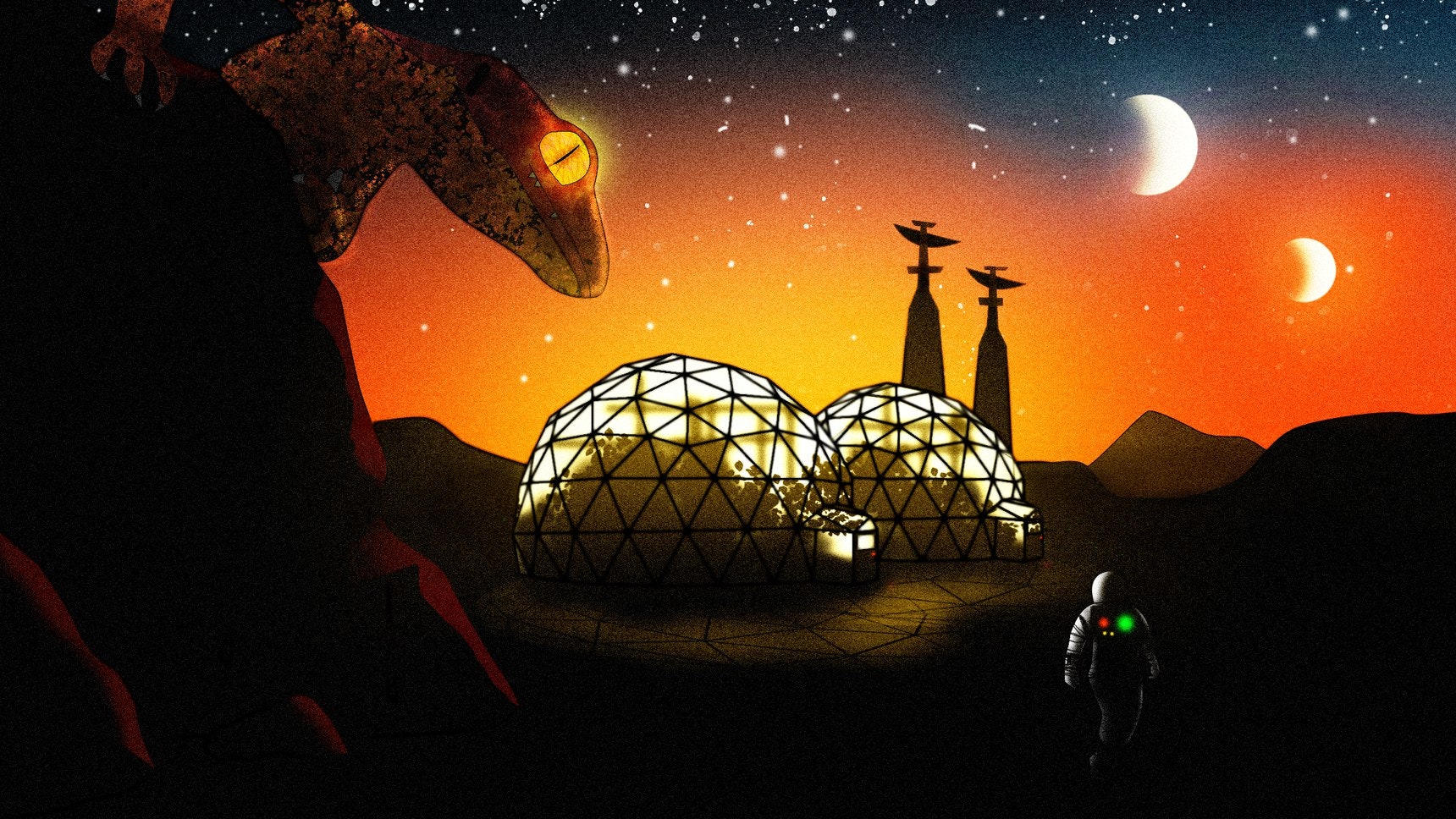 David Gerrold is the author of dozens of science fiction books, including The Martian Child and The Man Who Folded Himself. His new novel Hella, about a low-gravity planet inhabited by dinosaur-like aliens, was inspired by the 2011 TV series Terra Nova.“The world building that they did was very interesting, very exciting, but because I was frustrated that they didn’t go in the direction I wanted to go, I was thinking, ‘Let me do a story where I can actually tackle the world building problems,’” Gerrold says in Episode 454 of the Geek’s Guide to the Galaxy podcast.

Hella goes into enormous detail about the logistics of settling an alien world, and grapples with questions like: Would it be safe for us to eat alien proteins? Would it be safe for us to breathe alien germs? What effect would plants and animals from Earth have on an alien ecology? It’s a far cry from many science fiction stories which assume that alien planets would be pretty much like Earth. “My theory is that there are no Earth like planets, there’s just lazy writers,” Gerrold says.

Hella is told from the point of view of Kyle Martin, a neurodivergent young man who struggles with social niceties but possesses a wide-ranging curiosity for technical details. Gerrold says that telling the story from Kyle’s point of view meant making the world building in Hella especially rich.

Gerrold hopes that Hella will make readers think more carefully about the effect that our actions can have on ecosystems here on Earth. “I’ve seen articles that suggest that faster-than-light travel and colonizing planets around other stars is simply beyond our technical abilities,” he says. “I hope they’re wrong. But as a thought experiment, going to another world and discovering what’s different, it’s a chance to consider how things are on this planet too.”