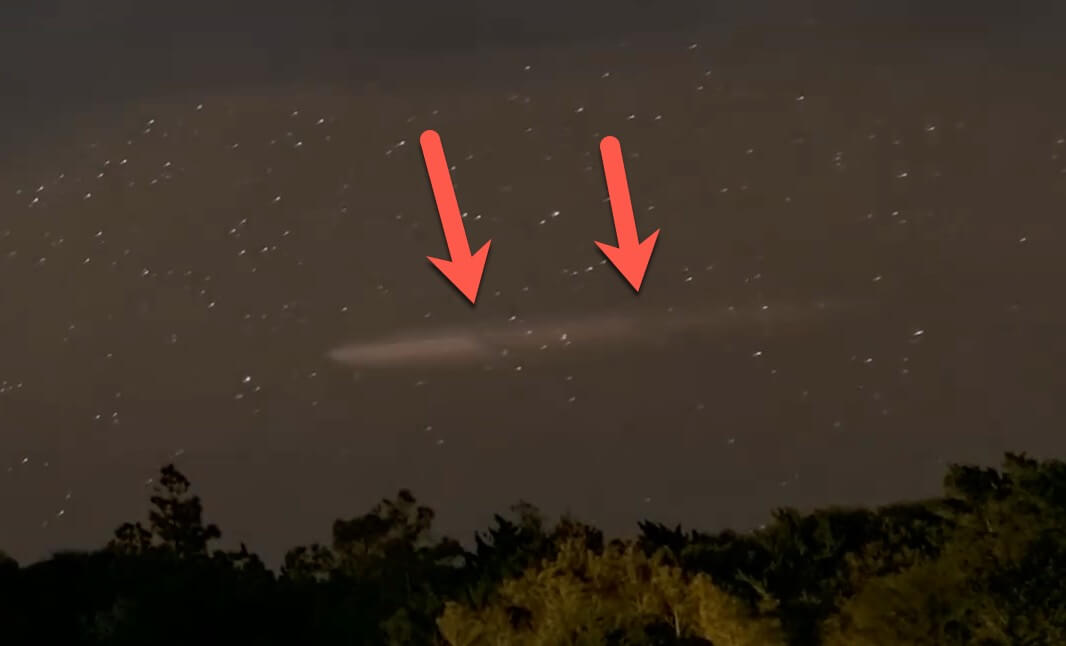 10:20 pm on the evening of 7th January, at the Cape Hatteras Lighthouse, a photographer, Wes Snyder, was shooting time-lapse photos for a project that was upcoming. However, during this photo mission, he managed to capture just under three minutes’ worth of footage of a strange object.

Snyder realized he had captured something quite extraordinary when he reviewed the footage. He could immediately see that the object was moving “faster than the clouds” and was much too big to be a plane. Snyder himself is unsure of exactly what the object might have been and asked for viewers’ thoughts when he posted it online.  He did, however, dismiss that it might be a meteorite or a shooting star due to how long it remained in shot.

It is a possibility that the UFO disappeared into the ocean as opposed to into the distance (although there is no footage of this). We mention regularly that many UFO sightings occur near water, with one of the main theories as to why this might be being the presence of underwater alien bases off the coast of the United States.

It is certainly an intriguing piece of footage.