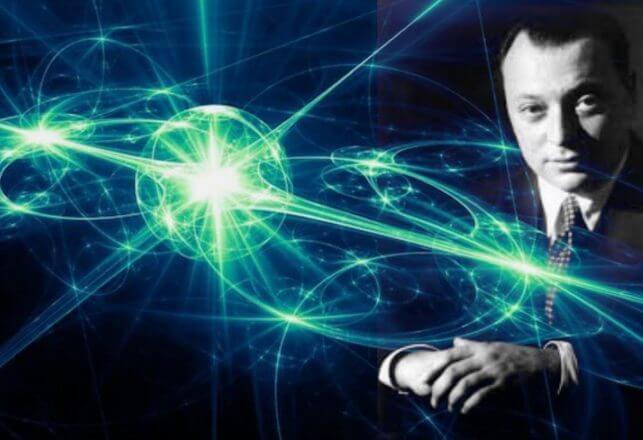 In the twentieth century, there was a brilliant physicist who believed that people can unconsciously exert a psychic influence on the outside world. Moreover, this phenomenon manifested itself in himself which later came to be known as the Pauli Effect

Austrian physicist, Nobel laureate, professor of theoretical physics at the Swiss Federal Institute of Technology, and pioneer of quantum mechanics, Wolfgang Ernst Pauli is widely regarded as one of the most brilliant physicists who ever lived.

He was the first to suggest the existence of neutrinos in 1930, received the Nobel Prize in Physics in 1945, received widespread praise from Albert Einstein, received the Max Planck Medal in 1958, and was instrumental in the development of many areas of theoretical physics and quantum theory.

Pauli was highly respected among his peers, possessing an impeccable scientific mind unlike anyone else, but he also had some rather strange ideas and oddities revolving around him, one of which was later called the ” Pauli Effect.”

It started when people, including Pauli himself, noticed that whenever he was in the laboratory, there was an inordinate amount of strange accidents and equipment malfunctions.

Almost always, when Pauli entered the laboratory, everything broke down, electrical systems failed or shorted out, glasses cracked, Bunsen burners did not ignite, and various equipment either stopped working or experienced some kind of interference, even fires broke out, flaring up on occasion.

Colleagues jokingly called this the “Pauli effect”, stating as one of its laws that “the operating device and Wolfgang Pauli cannot occupy the same room.” It was very funny, but as this effect continued, it became very noticeable that it all seemed no coincidence and not at all funny.

The effect seemed to work even through the walls of rooms or even over a distance. An incident happened that quickly turned into a popular anecdote. It was when Pauli was driving past the Göttingen train station, and at the same moment, several pieces of laboratory equipment at the nearby University of Göttingen exploded for no apparent reason.

Another story goes that when Pauli was visiting the Princeton Institute for Advanced Study, the massive cyclotron particle accelerator at Princeton University Physics Department inexplicably caught fire and burned for more than 6 hours before being extinguished.

As such strange incidents became more frequent, Pauli’s peers stopped joking about it and began to believe that something really strange was happening in the presence of a physicist, and that perhaps there was even something supernatural about it.

It was rumored that experimental physicist Otto Stern once even banned Pauli from visiting his laboratory for fears that he would break something or ruin his experiment.

It is interesting to note how these serious high-level scientists began to elevate the Pauli Effect to a mystical superstition, believing it to have no rational explanation. One science photographer named David Fathi once said this:

“I’ve tried for a long time to understand how some of the brightest minds of their time could have succumbed to ideas that seem to be pure superstition. But now I think that to work in a field as abstract and far from general intuition as quantum physics, you probably should be initially predisposed to thinking outside the box, and must also be creative people, open to the strangest ideas. “

Pauli himself soon began to seriously think that some other inexplicable physical phenomenon was behind all this. For him, this was not a big leap to the side, since he was sometimes interested in parapsychology and supported the ideas of K.G. Jung on the existence of the phenomenon of synchronicity, which Jung described as “circumstances that seem to be meaningfully related but lack causality,” as well as the hidden meaning of dreams.

Pauli began to come up with a way to explain all this, assuming that certain people have the ability in some way to influence the nearby technical equipment with forces not yet understood by science.

Pauli was so convinced that this was a real scientific enigma that he discussed it in detail with Jung himself. One of his ideas was that this was due to a kind of psychokinesis in which mental energy is projected onto the physical environment.

Interestingly, Pauli’s reflections on this are some of the earlier ideas put forward for psychokinesis in an era when it did not even have an official agreed name.

Alas, Pauli was never able to prove any of this, although he spent a lot of time thinking about it and writing various reflections on psychokinesis in his journals.

He often lamented that it was impossible to prove any of this under rigorous laboratory conditions, that in the end it was mostly based on chance evidence and was probably doomed forever to be misunderstood.

Pauli went on to argue that the Pauli effect is completely real and that humans can indeed mentally influence surrounding objects and electronics until their death in 1958.