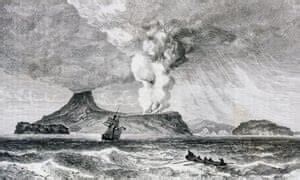 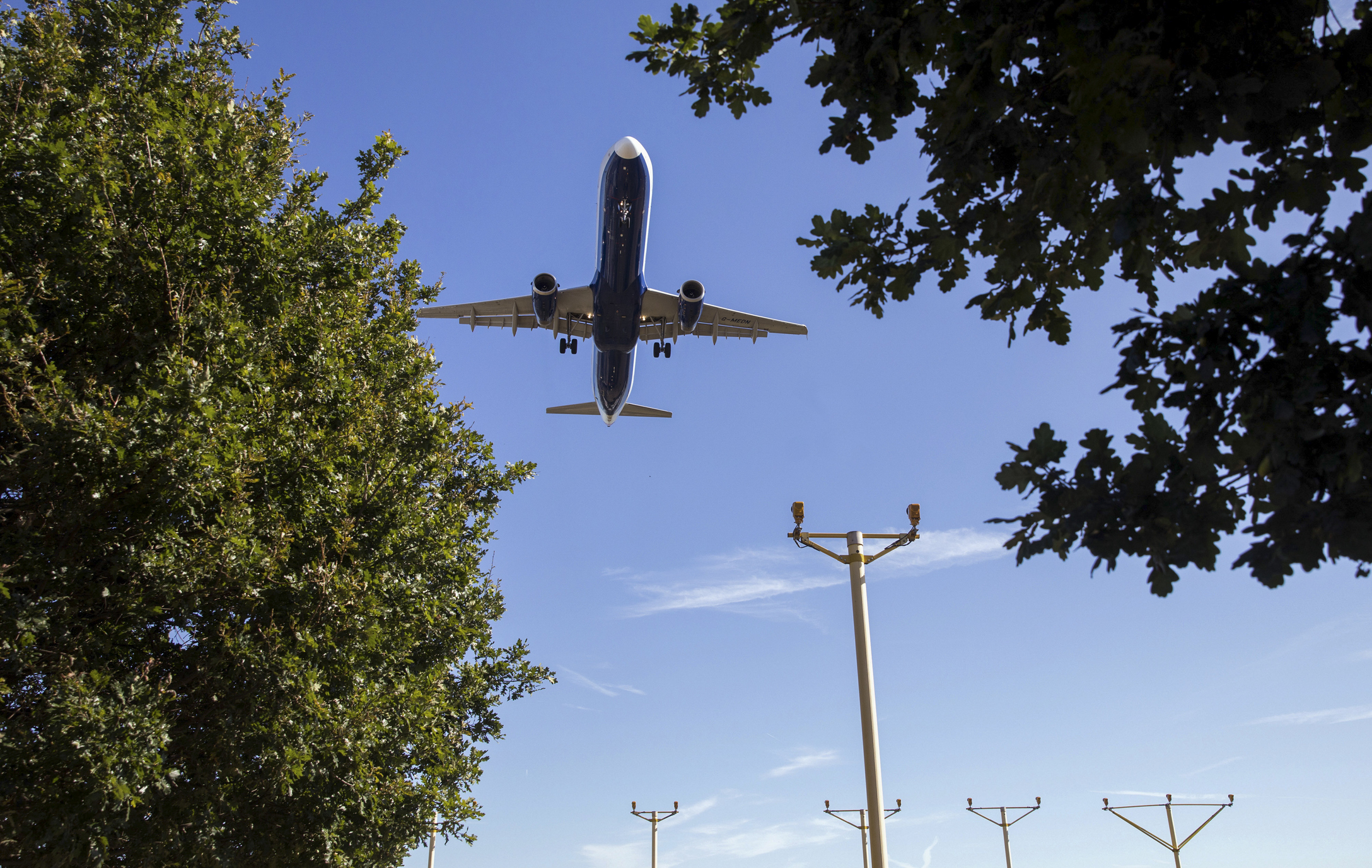 Could air traffic be a cause of the Hum? … An airplane prepares to land at Heathrow airport. Photo by Chris Ratcliffe / Bloomberg / Getty Images.

“Whenever I wake up it is there and it is unbelievably loud. When nobody else can hear it you think you are going nuts, and it just wears you down,” says Simon Payne, 55, from Cambridgeshire. Payne is a hearer of the mysterious global phenomenon known as the Hum. “I have been desperate to get away from it, so I have stayed with friends – and even moved house.”

The Hum is experienced as a consistent, low-pitched noise, much like the sound of a large truck idling in a nearby parking lot. Hearers tend to report experiencing it in urban areas – leading some to conclude that it is, in fact, a form of noise pollution screened from most people by the general city soundscape.

It is said to cause symptoms that range from insomnia to headaches to dizziness. But because its actual source is unknown, it is impossible to discern its effects accurately.

The earliest reliable reports of the phenomenon date from the UK in the early 1970s, according to a 2004 investigation by the geoscientist David Deming, a Hum hearer himself. Deming was unable to find a source, urban or otherwise, but despite the tantalizing nature of the mystery, his is one of the few formal studies that exist. Mainstream scientists, unwilling to keep company with Hum-theorizing alien fanatics and conspiracy theorists, have largely avoided the topic – unfortunately for those who suffer its effects.

But in 2012, on hearing the Hum himself, science teacher and former university lecturer Glen MacPherson decided to follow in Deming’s footsteps to get to the bottom of the strange phenomenon. To start, he created the World Hum Map and Database – an interactive map that has accumulated thousands of hearers’ descriptions of their experience and their locations across the globe. (He estimates that up to 4% of people worldwide can hear the Hum.) Armed with this and a team of volunteer investigators in various countries, MacPherson set out to test a set of four hypotheses regarding its possible source.

Natural sources of sonic phenomena were an obvious starting point. Sounds resulting from volcanoes for example, have been verified as propagating for durations and distances that seem unreal, circling the entire Earth multiple times. However, Elizabeth Silber, a Canadian physicist and planetary scientist who investigated reports of a hum in Windsor, Canada, says: “There are many natural sources … such as aurorae, lightning, meteors, volcanoes, waterfalls and ocean waves. Yet none of these seem to be consistent with the manifestation of the Hum.”

In any case, one thing the database confirms is that a large proportion of hearers – though by no means all – are based in urban areas, making some form of urban noise pollution a key possibility.

Deming’s investigation, however, ruled out any possible acoustic origin, claiming: “The bulk of the evidence suggests that the Hum is not an acoustic sound.” He explained: “This is indicated by the simple fact that most people do not hear it.” Instead, he attributed the cause to electromagnetic energy.

Deming hypothesized the source could be very low-frequency radio signals between 3 Hz and 30 kHz, used globally to communicate with submarines. Astonishingly, radio signals can elicit an auditory response in humans – the “microwave auditory effect”. This results from radiant energy interacting with soft tissue in the skull that stimulates the auditory nerve. The effect has apparently been researched by the Pentagon as a sonic weapon.

To investigate Deming’s hypothesis, MacPherson built a rather ominous black box made of conducting material designed to shield out such radio frequencies. But once inside, his perception of the Hum only grew louder.

An original researcher of the microwave auditory effect, James Lin, now at the University of Illinois, believes this hypothesis is a non-starter, pointing to the fact the microwave auditory effect requires a signal that is pulsed, which would not yield a constant hum sound. “Unless the sources are pulsed,” he says, “it is very unlikely that any continuously varying electromagnetic or radio frequency signals could interact with living tissues and activate the human auditory system.”

So if radio signals are not responsible, what else in cities could be responsible? According to Geoff Leventhall, a senior acoustician who specializes in low-frequency sounds, possible urban culprits do in fact include acoustic noisemakers: “Ventilation fans on large buildings, air compressors, diesel engines, either as traction sources like buses, or stationary, such as diesel-electric generators, air or water pumps.”

Adding to this barrage, MacPherson cites possible sources including high-speed traffic on highways, mining, air traffic, electrical substations and industrial machinery – especially blast furnaces and large air ducts. “All these can kick out low-frequency sound over tremendous distances,” he says. “Each one of these can cause a low-frequency hum.”

MacPherson continues to investigate the Hum, unperturbed by its many contradictory qualities. For instance, multiple Hum hearers, if in the same room together, will match the Hum to different acoustic frequencies. “That never, ever happens with standard acoustic sources, of any frequency. It just simply never happens,” he says.

Moreover, despite a number of reports, MacPherson is not convinced the Hum has ever been recorded, even by sophisticated audio equipment. And finally, he points out, most hypothesized acoustic sources don’t fit with the sudden onset of reports in the late 60s and early 70s, discovered by Deming.

Thus he believes there is no external, physical source. Rather, he argues it involves a neurological element: “This is caused by something internal – some internally generated perception of sound. But we need to know the trigger and what kind of exposures might be necessary. We also need to know other things the population might have in common that could help explain this.”

Ultimately, the Hum remains a mystery and MacPherson’s search for its source continues.