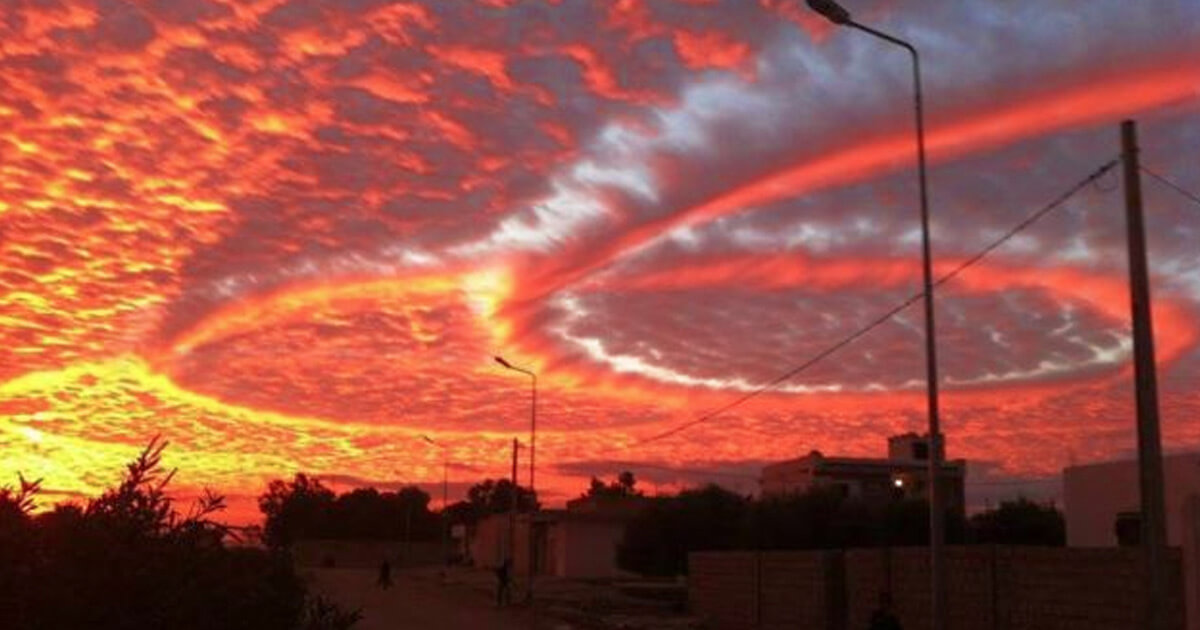 These strange spiral clouds appeared out of nowhere in the sky from Tunisia and as you can tell right off the bat they effectively caused the whole world to panic, to say the least.

For the most part, experts have tried to see whether this could be a natural phenomenon or if this is actual proof of UFOs after all.

These patterns appear to be intelligently laid out which is why experts have had such a hard time dismissing this as just another natural incident. Some online skeptics instantly brought up the fact that this is all just photo-shop and that there’s no way that something like this would just exist in the sky for no reason but this was quickly dismissed as hundreds of eyewitnesses confirmed its existence.

What really happened however is the fact that the atmosphere was so cold here that it caused the water droplets to nearly freeze in midair, being left stranded inside of the clouds.

So, when a flying object flew through it, it left off this visible trail behind it. This flying object could have been a military plane for all we know, although this has yet to be confirmed by anyone from the military. According to the Met Office, however, this is the first time that one such incident has been recorded properly, nicknaming it “distrails” as a way of categorizing it in the known spectrum.

The video below goes more in-depth about the discovery, so definitely go watch it if you want to find out more about it.