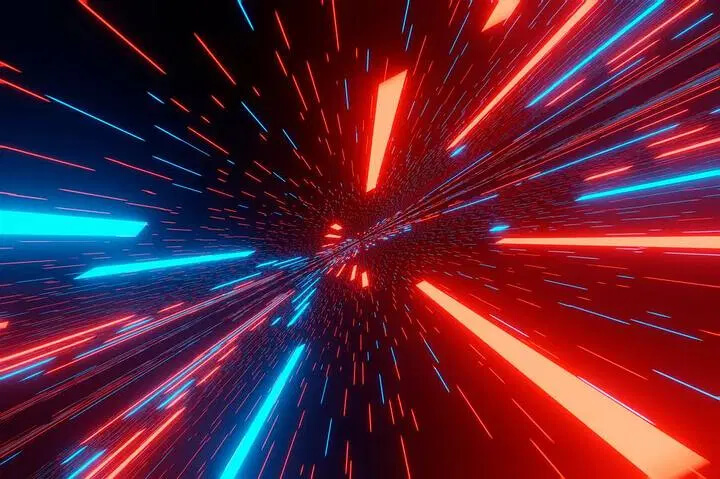 Faster-than-light travel (FTL) is a staple of science fiction and interstellar travel. Of course, this technology would be incredibly useful to us in the real world, and although warp engines – or warp drives – have been considered theoretically possible, they usually involve exotic physics that are beyond our reach. Now, astrophysicist Erik Lentz has outlined a new theoretical design that could enable travel at the speed of light on conventional physics.

The thrust of this engine would allow a spacecraft to be propelled at a speed equivalent to several times the speed of light while avoiding the problems associated with relativistic time dilation. This type of propulsion is based on bending or distorting space-time, in such a way that it allows the ship to approach the destination point.

The problem is that, according to Einstein’s theory of general relativity, it is physically impossible for something to travel faster than the speed of light. This is because as an object moves faster, its mass increases, so when you reach the speed of light, that mass would approach infinity. Furthermore, it would require infinite energy to accelerate to that speed.

But maybe there are some loopholes. In 1994, Mexican theoretical physicist Miguel Alcubierre outlined a design for a warp motor that could theoretically allow something to travel faster than light without breaking any physical laws. The idea is to generate a bubble of negative energy around an object so that the space-time structure in front of the object contracts and the space behind it expands. In the center is a “flat” region of space-time where the object can travel comfortably, where the occupants would not even feel that they are moving.

Of course, this Alcubierre warp unit had its own problems. It’s all very well to casually talk about generating a bubble of negative energy, but doing so would require exotic forms of matter that aren’t exactly readily available — if they exist at all.

No negative energy or temporal paradox

Solving this problem was the goal of the new article. Göttingen University astrophysicist Erik Lentz proposes a way to create one of these “warp bubbles” from positive energy sources.

While studying previous warp impulse proposals, Lentz realized that there were specific configurations of space-time bubbles that had been overlooked. These bubbles took the form of solitons, compact waves that travel at a constant speed without losing their shape. Solitons are seen under certain circumstances in ripples in water, atmospheric movements that produce strange cloud formations, or light that travels through different media. In this case, the solitons propagate through spacetime itself.

Lentz discovered that certain soliton configurations could be formed using conventional energy sources, without violating any of Einstein’s equations and without requiring any negative energy density.

In another interesting twist, the passage of time would be preserved for any traveler. Normally, you would think that objects traveling at the speed of light age much more slowly, relative to the outside world. So, as an old thought experiment suggests, if you put a twin in a spaceship traveling at the speed of light, it would appear to be much younger than its twin that stayed on Earth.

But the new concept overcomes this potential paradox: because there are minimal tidal forces in the center of the soliton, time would pass at the same rate both inside and outside the warp bubble.

While a warping unit using conventional power sources could be a breakthrough, the new soliton method has, of course, its own setbacks. It would still require an absolutely enormous amount of energy that is simply not feasible right now, but there may still be hope.

Investigating them will be Lentz’s priority in future work. As intriguing as it may sound, don’t expect to be in a race with the Enterprise spacecraft any time soon; the study remains primarily theoretical.

“This work has moved the problem of faster-than-light travel away from theoretical research in fundamental physics and closer to engineering,” says Lentz. ‘The next step is to discover how to reduce the astronomical amount of energy required within the range of current technologies, such as a large modern nuclear fission power plant. Then we can talk about building the first prototypes.