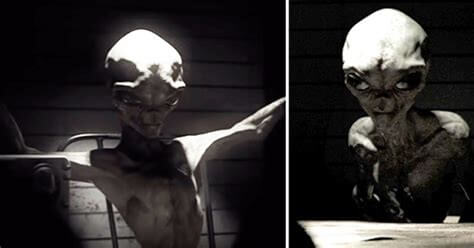 The subject that was filmed in these 3 short interviews, an alien, was held captive for at the very least 5 days straight and it was named “EBE-3”, and allegedly is part of the Blue Book Project from 1964.

This information was never made public, the records were removed except these videos.

There is no proof of whether these videos are real or not, in fact, we don’t know much about this project or what happened to the specimen after the 5 days were over, but what we do know is that this is definitely a good video to study because alien’s message is very powerful and deep.

There is nothing crazier than dismissing a possible theory in fear of its legitimacy. You know the saying, it is real until proven otherwise.

Watch the 3 videos below.

VIDEO 1 – The Alien Reveals the Secrets of Universe

VIDEO 2 – The Alien Reveals the Meaning of Life