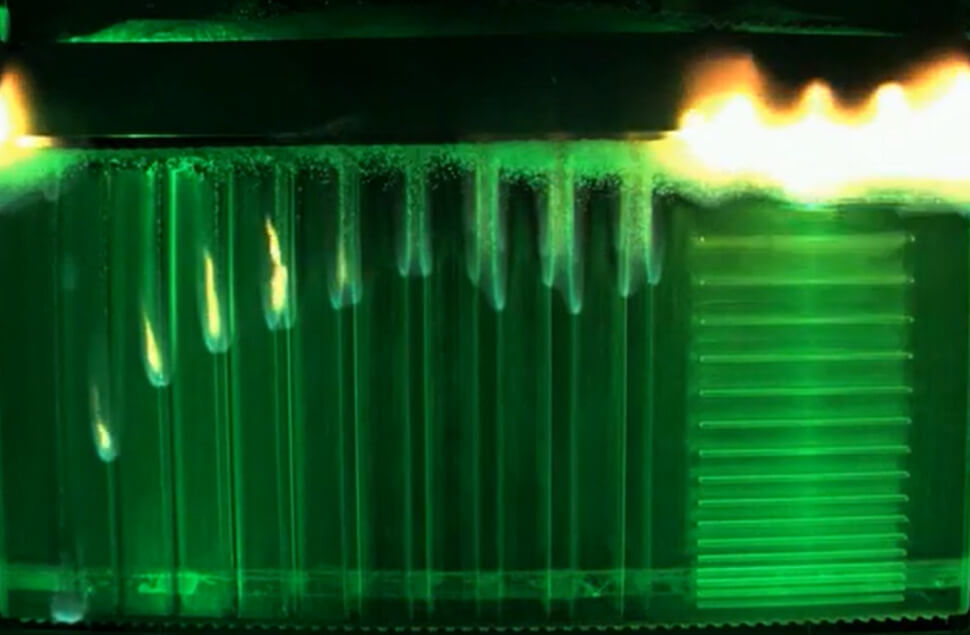 A fiery experiment deliberately lit in a cargo spacecraft last month monitored larger and more dynamic flames than most previous efforts to learn how fire works in space have.

The Spacecraft Fire Safety Experiment-V (Saffire-V), which occurred after a Northrop Grumman Cygnus spacecraft departed the International Space Station on Jan. 6, is the latest in a series of fire studies to protect astronauts on long-term missions.

Saffire-V lasted 26 hours, then the Cygnus spacecraft, which was filled with trash, burned up safely in Earth’s atmosphere as planned.

The experiment involved lowering the spacecraft pressure and filling it with oxygen similar to what humans may breathe in future spacecraft. Sensors embedded in the spacecraft, along with cameras, measured temperature variations, oxygen levels and flame growth. The data could improve fire detection and assist with cleanup after a fire, NASA said in a statement

“The Saffire-V data will allow us to model fire scenarios and increase our confidence in safety strategies,” Gary A. Ruff, Saffire project manager at NASA’s Glenn Research Center, said in the same statement.

NASA plans to fly another Saffire experiment to the space station, although the agency has not specified when it will fly or what the new experiment will study.

Fire behaves quite differently in microgravity than on Earth. Without gravity, hot gasses don’t rise; fires also burn at lower temperatures and with less oxygen. Those differences matter: for example, researchers say the material used to extinguish spacecraft fires must be more concentrated than what we use on our own planet.

NASA is trying to beef up its deep-space systems in preparation for the Artemis program, which plans to land humans on the lunar surface by 2024 if the budget and technology development stay on track. NASA also plans to establish a long-term base on the lunar surface assisted by international partners, commercial robots and landers built under the agency’s Commercial Lunar Payload Services program.

Join our Space Forums to keep talking space on the latest missions, night sky and more! And if you have a news tip, correction or comment, let us know at: community@space.com.