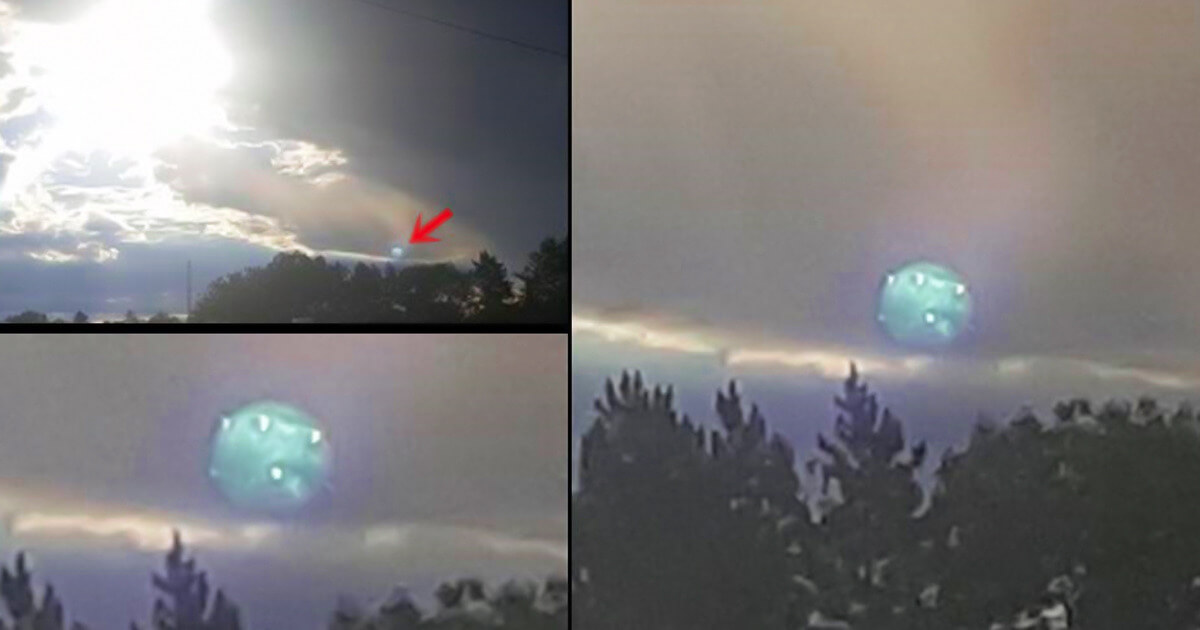 This following encounter was caught on camera by a random photographer that didn’t really believe in UFOs before this. He stated that when he first saw it, he was stoked to have gotten a good picture of the sky and after analyzing it further he decided to see what experts thought about it altogether.

So, he sent the photo of the strange blue orb to NH1 News, and to his surprise, the answer he got was way vaguer than he could have ever even imagined. He stated that their expert meteorologists shrugged at the picture, stating that this was most likely the sunlight protruding through the clouds causing the anomaly to be captured on camera.

This was a pretty flawed explanation, to say the least, as it didn’t make much sense, to begin with. First of all, the encounter wasn’t made behind any clouds and second of all it was blue colored and nothing else in the sky was blue.

So, since he wasn’t happy about it he tried his luck by sending it over to UFO Sightings Hotspot instead.

They stated that this was most likely a lens flare which a UFO from outer space cause. They even brought forth proof of a similar UFO lens flare that NASA themselves captured on camera on June 11th.

Even NASA proved this theory as their own spaceship was captured at one point dropping two blue orbs on the planet as it peered over the sky.