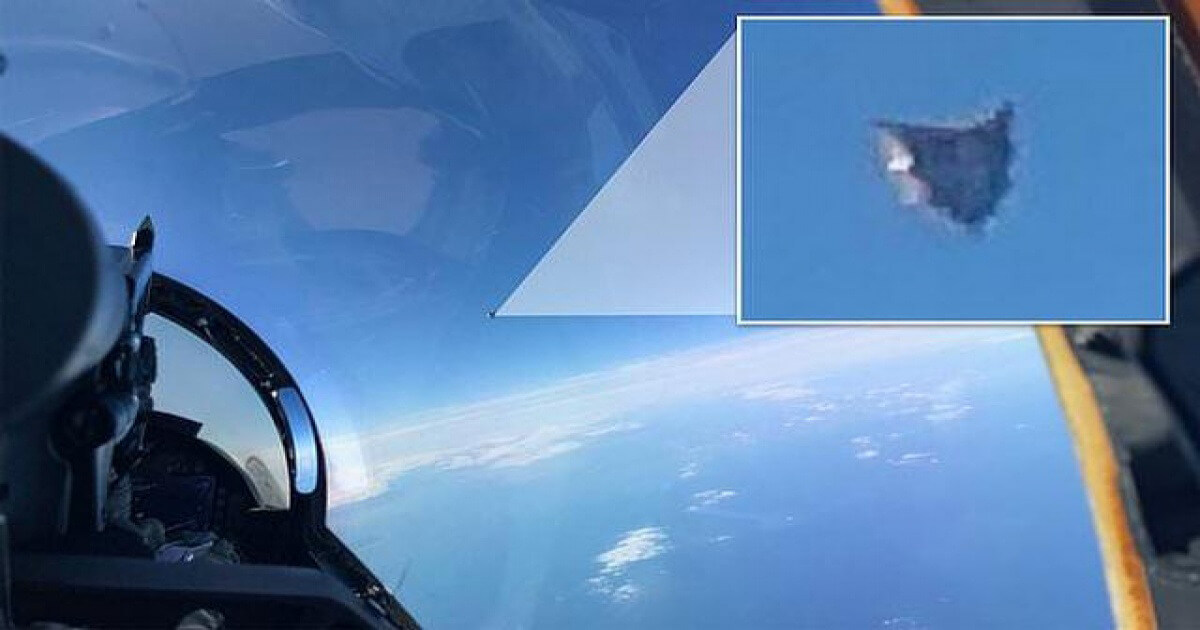 Two Pentagon classified UFO reports have been revealed, the content of which includes a leaked photo showing a mysterious object floating over the Atlantic.

The Department of Defenses Special Corps for Unidentified Air Phenomena issued the two position reports classified in 2018 and summer this year, circulating widely in the US intelligence community, according to a detailed report published in The Debrief based on interviews with multiple sources. The surprising content of the reports includes a leaked photo that had never been made public before, accounts of unidentified aerial phenomena (UAPs) that emerge from the ocean and rise through the sky, and an admission that the extraterrestrial origin of some of these objects cannot be ruled out.

These revelations are extraordinary and give the public a genuine look behind the curtain and how the US government is handling the UFO problem, told DailyMail to Nick Pope, who investigated UFOs for the UK Ministry of Defense.

What this new information does is confirm that the government is taking the phenomenon more seriously than ever before.

And I anticipate more revelations shortly. The leaked photograph The Leaked Photo, published by The Debrief this Thursday, was included in the 2018 report, two members of the Department of Defense (DoD) and an intelligence source told the media.

She was captured off the east coast of the United States by the navigator of what appears to be a F/A18 fighter aircraft, using her cell phone camera, as the sources specified.

The image was previously described as the representation of an unidentified silver cube object floating over the ocean at an altitude of approximately 30,000 to 35,000 feet.

Experts were at first perplexed at the photo but then noticed that the object in it looks a bit like a GPS probe, an atmospheric profiling device designed to be thrown from an airplane, typically over a hurricane.

However, the object in the photo does not have the GPS transponder hanging from it as a drop sounded does.

That is, it does not float in the air. The object may be some other type of weather balloon, but a special Pentagon body found it puzzling enough to include it in its report.

However, our friend and collaborator John Greenewald have analyzed the photo in detail, discovering that the object in question could well be a type of balloon called tetragon or solar globe.

This photo was taken in 2015 and later determined to be a tetragon. I wonder how high these types of balloons can go.

The similarities are there, and it is not the first time that this type of balloon is confused with a UFO,? he explained, clarifying that he does not know what height they can reach.

The second report Even more shocking were the revelations contained in a second report, reviewed by the Pentagon group and issued earlier this year.

There we delve into the possibility that UAPs can move freely through both air and underwater, crossing the ocean without being detected and emerging into the air at incredible speeds.

As he transcended, this report contains an extremely clear photograph of an unidentified triangular aircraft that emerged from the ocean in front of a F/A18 Hornet fighter pilot. However, the photograph could not be filtered as in the previous case.

Do authorities say that the latter report focused specifically on the existence of transmedial ships (UFOs capable of operating both underwater and in the air).

Transcideo This is not the first time military sightings suggest the existence of this kind of transmedial objects (known as OSNis in the ufological community).

In 2017, former Navy Commander David Fravor spoke about the infamous close encounter between an object in the form of TicTaC with the crew on the edge of the USS Nimitz, which occurred in 2004 over waters of the North Pacific.

Fravor added that he was flying on a Super Hornet F/A18F when he made eye contact with the object, which appeared to be just below the water before it emerged, and lost sight when he tried to get closer.

The object was smooth, white, and elongated, and it had no wings or motors visible, Fravor said.