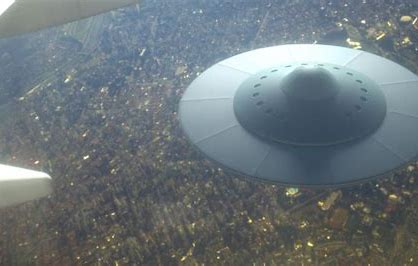 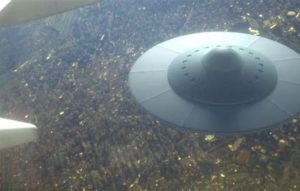 An examination of aspects of Unidentified Aerial Phenomena (UAP) from a scientific perspective.

On 28 April 2020, an article appeared in “The Japan Times” titled “Pentagon officially releases military videos of UFOs.” The story told how the Pentagon had released officially released three videos showing “unidentified aerial phenomena.” It went on to say:

“In Tokyo, Defense Minister Taro Kono said Tuesday that Self Defense pilots had never witnessed a UFO. To be honest, I don’t believe in UFOs,” Kono said at a news conference. The minister said he would consider protocols for SDF pilots in case of encounters, including how to record and report any incidents.”

In a 2 May 2020 follow-up article titled “Japan Defense Ministry to draft UFO protocols in response to U.S. footage,” The Japan Times reported that:

“The Ministry will consider procedures for responding to, recording and reporting on UFO encounters as their unknown nature might cause confusion among Self Defense Forces pilots…Defense Minister Taro Kono said Tuesday that SDF pilots have never encountered UFOs but that the ministry will develop protocols for the possibility. According to the ministry, Air Self Defense Force fighter jets from seven bases ranging from Hokkaido to Okinawa are scrambled to monitor and identify aircraft of unknown nationality….If (UFOs) are encountered, training will be cancelled immediately,,” an ASDF source said. “We will week to identify it from a safe distance, including whether it is a drone and report it to the Air Defense Direction Center for orders”….”To be honest, I don’t believe in UFOs,”Kono said, “But because the Defense Department released such a video, I would like to hear from the U.S. side about its intentions and analysis.”

Later, in a Tweet dated 9 September 2020, Giuliano Marinkovic, advised he had located the following item .on a Japanese television station report.

“Policy to deal with “UFO” Minister Kono, “it will be soon.”

Defense Minister Kono announced that he will soon announce a “coping policy” when the SDF encounters unidentified flying objects.

Defense Minister Kono: “We will soon discuss the policy regarding Japan and the United states, we talked about it during the meeting with Secretary Esper in Guam the other day.”

Minister Kono confirmed at the Japan-US Defense Ministers meeting last month that the SDF and the US Forces have agreed to cooperate on UFOs (unidentified flying objects.) According to people involved in the Self Defense Forces there is eyewitness information that “I often saw it in the past” and in the future we [plan to consider taking measures such as taking pictures. In April of this year, the US Department of Defense released a UFO video for the first time. The Japanese Ministry of Defense also indicated that Minister Kono would set procedures in case the SDF encounters a UFO.”