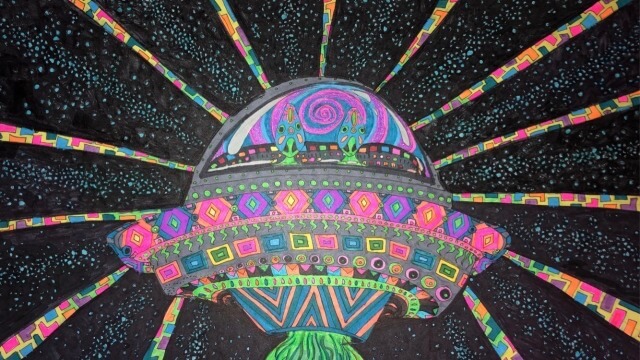 Former Nevada Sen. Harry Reid said Tuesday that the three UFO videos released by the U.S. Navy Tuesday “only scratches the surface” of the Pentagon’s research into UFOs and that the government should consider releasing more information to the American people.

Reid, who was a senator for 30 years and was Senate majority leader from 2007 to 2015, helped to create a so-called “black budget” for the Pentagon’s UFO program, called the Advanced Aerospace Threat Identification Program, according to a 2017 New York Times investigation that revealed its existence. The program was run by Luis Elizondo, who shared UFO videos filmed by the military with former Blink-182 singer Tom DeLonge’s UFO group, To the Stars Academy. The videos, called GIMBAL, GOFAST, and FLIR, have circulated widely over the last three years and were finally officially published by the Navy Monday. Elizondo now works for DeLonge’s organization.

Reid tweeted that he is “glad the Pentagon is finally releasing this footage, but it only scratches the surface of research and materials available. The U.S. needs to take a serious, scientific look at this and any potential national security implications. The American people deserve to be informed.”

Motherboard and Popular Mechanics have reported that the military has a classified version of the FLIR video, which was filmed off the coast of California in 2004; Reid seems to suggest that there exists many more files and documents.

Elizondo and other Pentagon officials have said that the AATIP program is intended to identify “unknown aerial phenomena,” with the idea being that advanced aircraft could pose some sort of threat to national security. While many people hear “UFO” and immediately think “aliens,” the thinking in much of the UFO community is that the U.S. government and other countries’ militaries are hiding highly advanced, stealth aircraft.

The leaking of these three videos spurred a renaissance in UFOlogy over the last few years, and their official release has created another wave of interest in the government’s UFO research. There does indeed seem to be movement in this space—last year, the military officially partnered with DeLonge’s organization to study “exotic” materials, and more details have slowly trickled out about a series of government programs that studied UFO’s.

Wow this is really getting interesting, Looks like I can say I told you so to many friends and family ! WE HAVE NEVER BEEN ALONE !!! ~~~~ WE ARE THE DISCLOSURE !!!

Love and Regards, Thank You,