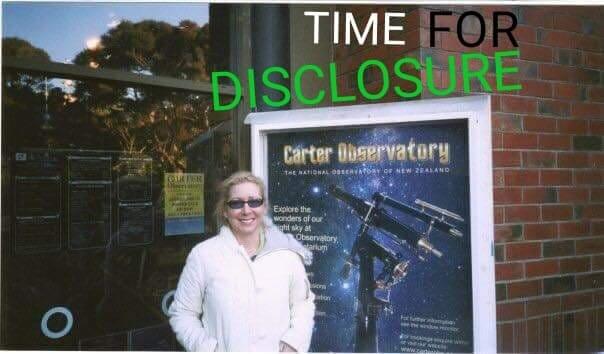 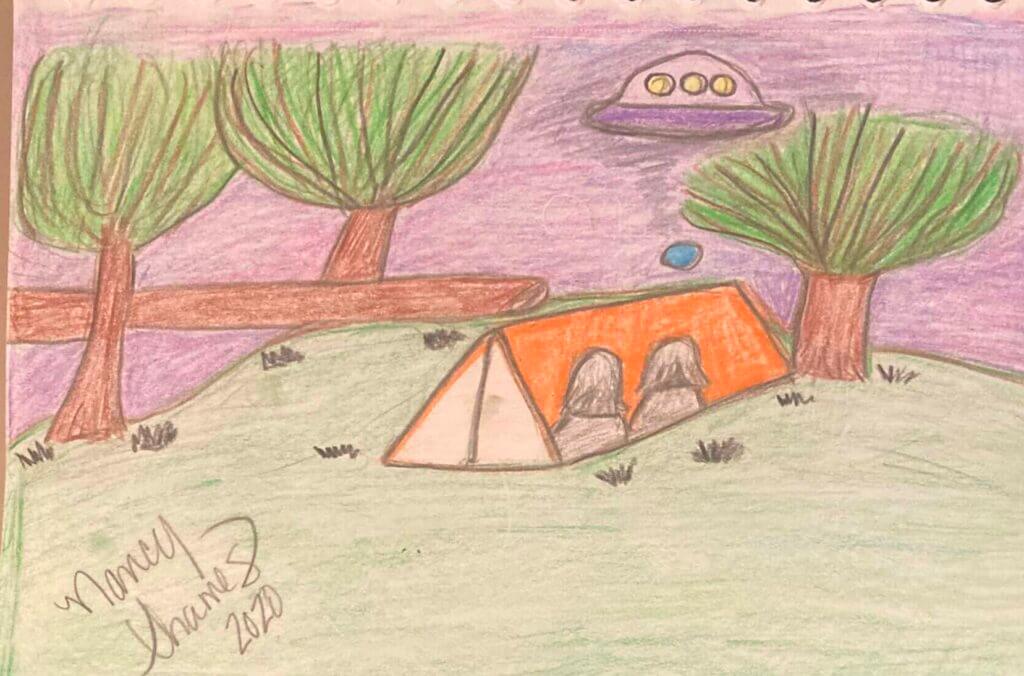 I think one of the many aspects I hear a lot, as a normal human being, is why this Alien phenomenon is so concentrated within the United States. I should say I am also very open minded and love discussing new ideas. I have witnessed UFOs and have been a life long Contactee, so I assume it is the same all over the World. Which I am sure it is.

My own view is that there is an extremely high evidence of the existence of other alien civilizations, I think that is undeniable.

I have seen examples of footage from other countries such as in Chile, Brazil, Peru but these represent a tiny minority. Sighting in several other Countries as well.

Its just the United States position in the last century to give out inordinately vast amount of influence over media and the globe as a whole.

There’s plenty of sightings, reports from other countries. You just don’t see them as much.

USA and the ‘anglosphere’, their stories just aren’t often heard on platforms that originates in the United States.

The same goes for many other fields of human knowledge. Do you hear much from say Chinese historians and anthropologists about their own country? No, you hear from ‘western’ ‘experts’ or ‘orientalists’. Its dumb but that’s the way things are, citizens are kept in bubbles because otherwise countries wouldn’t be able to control them.

Which is why scientists are usually banging on about the pressing need for greater global co-operation and communication. Look at the struggles ‘ufologists’ have had in the past century to communicate and organize and share data with organizations in different countries.

It isn’t a United States only phenomenon.

I definitely accept the point on USA influence over media and the globe. How its being distributed so freely and the disproportionate representation of USA vs global on media, social networks etc. cannot be denied. I don’t think its solely to account though for the volumes. I suspect the UFO topic has become much more ingrained in the culture of the United States as a result of many factors. However, when I say stories, what really interests me more is submission of evidence ( Photos, Videos etc.). What will be interesting to see over the coming years, where you have other countries freely accessing platforms like these is to what extent this over reporting bottoms out. I suspect , adjusting for populations, the USA will always be the leader with these accounts of UFOs. I also think purely from an evidence standpoint, what is present currently is very weak. I also don’t accept other countries aren’t capable of sharing any better evidence with the world, China for example is extremely capable in digital media. It says more about the strength of the argument for visitation right now, that there hasn’t been compelling evidence provided from any country. But who knows, lets see whats uncovered in the future

Yes, I expect that this is the reason for Disclosure by increasing volumes of evidence that inevitably will increase further.

The world is changing, has changed, rapidly. It can be hard to see how much partly because people adapt quickly to those changes.

Further to your other points, tech isn’t the only consideration of China (and the USSR were) definitely capable of providing evidence. But when you’re in a dog eat dog, violent, manipulative, and ruthlessly competitive world, what advantage is there in telling your enemy what you know or don’t know?

And there is no doubt that most of the world sees the USA (and its allies) as an enemy, thanks to the things the United States has done and still does. The USA wipes its memory clean with every new president, however this doesn’t work for its adversaries and victims.

Most reports seem to conclude that 10% to 20% of sightings can’t be explained and remain unidentified. Most governments apparently assigned this phenomena a top-secret rating (which makes sense, it reveals the impotence of the government in its most fundamental role, of protecting its people).

As you mention, the USA has a particular UFO ‘culture’ or folklore. But I think that is a consequence of the USA taking the approach to the phenomenon they have, rather than a significant difference in the manifestation or frequency of the phenomena.

Its also possible that the phenomena is different in different parts of the world so this would make sense given the world is different all over. Our scientists categorize and divide and classify things they study, and approach them differently accordingly.

I expect that more and more evidence will be provided as time passes. Especially as other nations advance their own space and other scientific and military programmers. And I think we will rapidly reach a critical mass, quite soon , that will inevitably lead to a fuller disclosure, ideally, the USA would not be ‘in charge’ or in the lead of this as they have an untrustworthy history on the subject and others.

UFOs are not part of popular culture there and people have little interest. But ghosts … that’s a whole other thing.

Probably who made the map had a much easier access to USA data due to English language;

,same applies to UK where in fact you also can see a disproportionate density of sightings compared to other EU countries. In other words, that map is probably not accurate at all.

I think this is mostly because of English speaking Internet. There is a multitude of sightings all over the globe, but those are never in the headlines because United States media and the Internet aren’t interested.

Do you think China’s news or Russia’s news talks about the USA all day? No, they report news all over there country including any UFO sightings.

7 million people live in Hong Kong and there are probably 10 million working smart phones. Why are there not sightings there? That is the big question. Has nothing to do with media.

I have seen Chinese sightings discussed. There are sightings literary all over the globe. There are quite many sightings in South America, especially in Brazil.

It’s not about who controls the media, it’s about easiness to access data of sightings from all over the world. Unless whoever made the map had a team who spoke all the languages in the world, you can easily understand that sightings from non-English speaking nations got to be heavily underrepresented. For example, they might have used sightings reported from local news… Did they read Russian local newspapers as well? Chinese? Brazilian? Etc. Same might apply to official documents as well, which are harder to find if you don’t know a language. Confirmation of this is that UK has much more density of sightings compared to nearby European countries.

I have been thinking about this for a a few months now.

Regardless of what language other counties speak, there is still an overwhelming swing towards USA based UFOs. There are so many “truthers” out there that you would think there would be a plethora of other evidence to investigate and share but you rarely see any books/films/series/articles about UFOs from other counties. To be clear I’m not saying there isn’t, it’s just a very tiny minority.

We live in a multi cultural world these days, you’re telling me Russian or Chinese believers who are based in the US wouldn’t look in to evidence from their home countries, gather it, translate and share it? Are other counties just in extremely good at keeping it all secret?

I don’t buy that aliens would focus on the USA because of how advanced it is. If you’re studying the globe there is something interesting to see in every corner. You think aliens just want to keep up with the kardashians?

But what I hate is the amount of utter drivel people come up with which totally muddles the water, discredits any actual evidence.

You’ll probably get the best results (due to the nature & origin of the internet) by looking up ‘5 eyes’ countries.

(Five Eyes
The Five Eyes is an intelligence alliance comprising Australia, Canada, New Zealand, the United Kingdom, and the United States. These countries are parties to the multilateral UK/USA Agreement, a treaty for joint cooperation in signals intelligence.)

Canad, Australia, France, Belgium, Germany, Italy,Brazil, Costa Rica, Mexico, Russia (or USSR), China, Panama, UK, Iran, all have a fair amount of cases/documentation/gov reports that you can find (or find reference to) on the internet.

The Soviet reports and approach are pretty interesting and fairly well documented, there’s a Chinese one I remember that investigated an incident in Central Asia and tried to determine speeds etc. There’s also a very famous and fairly comprehensive (though there’s stuff missing) report from the Brazilian military.

The USA has bases all over the world, it extends globally as an empire. From an outside perspective it probably is quite interesting. And a lot of the reports seem to suggest they like looking at nuclear material, which Extraterrestrials would want to check out.

I hope this help, I understand why it’d seem like it was a thing specific to the United States, but it really isn’t. Like the Romans probably thought they were at the center of the world too.

Thanks! I expect there are lots of stories and evidence we can research and find and share with others.

Either way I think I just want more of a global view of this phenomena, and wish attention seekers didn’t muddy the waters so much with fakes.

The fact there isn’t a global concerted effort by scientists to understand the phenomena as a whole is telling I think. There have been national reports only at least from what’s published.

And the amount of disinformation etc is extremely frustrating.

But, if you accept the existence of the phenomenon, this can only change for the better, as in mass communication, language translation, and instruments etc. become more and more widespread.

I think maybe your best bet would be to contact a Ufology society or organization and ask if they have anything concerning a more global picture. I’m sure its been discussed by Ufologists before, and they often try to share data and articles.

It’d be super useful to do an statistical analysis or meta-data trawl and see if there are globally significant & observable patterns.

I’d like to think that there is a collective effort. In fact, I’m sure there is.

Yea you can say the United States is a hotspot but not the number 1 hotspot…. I believe South America is the most popular hotspot for these E.T’s to come to

Daily detected alien observers or seen in our skies … I’ve thought about this a lot as well. To me, The more likely scenario in my mind is that they send an unmanned craft here.  A sophisticated alien “drone operator” could gather what they need without risking their own species’ lives in the process. I am sure their are manned spacecraft as well.