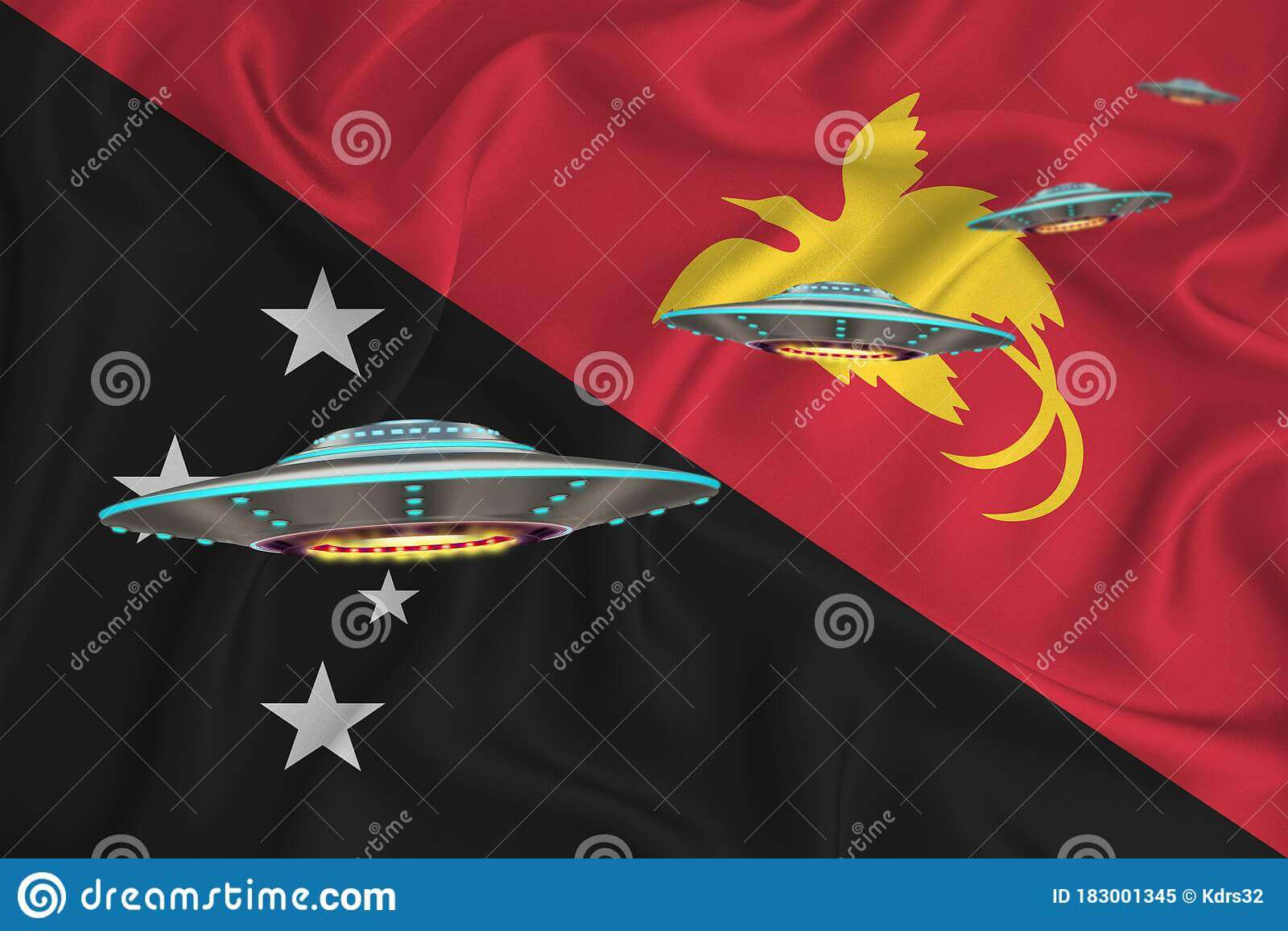 On April 5, 1959, at the Anglican mission village at Boianai, Papua, New Guinea, one of the most well-documented cases of alien visitation began. At this time in history, this village was a territory of Australia. The Australian Anglican Church had sent Father William Booth Gill to lead the mission. He would be the main subject of a series of UFO sightings with alien beings. 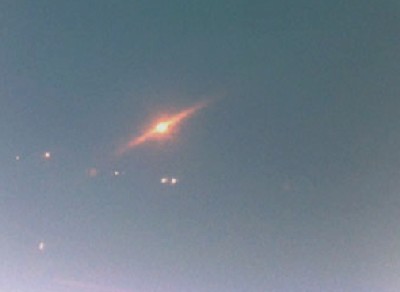 Reverend Gill, highly respected by the Church, was well-liked by his colleagues. Gill was a skeptical man where UFOs were concerned, and certainly not looking for them. His hands were full running the mission. The first hint of alien contact would take place on April 5. Gill, while scanning the landscape, saw a light on uninhabited Mount Pudi. The light, states Gill, moved extremely fast.

During the summer of 1957, Gill’s assistant Stephen Moi reported to him that he had observed an “inverted saucer-shaped object” which was hovering above the mission. Gill thought nothing of it at the time. The report, though quickly dismissed, would at least turn their attention to the skies above, readying them for what was to come-direct contact with alien beings.
The Size of 5 Full Moons:

On June 26, Father Gill again saw a bright light to his northwest. Evidently, rumors of the previous sighting by Moi had spread among the villagers, and soon they were beside Gill, watching the light above. Sworn statements of this event listed 38 individual witnesses who saw a disc-shaped UFO the size of 5 full moons strung together. The UFO had four legs, like landing gear, but was high in the sky.
Four Human-Like Beings:

An enormous object was hovering over the mission. Soon, four beings, similar to humans, emerged from the object. They appeared to be working on something on their ship. The beings would go inside the object, and then soon return, as if fetching tools. At regular intervals, a blue light shone up above the UFO. This craft was visible for 45 minutes, vanishing at 7:30 P.M.
25 Observers Witness Event:

Forty-five minutes later, many of the witnesses remained, still pondering the sight they had seen. Soon, several objects smaller than the previous UFO would appear in the sky. About 20 minutes afterward, the first UFO was back in view. The sighting of the larger UFO would last four hours, as witnesses would come and go. Twenty-five witnesses signed their testimony to the sighting. A heavy cloud cover ended the event.
Beings Working on Object:

Incredibly, the next night the giant disc-shaped UFO returned at 6:00 PM. Two of the smaller objects flanked it. Father Gill, with many of the witnesses from the night before, watched the unbelievable sight. Father Gill’s statement concerning the sighting:
“On the large one, two of the figures seemed to be doing something near the center of the deck. They were occasionally bending over and raising their arms as though adjusting or “setting up” something.

“One figure seemed to be standing, looking down at us.”
Gill then waved at one of the creatures. “To our surprise the figure did the same. Ananias waved both arms over his head-then the two outside figures did the same. Ananias and myself began waving our arms, and all four seemed to wave back. There seemed no doubt that our movements were answered… ”

This exchange of waves continued for some time. One witness, Eric Kodawara waved a torch at the beings, and they waved back. Gill left the group briefly to eat, but when he returned, the object and beings were still there. This time they were farther away. There was a church service at 7:45 PM, and afterwards, the UFO was gone.

The series of alien contacts in Papua, New Guinea, seem like something from a science fiction movie. However, the reputation of Father Gill cannot be overlooked, and there is no reason to think he and the other witnesses were lying or hallucinating.
Veteran UFO expert Dr. J. Allen Hynek thoroughly investigated the Papua events, and concluded that they were genuine. No alternate explanation has been offered to explain what happened, except to say that UFOs and alien beings visited New Guinea in 1957.

It is now 50 years since a 31-year-old Australian Anglican missionary in Papua New Guinea, William Gill, and 37 parishioners and staff made the best attested and least explained sighting of unidentified flying objects in the long, otherwise kooky history of the genre.
The day before the celebrated encounter of a mystifying kind, Gill had written a letter to David Durie, acting principal of St Aidan’s College, which trained teacher-evangelists at Dogura, then the headquarters of the church in PNG.
Gill, who was priest in charge at Boianai, a large village on the mountainous north coast of Milne Bay province, about 25 km west of Dogura, told During of a UFO sighting by Stephen Moi, then an assistant teacher.
He wrote: “There have been quite a number of reports over the months from reliable witnesses.
“The peculiar thing about these most recent reports is that the UFOs seem to be stationary at Boanai or to travel from Boianai,” a beautiful location brilliantly captured by pioneer Australian photographer Frank Hurley in 1921. “I myself saw a stationary white light twice on the same night on April 9 . . . the assistant district officer, Bob Smith, and Mr Glover have seen it. I do not doubt the existence of these things, but my simple mind still requires scientific evidence before I can accept the from-outer-space theory. I am inclined to believe that probably many UFOs are more likely some form of electric phenomena or perhaps something brought about by the atom bomb explosions etc.
“That Stephen should actually make out a saucer could be the work of the unconscious mind, as it is very likely that at some time he has seen illustrations of some kind in a magazine.
“It is all too difficult to understand for me; I prefer to wait for some bright boy to catch one to be exhibited in Martin Place.
“Yours, Doubting William.”
The following day, he wrote again: “Dear David, life is strange, isn’t it? Yesterday I wrote you a letter, expressing opinions re the UFOs. Now, less than 24 hours later I have changed my views somewhat.
“Last night we at Boianai experienced about four hours of UFO activity, and there is no doubt whatsoever that they are handled by beings of some kind. At times it was absolutely breathtaking. Here is the report.
“Cheers, Convinced Bill.
“P.S. Do you think P. Moresby should know about this? If people think it worthwhile, I will stand the cost of a radio conversation if you care to make out a comprehensive report from the material on my behalf!!”
What had Gill and his parishioners seen?
The notes he made following his encounter describe a bright white light appearing in the northwestern sky, approaching the mission station, then hovering about 100m in the air.